Can Apes (Including Humans) Be Naturally Patterned Like Felids? 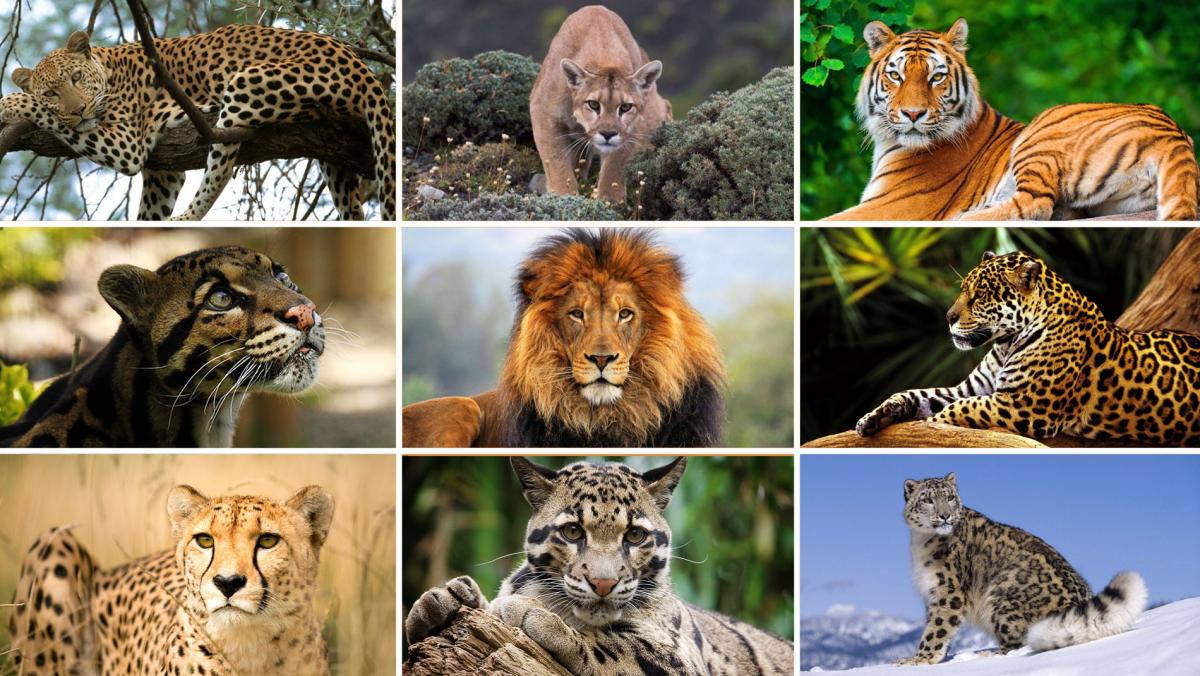 Apes are visual species who rely more on their eyesight than any of the other senses. As a result, they see the world in three shades of color, whereas other mammals see in one or two shades. That is how we can see the tiger as orange or the jaguar as a kind of golden yellow.

In an alternate Earth, could apes (including humans) be naturally patterned like the big cats rather than as a result of artificial genetic engineering or disorder?

They already are. And that includes us humans. You just can't see it.

Our patterns are called Blaschko's lines. They exist because when we are embryos, the cells that will form our skin migrate in waves to where they will be. In almost every human the cells are all genetically identical, but if some of the first cells mutate, or in the case of chimeric people, there will be different populations of cells in the skin.

In such cases, should a condition affect only one population of the cells or affect each population differently, the patterns may become visible. They look like this: 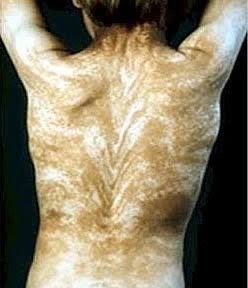 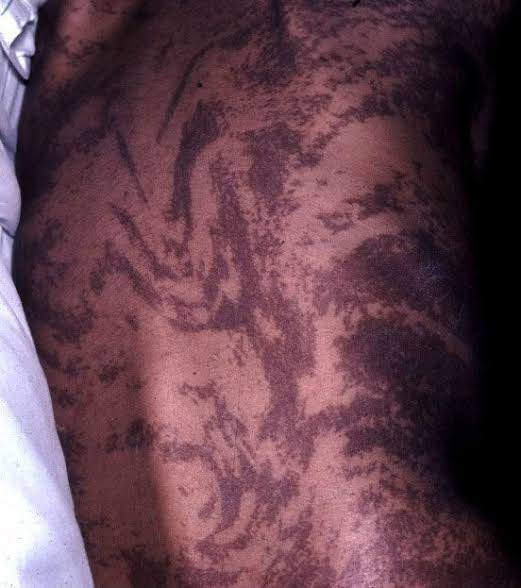 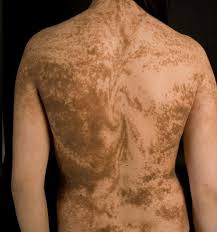 Notice that this is not the same as vitiligo.

It is also possible for someone to have two skin cell lineages and have no visible patterns - under visible light. Sometimes these patterns are only visible in UV. You can try and find out if you are chimeric by exposing yourself to a UV lamp (the odds are pretty low).

If you wish for hominids in your world to have such patterns without the need for mutations or chimerism, have the skin pigmentation genes to activate just like most genes in the X chromossome do. In every cis woman's cells, one of the X chromossomes is shut down. The one that is shut is decided at random early during embryo stages, so there are whole patches of skin cells grouped together with only her mother's or her father's X chromossome activated.

If you want both sexes to display this characteristic, either have the genes for it outside the X chromossome, or have them in the X and also in the combining regions of the Y.

Last but not least, remember that just as genes can affect skin as described above, they can also affect hair and fur. So you can decide whether you wish for the patterns to exist only for the skin, for the coat, or for both. 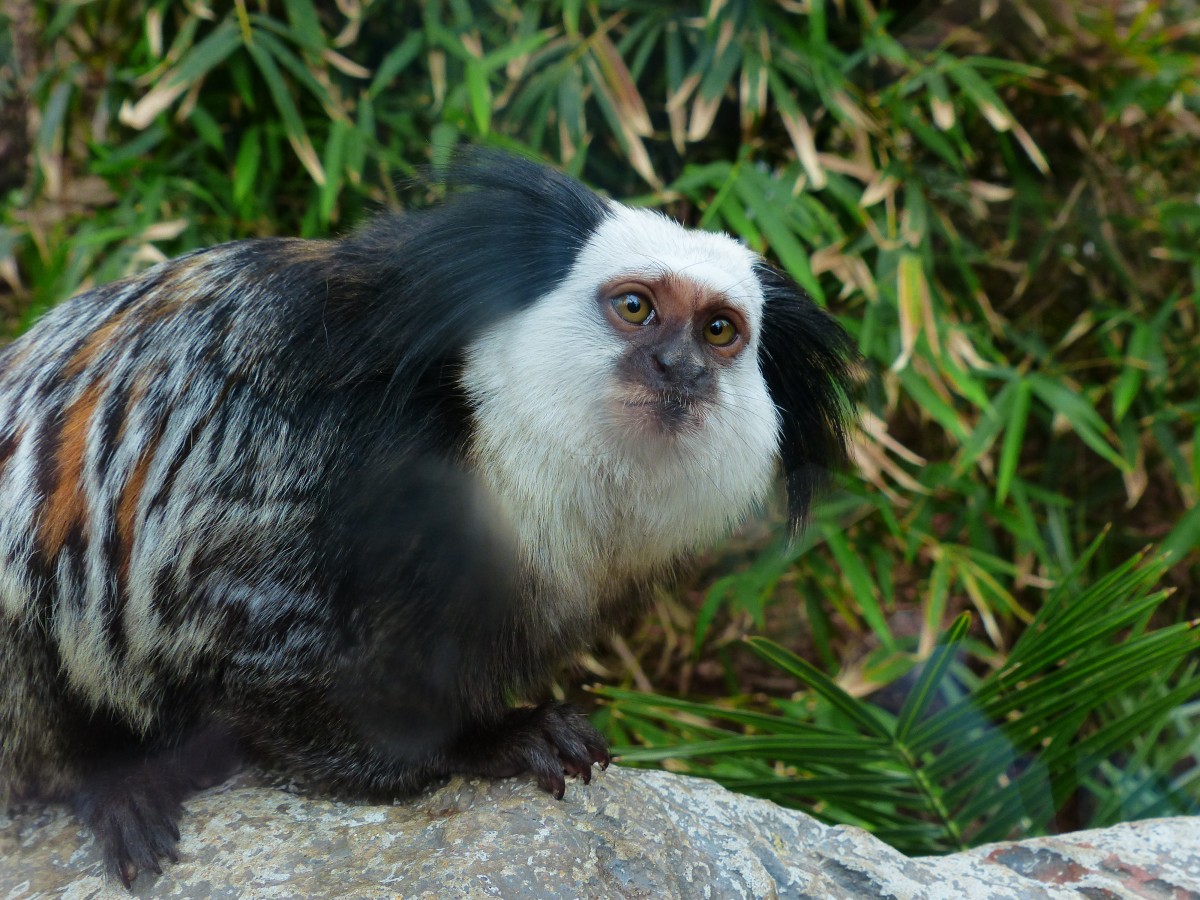 I think this is a white headed marmoset. It has 3 color stripes in the body and a pretty striking face. Of the images in your montage the cloud leopard is the closest to the marmoset pattern-wise and also habitat wise. Other mammals from very different lineages have patterned coats - dogs, zebras, tapirs, mongooses etc.

Marmosets are primates but not too close to great apes. The great apes are uniformly colored I think (excepting when they go gray). But hair color has a lot of evolutionary flex and I think any fur bearing mammal could potentially have a patterned coat.

The problem with humans is that we have such puny coats. You would first need your humans to muster up some fur. Or you could have fur in a pattern - human body hair is definitely in a nonuniform pattern. Or you could have the skin itself be different shades - dark skinned people often have light skin palms, and light skinned people can have darker pubic skin. There is no reason the skin could not have a pattern. For evolution to select this of course the skin pattern would have to improve fitness somehow - probably because it was visible.

Not the answer you're looking for? Browse other questions tagged science-based humans genetics alternate-earth unusual-color or ask your own question.

4
How could a human learn to talk to “apes” (like from Planet of the Apes)?
6
Can you help me design humans that naturally grow green hair?
10
How can people naturally become smaller?
5
What would humans look like if their blood were silver?
7
How large can differences in gravity be without being overly dangerous to humans?