Is it possible to create a realistic habitable planet/moon with actually alien landscape? [closed]

There is a standard challenge while creating landscape for habitable planet, as it should be both:

The question only covers landscape (I know that there is plenty of fun with orbit mechanics and axial tilt), but I want to be reasonably narrow. Habitable is defined as able to maintain biosphere creating atmosphere breathable for humans. The perfect answer would look quite alien, while being backed up by plausible geological mechanism to explain its origin.

The "alienosity" (not sure if such a term exists) of a landscape is in the eye of the beholder.

The first time an European eyes has seen an Australian landscape, with cangaroos, koala, emus, for sure ilthey have perceived an alien feeling.

Or take any place south from the equator for an European explorer: the sun high north at noon?!?

Even today explorers, when surveying unexplored regions like the Challenger deep, describe it as alien.

Even to my eyes the Joshua Tree National Park was an alien landscape, seeing it with eyes used to agricultural European regions.

Think of just adding a second moon: that would make the landscape alien for any Earthling.

So, yes, it is possible, as long as it is different from what one is used to.

You are limiting yourself a lot by demanding a human inhabitable planet. Truely alien options would be habitable ice-shell icean worlds like Europa (it life truely originated in deep sea hydrothermal vents like the DNA if the last common universal ancestor suggests, Europa could be considered a prime example of the majority of habitable planets). I just metioned thus to show you that Earthlike might not be the standartmodel. Another somewhat earthlike but truly alien planet would be a liqid hydrocarbon world like Saturns moon Titan. Water takes the role of rock and ammonia-water mixtures the one of lava. There are some indicators that life in titans hydrocarbon lakes is not impossible . 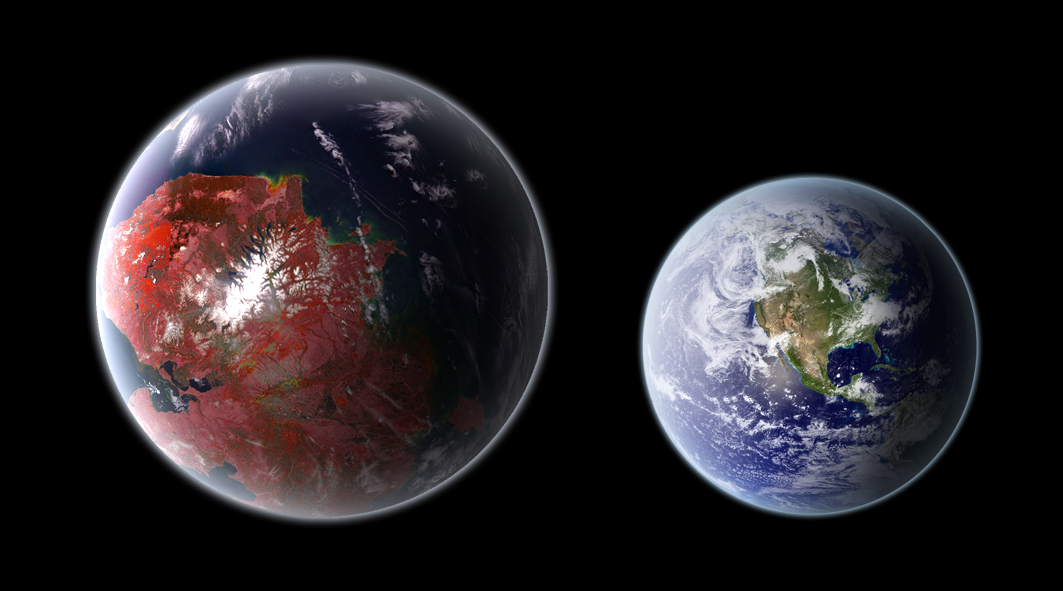 A superhabitable planet is a concept proposed by astrophysicist Rene Heller that challenges the assumption that Earth has an optimal setup for life. On Earth the vast majority of the surface is desert, be that the deep ocean, icelands or actual deserts. The paper seeks to utilize a biocentic definition of habitability instead of the currently popular anthropocentic one. This results in these optimal conditions.

-Radius: to maintain a similar Earth density, its radius should be between 1.2 and 1.3R⊕.

-Oceans: percentage of surface area covered by oceans should be Earth-like but more distributed, without large continuous land masses. The oceans should be shallow; the light then will penetrate easier through the water and will reach the fauna and flora, stimulating an abundance of life down in the ocean.

-Distance: shorter distance from the center of the habitable zone of the system than Earth. Temperature: average surface temperature of about 25 °C (77 °F).

-Star and age: belonging to an intermediate K-type star with an older age than the Sun (4.5 billion years) but younger than 7 billion years.

-Atmosphere: somewhat denser than Earth's and with a higher concentration of oxygen. That will make life larger and more abundant.

On Earth we are used to a blue sky.

Well, sometimes at least. This video by worldbuilding youtuber Artifexian will give you a nice overview of the possibilities. Almost every skycolor and a number of very cool alien phenomena can be created by playing around with stellar spectral class, pressure and atmospheric composition.

His plant color section is a bit more questionable and looking up the absorbtion spectra of the plant based chlorophylls on Earth, a, b, c1, c2, c3, d and f in order to determine plant color might be more realistic. Note that chlorophyll f does not use visible light but infrared, making it very interesting for habitable worlds orbiting low mass flare stars. Imagine metallic blue plants which only use red and infrared light and attempt to reflect all other light in order to survive deadly flare events.

Total ocean planet with most seafloor in photic zone

For a detailed discussion of ocean planets watch this video by sience fiction and futurism youtuber Isaac Athur. Achepelago planets would probably be too earthlike and human inhabitability becomes very unlikely on ocean world with very deep oceans, because the lack of nutriants and minerals in the photic zone will make photosynthesis and thus oxygen production a unviable survival strategy. These world will be like Europa, only possessing a deep sea biosphere. As the oceans become deeper the planet will turn into a abyssopalagic one where water turns into an exotic ice at the seafloor. Not even a deepsea biosphere is likely to exist on such a world.

So a planet with little vulcanism and almost no tectonic activity is needed to make global oceans so shallow that seafloor within the photic zone becomes the dominant biome. Such a world would be a very alien water world and could be considered superhabitable. It would most likely be a superearth with more than 5 times the mass of earth so that it's profile remains flatt or a vulcanically dead world.

This doesn't sound very cosy but would still be habitable for humans if done properly.

Sulfuric acid oceans can be expected on large Exo-Ios. Io is a Jovian moon which is very vulcanically active. Imagine a bigger version of such a vulcanic planet with oceans. The vulcanic activity would produce sulfur dioxide which would react into sufluric acid. All life in this world would be what we consider extermophiles. 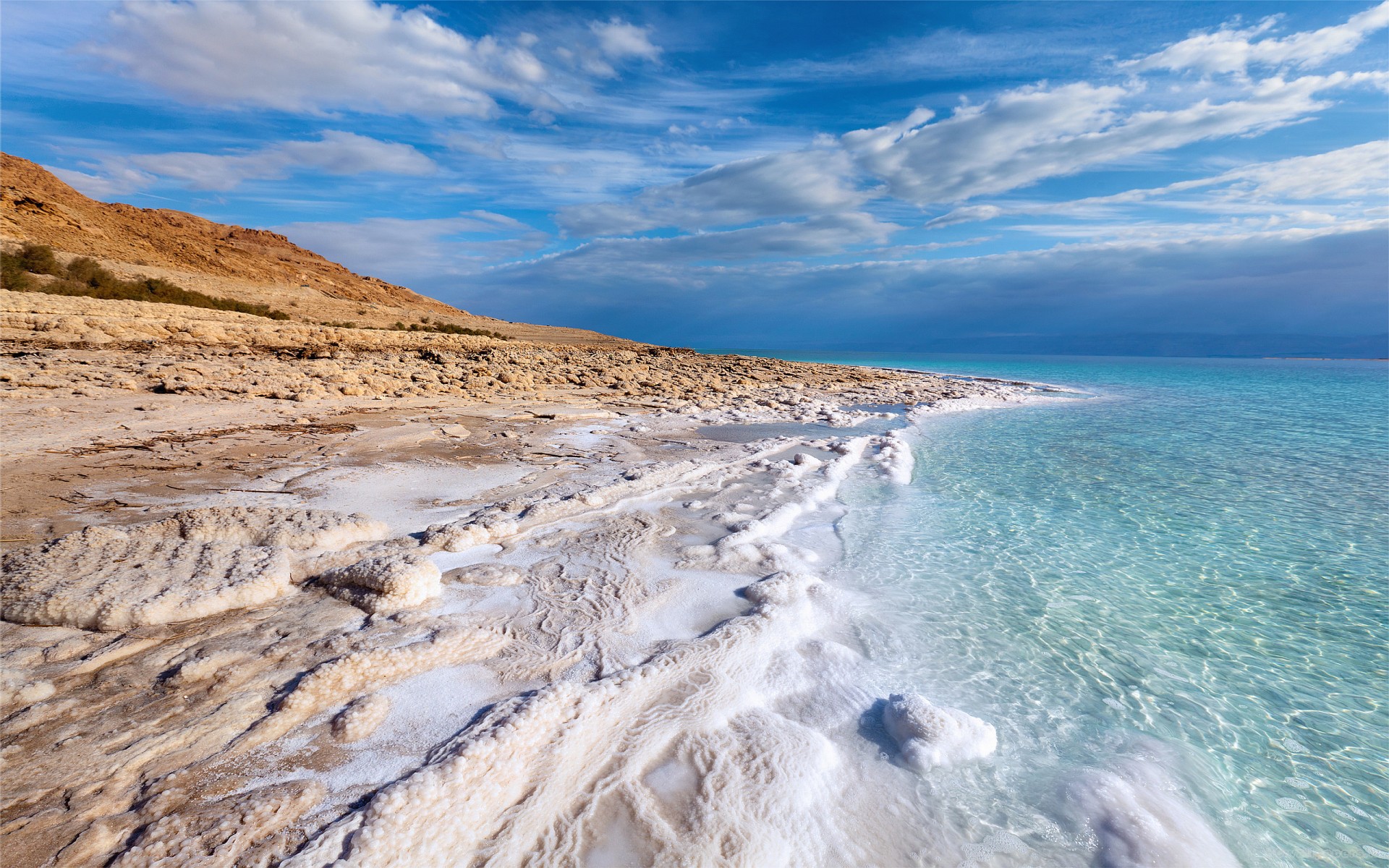 Supersaline oceans could come be created by strong erosion which carries a lot of salt into the oceans. Think of a global dead sea. Lifeforms would be similar to our worlds halophiles.

Most possibly alien landscape is one without land. For example, Larry Niven's "The Integral Trees" takes place in a ring of habitable atmosphere around neutron star, with freely floating flora, fauna and blobs of water.

Impossible to have an Alien Planet that is like Earth

Even parts of current day Earth would not be 'habitable for humans' let alone an entirely different ecosystem. We would most certainly die (if not shortly, perhaps instantly) if we were to breath it - the likelihood that the atmosphere would be breathable like in sci-fi would be too remote as to call it almost impossible.

If one were to ignore that fact then, we can come to a much more interesting conclusion: if the Kingdoms of Life on Earth had not evolved, and the conditions were different, what amazing results would there be? Consider:

Apart from geological features, life could have gone so many of billion different directions at any moment in history, and these are examples from the only planet we know with life: Earth.

Not the answer you're looking for? Browse other questions tagged science-based planets geography geology or ask your own question.

10
How would an earth-like planet with a habitable moon work and how to get there?
4
World with only one habitable, off-center quadrasphere/quadrant
22
Reality Check: Habitable moon around earth-like planet
2
Is this habitable moon possible?
3
What would the geology and climate of a supposed landmass near the pole be like, assuming a thoroughly warmer planet?
8
Effects of gravity upon weather?
2
Designing a super-comfortable Earth analog
6
Could a planet have a single source of wind?
7
Is it possible for a planet to have an area saturated with lava but at the same time is still habitable to humans and other lifeforms?
6
What is the crust of a habitable planet with Io-like heat-pipe tectonics made of?