Terraforming the Nine Earths, Episode I: Could Cyanobacteria Thrive in Muspellheim?

Long ago, I asked a question on how to make the Nine Realms of Norse mythology--Niflheim, Muspelheim, Asgard, Midgard, Jotunheim, Vanaheim, Alfhiem, Svartalfheim and Helheim--a reality in regards to astronomical orbits. But now that they are confirmed to be possible, via a variety of ways, let's start terraforming them all. But first, some important notes:

In the first of what I hope to be a series, we look at the World of Fire, Muspellheim. Norse mythology, Muspellheim is the haunt of the fire giants and their master, Surtr. The closest of the Nine Earths to Ve is indeed a hostile place to live--13,539 miles in diameter and six times as massive as Earth with an atmosphere consisting of higher concentrations of carbon dioxide and methane than back home. Despite this, however, there is still water available, and that water is full of microbial life. Try to imagine a Pacific Ocean with the toxic but vibrant compositions of Yellowstone's Grand Prismatic Spring.

Obviously, there is no way that complex life could thrive in this planet, but that is why we are starting the terraforming of Muspellheim small with inserting cyanobacteria to colonize the sulfur-rich oceans. It is hoped that once the colonists multiply and proliferate, they can photosynthesize, absorb the atmospheric CO2 and release oxygen into the atmosphere as a result. Once oxygenation starts to dominate Muspellheim can we move on with other phases of terraforming, but will the first phase succeed? Can cyanobacteria thrive in the specific conditions listed in the previous paragraph?

science-based reality-check earth-like terraforming adaptability
Share
Improve this question
edited May 26 '19 at 23:00
JohnWDailey
asked May 24 '19 at 23:47

The simple answer to your question is that using genetically modified extremophiles or cyanobacteria with the relevant properties of the other one will work. We can almost do that now so doing it in a setting where an alien solar system is being terraformed it is very realistic.

An edit by OP removed the condition of a very low pressure atmosphere, where this part was relevant. The question in its current form does not introduce this issue, but I'll leave the section in here since it might be interesting for people. Should anyone disagree with this decision tell me in the comments. 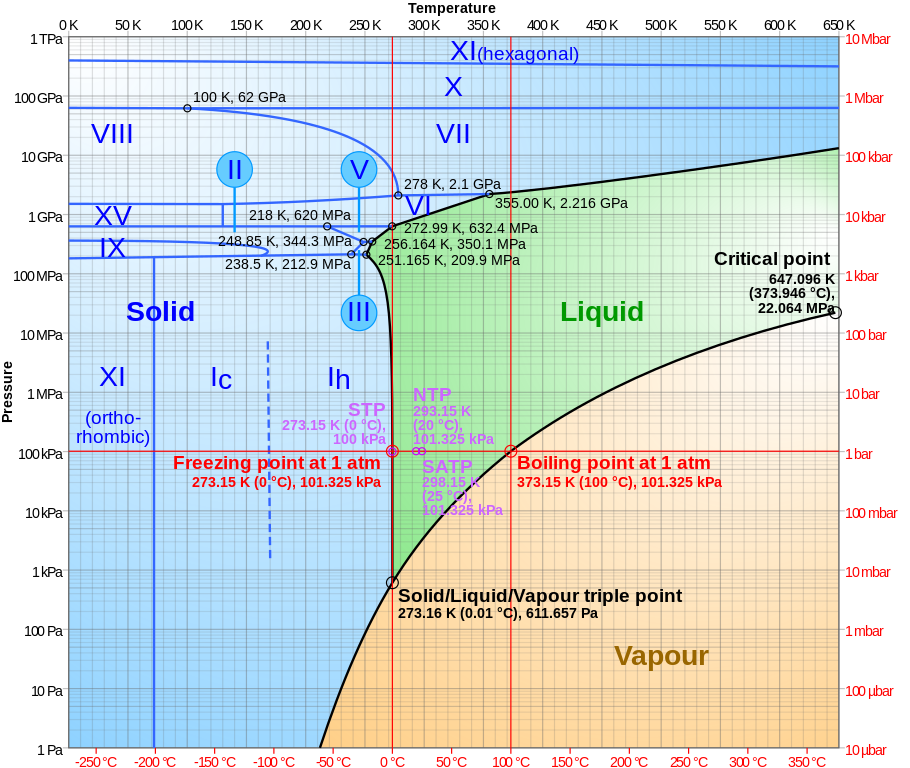 There will be no liquid water on your planet. That's an absolute fact and it doesn't matter that we have discovered that was considered impossible on Earth. This phase diagram is based on the fundamental and universal laws of physics and universal laws which are at least at this level well understood and backed up by the observations of our best telescopes. The argument is quite common among those who lack a solid grasp on science. I don't say this to offend you but to warn you that this is an extremely poor argument.

This is not a deal breaker but needs to be considered. Hydrogen may or may not escape your planet, helium definitely won't. So Muspelheim won't be a terrestrial planet but a more massive ice giant or a much more massive gas giant. Considering the orbital position you'll have a Hot Jupiter/Neptune. This can be avoided if the planet did not form via accretion but in the collision between two or more less massive objects or experienced a massive collision which stripped off the atmosphere.

Your planet has 6 times the mass of Earth but only 1.06 times the radius so this means it must have an average density of 27567 kg/m3, which is more than three times the density of iron at 7870 kg/m3, more than double the density of Earths core at 12500 kg/m3 and even more than osmium at 22500 kg/m3. This is madness as a well known Spartan king once said. Even a pure iron planet might not get you these values. Watch this video by worldbuilding you-tuber Artifexian to design more realistic values. Watching his entire bottom-up worldbuilding series could help you a lot. The only natural occurring planet with these parameters would be a chthonian planet. A chthonian planet is the core of a gas or ice giant which has been compressed to otherwise impossible densities by its gas and volatile envelope which has been stripped off later. Yet even in this scenario, a significant helium envelope should remain.

Muspelheim is a very dense chthonian iron planet. It formed as a big ice giant like Uranus and Neptune which migrated inwards until type one migration was impossible. At that point hydrogen began to escape, taking a lot of helium and volatiles with it. But another ice giant, Fenris, was migrating inwards rapidly and cashed into Muspellheim after loosing most of it's envelope itself. The collision destroyed Fenris and stripped of Muspellheim's volatile and rocky layers. Solar radiation cleansed the hot collision cloud of most light elements and the remaining iron, tungsten and heavier elements, among them a lot of thorium and uranium which would continue to heat the planet significantly slowly fell back to the damaged core and formed the current planet.

Nowadays Muspellheim is a small and dense iron planet below a dense atmosphere of 5 bar of helium and large amounts of carbon monoxide and carbon monoxide lies a surface made of various carbon, oxygen and sulfur components in combination with iron and tungsten. Many volcanoes spew liquid metal over the surface and yellow-orange seas of iron pentacarbonyl and similar tungsten based chemicals can be found dominating the surface.

Muspellheim is now a truly alien world with a strong character, yet terraforming it is complete of the table as it is environment is now extremely chemically reducing. So you either need to change the planet's parameters or you can take this new idea for Muspellheim.

Not the answer you're looking for? Browse other questions tagged science-based reality-check earth-like terraforming adaptability or ask your own question.

29
Nine Different Earths in One System--How to Make That Possible
3
Which Stars Would Best Suit For the Habitable Zone of The Nine Norse Earths?
11
Which place in our solar system is the most fit for terraforming?
8
The Great Oxidation Event…Artificially Imposed on a Tharn-Like Alternate Earth
5
The Serina Series: Episode I: Cats
5
How to Terraform a Dead Earth
17
Could contemporary life thrive before the Cambrian explosion?
2
The Serina Series: Episode II: Crocodilians