In an interstellar/interplanetary civilization, which would be most common/cheapest in the market: Plastic or metals?

Considering that oil is only really prevalent on earth (where dead biomatter can be compressed over millions of years into long hydrocarbons) I began to think that plastic might be just as rare as wood in an interstellar/interplanetary civilization. Metals are very common in space, whether it's from asteroid mining or planetary sources it seems like metals could become so prevalent they'd be nearly worthless (or at least super cheap to purchase and use in product manufacturing).

If that were the case, then most products you'd see people using would not include plastics, they'd be made primarily of metals. I'd imagine it a bit like Blade Runner or Cowboy Bebop, where wood and natural products are an extreme luxury.

But then I read that planets like Titan have large amounts of hydrocarbons on them (which could be processed into oil/plastic products). And now I'm not sure if there would be a difference at all.

I'm definitely assuming that power/travel are a non-issue in the scope of "Interstellar/interplanetary civilization". I'm most interested in the comparable amounts/distribution of metals vs plastics/oils.

science-fiction space materials
share|improve this question
edited May 24 '19 at 8:23

William of Ockham, an English Franciscan friar (1287–1347), is credited with formulating the Law of Parsimony that we know better today as Occam's Razor, which can be simplistically stated: "All things being equal, the simplest answer is usually correct."

On the other hand, one can expect metal to be found on pretty much every non-gas-giant planet.1 And one must assume that an interstellar/interplanetary civilization has conquered the problem of efficient transportation and operation in the inhospitable vacuum of space. Therefore, mining non-life-supporting planets, asteroids, etc., isn't a problem.

While plastics will trump metals on life-bearing planets, the near infinite supply of metal outside those rare and precious spheres must prevail. Shipboard facilities will not be geared to plastics, but to metals, and that will carry over to their support facilities at all planets.

1 Frankly, you'd find metals on gas giants, too. It's just a tad difficult to mine, that's all.

I like JBH's answer and I agree with him. But just as a mental exercise, I'll defend the opposite point of view. 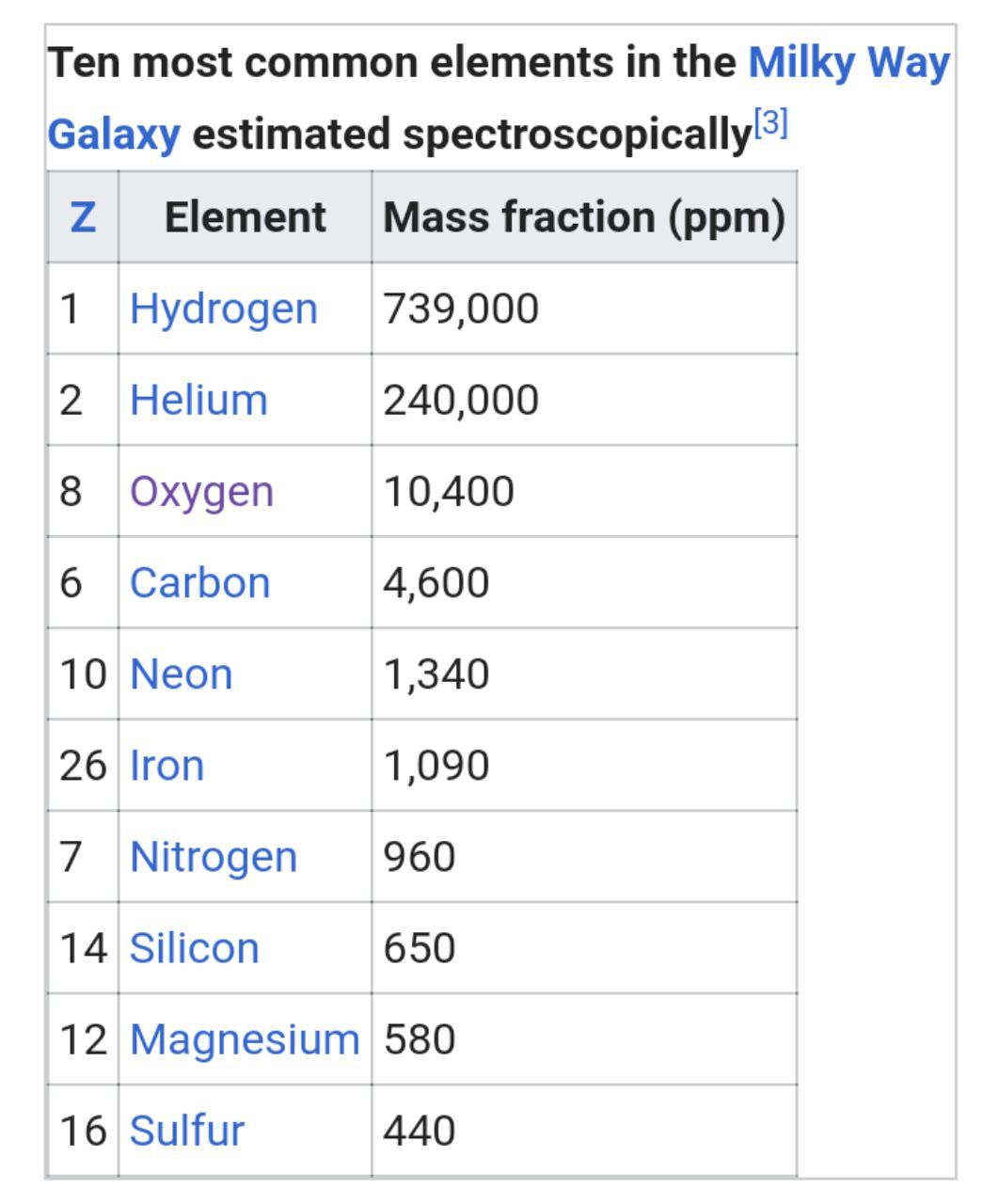 There is much more carbon than iron or any other metals around, and most of the carbon is in interstellar clouds where you don't need to fight against a gravity well to land. If you've got spare time and you are able to grow plastic-producing bacteria, you can make a lot of plastic very cheaply.

Metal (assuming you're in space.)

In a space-faring civilization, there are a few assumptions we can feel entitled to make. The first is that metal is plentiful. Plentiful under these circumstances means that said civilization has entire asteroid belts of mine-able metals to work with. An army of replicating solar-powered drones should be able to burrow through asteroid belts and send usable chunks of pure metals across space to refineries.

Also, solar power. Solar power isn't so great on Earth, because we can only collect it for half a day (more like a quarter if the solar panel is fixed) and there's weather like clouds and storms and the atmosphere itself which stop us from getting solar power. We still can, though, just not as good as we can in space. Which is more. So power, and metal is plentiful and (most importantly!) not locked behind gravity well likes plastic is.

So - plastic - composed of hydrocarbons (not common in space) and can be made with less power than metal objects of a similar variety, and have decent utility (doesn't rust, for one), but locked by massive gravity wells -> probably sees use on planets with heavy life, which can access it without paying the cost of the gravity well. Everywhere else - metal.

Cooling is a challenge. You can create coolth with refrigerators dumping the heat via radiators open to deep space.

Material movement is cheap like borscht if you are willing to wait. Minimum energy transfer orbits. Linear motors become mass drivers hurling a standard weight package anywhere in the solar system. You have to balance their use. Momentum is still conserved. But a mass driver in orbit around the moon can alternate a batch of parcels in opposite sides of it's orbit and nearly cancel out the effects, stealing momentum from the moon itself.

Metal: You mine asteroids. The metallic ones are mostly iron and nickel, with traces of stuff like gold, iridium, platinum.... You melt them with very large solar mirrors. Have to invent processes for dealing with molten metals in zero gee.

Plastic: You use gas giants as a source for hydrogen, Titan as a source of methane. You collect the gas with ram scoops dipping into the upper atmosphere.

Methane => ethylene ($C_2H_4$) monomer which can be linked to form polyethylene. Methane can be used as a feed stock for the entire hydrocarbon industry.

Silicates: Stony meteors, and the crust of most moons have a huge component of silicon dioxide. This is probably the base source for most of the oxygen your people will use, $SiO_2 +CH_4 + energy => H_2O + O_2 + Si$

But silicon dioxide is basically sand, and can be made into high temperature glass by itself or a lower melting point glass with the addition of calcium carbonate. Check the composition of 'stony meteorite' to see what you have to work with.

So the overall answer is "Neither"

Since it's abundant, and high temperature is a matter of making big mirrors, I expect he cheapest material to make will be glass.

Molten glass + foaming agent => foamed glass, cellular glass. This can be made in various densities from heavy styrofoam to the density of glass. As such it would be an excellent insulator, and would be the most common way to make non-structural building components.

Tempered glass makes containers, windows, pipe, utilitarian objects -- most of the things you use plastics for now.

Depends on the technology of the society, and how easy they find it to get into space from the bottom of a gravity well. There are asteroids entirely made of metal, but Titan has entire hydrocarbon oceans that could be pumped up and processed much more easily than asteroids can be mined.

This is simply based on energy economy.

Plastic can be made from any source of carbon and hydrogen (some other elements as well). All of those elements are easy to find. However, turning raw hydrogen and carbon (after extracting from whatever it is currently bound to: i.e. H from water ice) is very energy intensive. As has mentioned, if you have planetary conditions that create hydrocarbons, that decreases the cost of making the longer chain molicules that are needed for plastic.

Metals, on the other hand can generally be had by simply melting them out of whatever ore they are in (some metals take a bit more work).

That makes metals the easiest and least costly to use in most of the galaxy.

I think that if the advanced interplanetary or interstellar society has highly advanced technology they should be able to form metals out of metallic elements and compounds scattered in space rocks even if no metallic asteroids are available.

And they should be able to make plastics out of the various elements which make up plastics, and they will get those elements out of various space rocks such as asteroids composed of lighter elements, and comets.

And they will also be able to break down asteroids, comets, and the surfaces of planets and moons into elements and compounds which they will use as materials to synthesize various futuristic composite materials that are superior to metals and plastics for various purposes.

Thus it is hard to predict the relative percentages of metals, plastics, and other materials in the future space civilization, since there will be thousands of materials which can possibly be used and thousands of different purposes to use them form, and the widely differing properties of materials and requirements for various purposes will mean that many different materials will be the best to use for at least one purpose.

Note that the best maerials fo ruse ninside an artificial Earth enviroment might be the same materials that are best for that purpose on Earth today if no better materies for that purpose happen to be developed in the future. But the best materials for use outside in the conditions of outer space or on the surface of an alien plent or moon is a different matter. GeraldFalla's answer to this question - What could a self-sustaining lunar colony slowly lose that would ultimately prove fatal?1 - shows that many materials deteriorate in a space environment.

Not the answer you're looking for? Browse other questions tagged science-fiction space materials or ask your own question.

57
What could a self-sustaining lunar colony slowly lose that would ultimately prove fatal?

6
What would the average tech level be for the common folk in a space empire?
4
Most common element in the universe that could theoretically be a fuel?
10
Would a replicator plague be sufficient to destroy an advanced (interplanetary) civilization and leave very little evidence?
4
Would advanced extraterrestrial life really use radio signals as the way to communicate over interstellar distances?
8
What minerals and metals in particular were vital to the development of early civilization?
10
Which part of the universe would make celestial navigation most difficult for a planet?
42
Why would a previously spacefaring civilization become unable to build another interstellar ship?