Could a rotating ring space station have a bolo-like extension?

If the outer ring of a rotating space station was producing the equivalent to 1G, but a higher G was needed could in small modules, could a bolo-like attachment be included with the ring to accomplish this?

In the illustration below of a bolo arrangement, artificial gravity is achieved by having two modules attached to each other by long tethers. 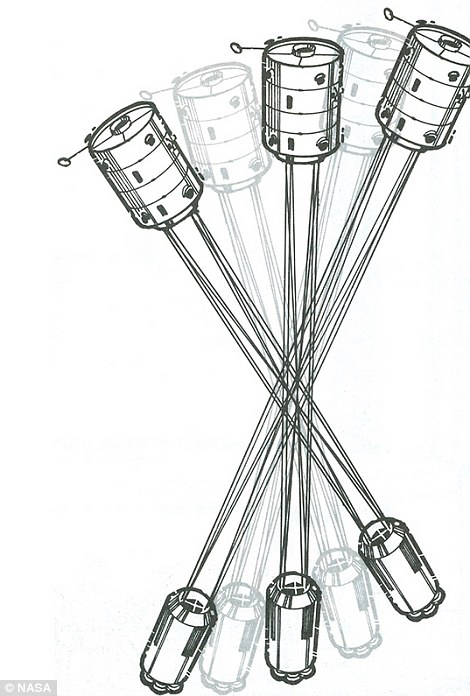 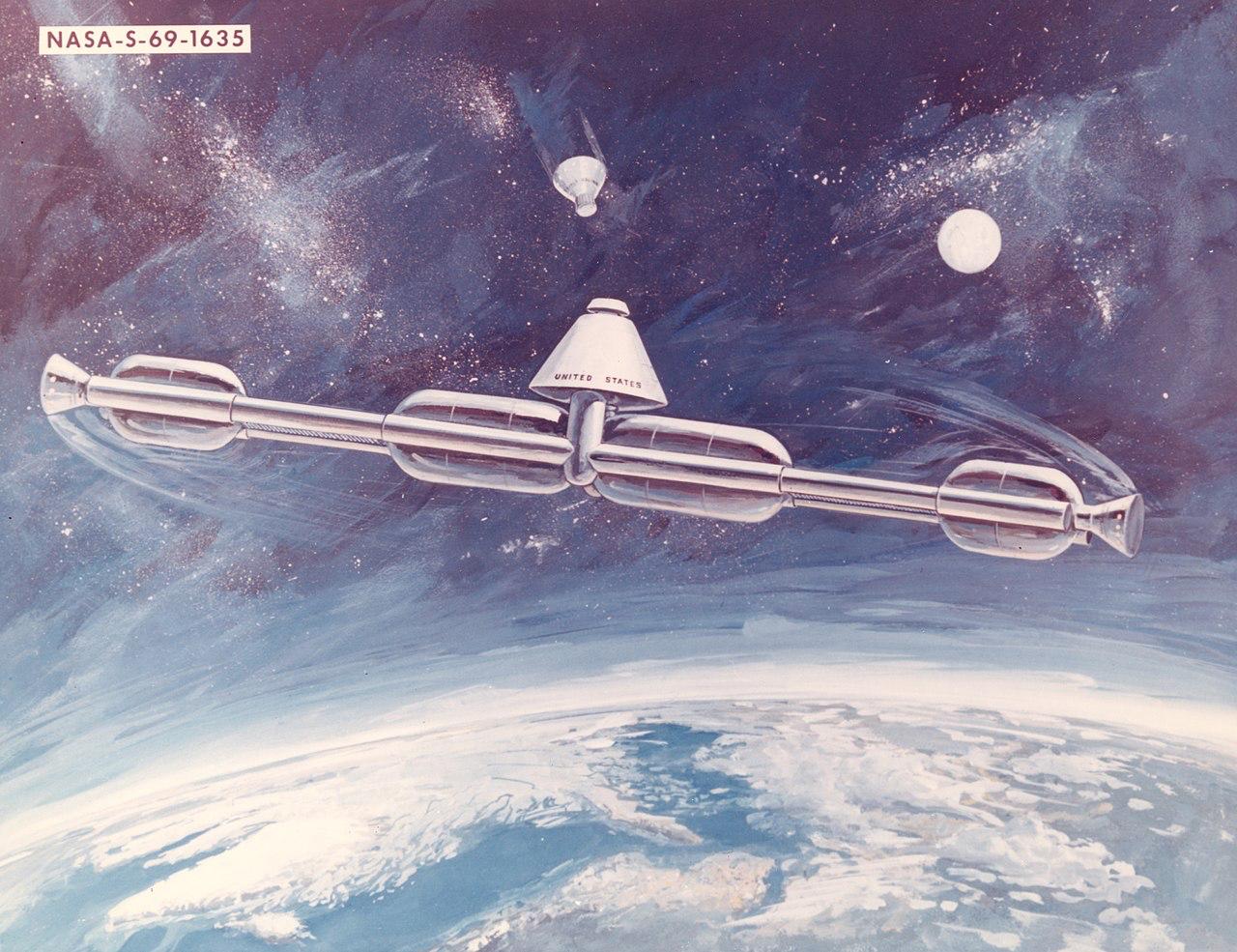 Would it be possible for a rotating ring station to remain stable in such a situation:

If the entire station was not rotating while it was being constructed, then, once the station was complete, ring and bolos alike, were uniformly accelerated, turning about the central axis.

edit: question clarification meant my previous answer was not as clear as I'd have liked, so here's a rewrite with the same maths but different wordy bits

Yes, a station could have bolo-like extensions (note plural) without any issues. The important thing is to keep the station balanced, and the easiest way to do that is to have multiple, evenly spaced bolos. A single bolo is going to move your centre of rotation away from the centroid of the station's ring, which will result in the force of artificial gravity changing as the station rotates, which will be either slightly annoying (it'll probably interfere with some of your scientific instruments) to actively destructive, depending on various things.

Yes, a station could be spun up with bolos in place. This would be slightly weird, as the most useful thing about having flexible tethers on your bolo extensions is that you'd have the ability to reel the payloads in and out as required. The easiest thing is therefore to reel them out after the station has been spun up.

Artificial gravity is provided by the centripetal force that results from the station rotating.

Centripetal force $F_c = mr\omega^2$, where $m$ is mass, $r$ is the radius of curvature and $\omega$ is the angular velocity.

You'd think that doubling the radius would double the force.

The bolo speeds up as the tether radius increases because the station can effectively trade some of its angular momentum with the payload. As the angular momentum of the station reduces, its mass and radius remain constant and so its angular velocity must decrease. This in turn means that the artificial gravity experienced on the ring will also decrease! So long as the payload is a very small fraction of the weight of the station, this effect shouldn't be noticable, but as the payload gets heavier this will be more and more of an issue. Scientific instruments will be the first to start reading differently, but in the limit people will notice everything becoming lighter and the speed of the starfield/scenery going past the windows will decrease.

Lets imagine a bolo station instead of a ring (because I can imagine it to be a couple of point masses) with a radius of 100m and an $\omega^2$ of 0.1 to give a nice force of 10N per kg. I reel out a 10kg payload from each module of the station to a 200m radius. If each module weighs a tonne, I've moved the effective centre of mass of each module-payload system out by about a metre. To conserve angular momentum $\omega^2$ falls to 0.096 meaning that artificial gravity has reduced to about 9.7N per kg. The payload meanwhile experiences a force of about 19.2N per kg, not quite the two-fold you might have originally anticipated.

This means that for large payloads you will also need to speed up your rate of rotation to maintain gravity in the ring (and then reduce it again once the experiment is over), and suddenly this whole idea starts looking like more of a hassle than it is worth.

You can see real-world examples of this on Earth in figure skaters spinning on the spot and speeding up as they pull their arms in, which you can probably replicate by spinning around in an office chair.

Not the answer you're looking for? Browse other questions tagged gravity orbital-mechanics space-constructs or ask your own question.