Could there be something like aerobatic smoke trails in the vacuum of space?

Whether exhaust from a solid rocket engine, or something released by spaceships in flight (like aerobatic smoke in the atmosphere), could extended trails behind a ship be created that would not dissipate in the vacuum of space?

Could a trail be formed that a person close enough to see the ship with the naked eye would be able to see the trail? 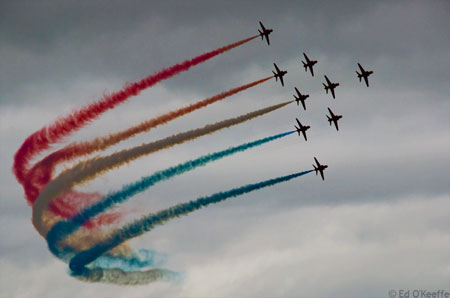 Using fumed silica. It is stable in vacuum, after crystallizing it won't spread out and it requires little source material to create large volume agglomerates. 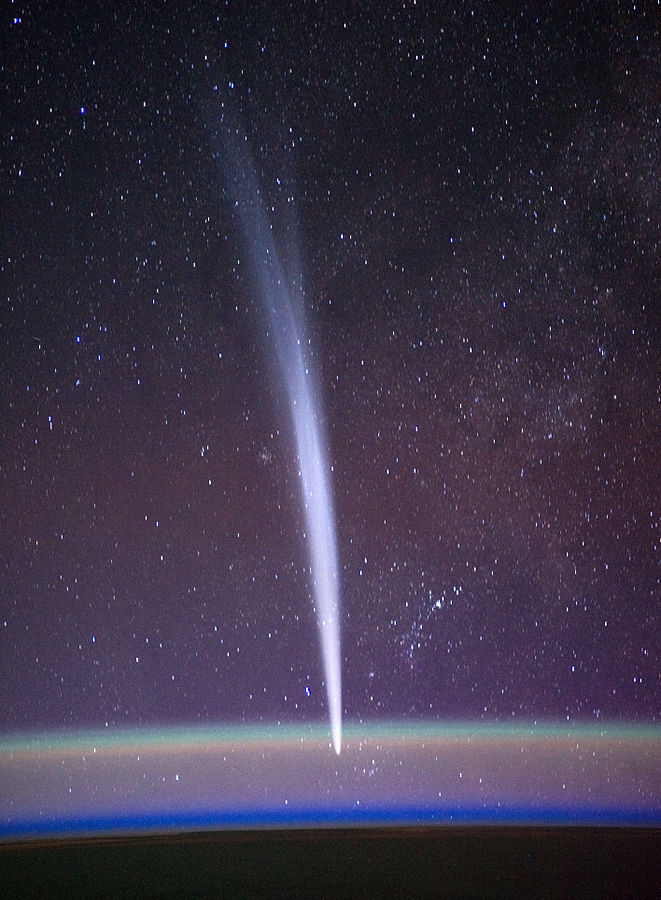 If a comet can leave a sweet trail so can you. Especially since the comet is just shedding stuff but you are actively blasting stuff out your rear.

side note: I wonder why in this image the atmosphere has those colors in that order?

You can't see this spaceship, but you can for sure see its trails! 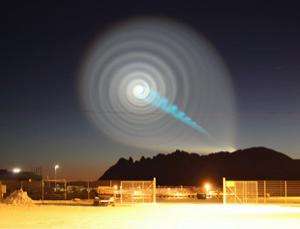 That's not a timelapse - that's a defective Russian missile with uncontrolled roll, venting gases that are being caught by the sun.

These trails are above the atmosphere, which is why they last so long: they do not dissipate in the wind, but rather just continue on in the same direction they were expelled, with nothing to stop them.

Trails in space will last a LOT longer than in the atmosphere.

This is what a daytime rocket launch looks like from orbit: 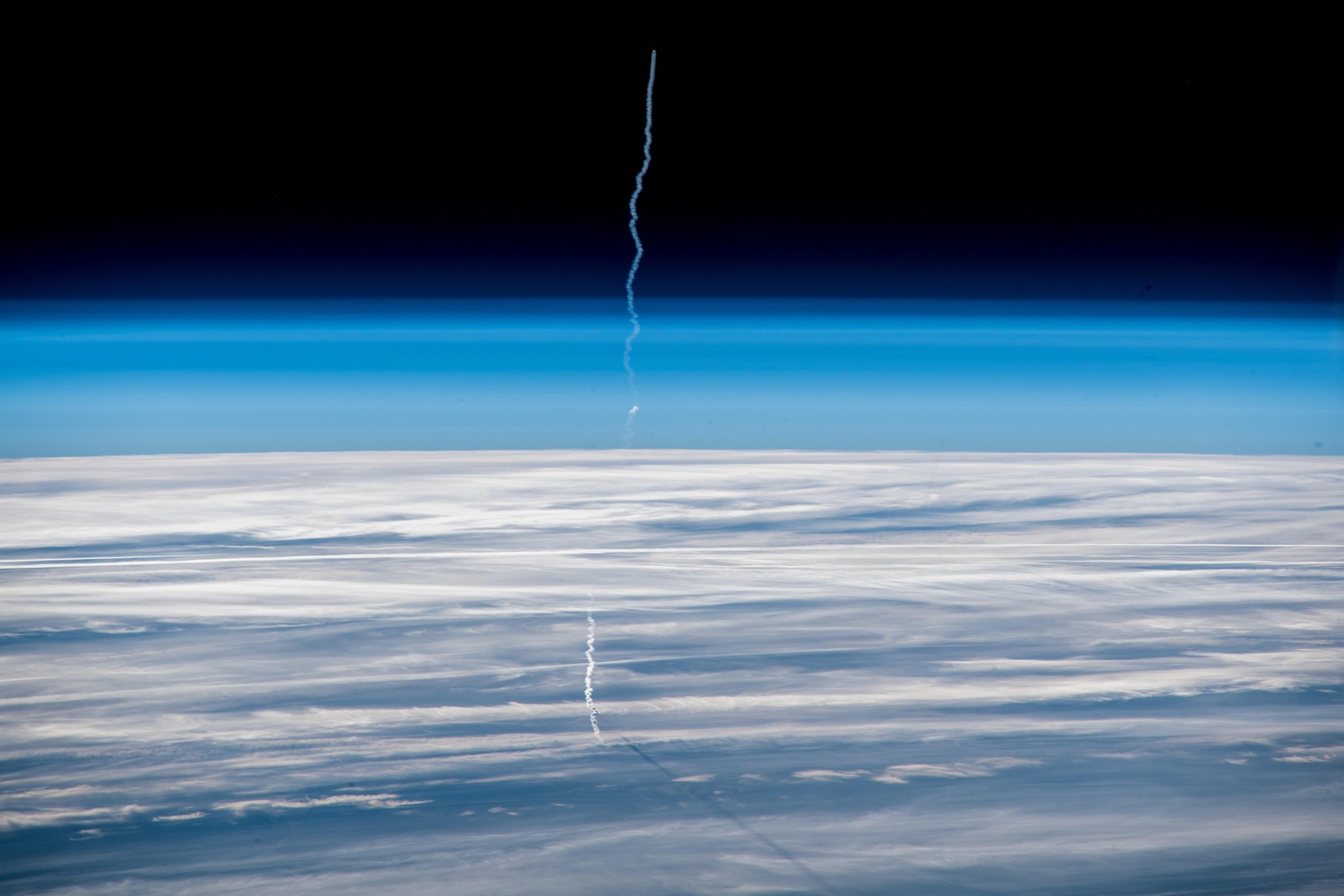 Any time that a big rocket engine is firing, while the rocket is not in the shadow of the planet, there will be a visible trail.

(Low power thrusters like ion engines or cold gas thrusters will be less obvious. And many real life spacecraft coast for long periods of time with their engines off after they reach orbit or escape velocity)

As long as the exhaust from the rocket engine can create crystals in the cold of space, those crystals, before sublimating, will scatter light and become visible to a sufficiently close observer.

One could add on purpose some substance in the plume so that it could vaporize and create suitable crystals.

Anyway, as you see also in the image you attached to your question, the trail won't be permanent: it would sooner or later diffuse and disappear.

One of my favorite movie quotes comes from The Hunt for Red October.

You didn't tell us anything about your motor, but let's assume a reaction engine of some sort mixing oxygen with fuel to get a resounding Bang! I kinda suspect it needs to be non-nuclear as a nuclear engine would have the tendency to, well, atomize anything you might use to create your smoke trail.

Therefore, it's a trivial matter to introduce an additive to color the smoke. Technically, any additive used today could be used with your rocket so long as enough of it is used. Rockets tend to have really, really, really big engines.[Citation Needed]

But there are some problems...

So, I believe it can be done (emitting smoke in space), even using the same materials used by Jet Planes today. But I question whether or not it would be worth it.

1 Light scattered through the smoke might allow it to be seen somewhat from the "dark" side, but considering you're looking into the unfiltered glare of a star, it might still be hard to see.

1
What if aliens invading Earth turned out to be invisible?
90
How do you check if a room behind a door aboard a spaceship has an atmosphere/pressure?
8
What torch-ship engine requires the least complex control system?
8
How best to use wormholes for spaceflight?
3
Could a self-consuming rocket be useful or cheaper than regular ones?
3
How to place multiple small moons and one large moon in stable orbit around an earthlike planet?
4
How far away can (non-dusty) rocket exhaust be detected?