How do I give my planet a stronger magnetic field? Playing with variables

Let's say I have a terrestrial planet superficially like earth, except that it rotates much slower (about 10-15 days per rotation) and its atmosphere is ideally several times thicker. If I want this planet to have a substantial magnetic field (3/4 of Earth's as a minimum, though higher is better), what factors can I play with to plausibly provide it that field strength? What approximate values would I need to give these factors to accomplish this?

Here are some ideas I'm toying with (please vet for plausibility):

Giving the planet a bigger metal core (and hence making it denser) AND giving it a larger radius would seem to be a good recipe for increasing field strength. [Edit: Removed gravity considerations. Planet can be a Super Earth]

It's not clear to me what variables are the most critical. Is rotation rate more important than core size/composition, or vice-versa? Is internal heating (whether from tidal stress, radioactive decay, or leftover formation heat) as critical as the above two variables? I'm not versed enough in this domain to know.

My understanding is that the exact parameters behind terrestrial magnetic fields haven't 100% been worked out. From what I've read there are no 100% reliable models for taking in a set of variables (planet size, density, etc.) and spitting out a simple value for the strength of a magnetosphere. If this is the case, then all I need to aim for is plausibility. As long as it's credible I can use the wiggle room to our advantage.

How does the Earth's core generate a magnetic field?

The Earth's outer core is in a state of turbulent convection as the result of radioactive heating and chemical differentiation. This sets up a process that is a bit like a naturally occurring electrical generator, where the convective kinetic energy is converted to electrical and magnetic energy. Basically, the motion of the electrically conducting iron in the presence of the Earth's magnetic field induces electric currents. Those electric currents generate their own magnetic field, and as the result of this internal feedback, the process is self-sustaining so long as there is an energy source sufficient to maintain convection.

Most of the energy from this is thought to come from radioactive decay of elements in the core: radioactive potassium, thorium and uranium. Increase the amounts of those elements and you increase heat production.

Resistance increases with temperature in metals. You might consider giving your planet a nonmetallic core, where temperature increases would improve conductivity or at least not reduce it. Maybe a planet with a supercritical saltwater core? Or a core of molten salt? Those would be big, hot and not as dense as metal. And also awesome.

Answering the comment with an ocean planet example - how about Ganymede? 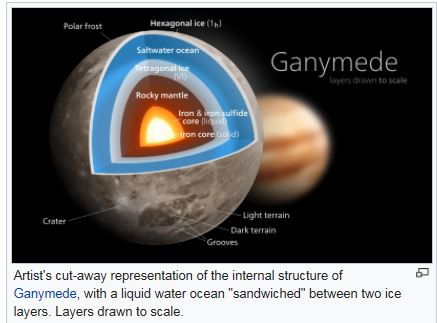 Ganymede is a moon with planetary aspirations, a colossal saltwater ocean, and a nice magnetic field which I here assert is produced by electrical currents formed within its heated internal ocean.

And there is ice on top for your critters to skate on.

I think your ideas are mostly spot-on. Off the top of my head, you can increase the rotation rate, core density, core size or planet size.

At the edge of the core, the magnetic field has a magnitude of roughly $$B_{\text{core}}\sim\sqrt{\frac{\rho\Omega}{\sigma}}$$ where $\rho$ is the density, $\Omega$ is the rotation rate and $\sigma$ is the electrical conductivity. I find it unlikely that $\sigma$ could be changed much unless the composition of the core were to drastically change, but both the density and angular speed could be increased. Core density would presumably scale with the mass of the planet, as it would be under greater pressures, and the rotation rate could very easily be increased through a collision early on with another body. (This does assume that the rotation of the core is coupled to the rotation of the planet itself - not an unrealistic assumption.)

Jupiter’s magnetosphere is immensely strong. Jupiter rotates much slower than earth, and has a much thicker atmosphere, like your requirements. What are the requirements for a similar powerful magnetosphere?

According to Dynamo Theory on Wikipedia, three things are needed.

Mix in a little extra U-238 and you’ve got a powerful magnetosphere.

Not the answer you're looking for? Browse other questions tagged science-based planets earth-like magnetism .

6
Can a planet with a dead core still generate a strong magnetic field?
4
Can there be planets with extremely strong magnetic fields?
6
A planetary dynamo
6
Moving asteroids into a planet's orbit to increase rotation to produce a magnetic field
4
Could plant life evolve on a world with a toroidal magnetic field?
9
How could a technological society exploit an absurdly strong, permanent magnetic field?
10
What is a usable formula for determining the necessary strength of a planet’s magnetic field for it to be habitable?
3
What (if anything) can cause a substantial and stable shift of the magnetic poles of a habitable planet away from its geographical ones?
3
Surface features of a very magnetic/volcanic planet
4
How Can a High Gravity Planet Have a Magnetic Field