How could a civilization detect tachyons?

In an effort to work out a believable form of faster-than-light communications for my setting, I've ruled out a few things: wormholes (which are in use, but are too random in where they lead, to be used for this) and quantum entanglement (which flat out doesn't work for information transfer).

In my research, the only natural phenomenon that even hints at being capable of this is the hypothetical tachyon particle. The problem is, they're believed to not be capable of interacting with anything, if they do exist.

Does anyone possibly have a suggestion for a minimal-handwaving way to acceptably explain away how they might detect these, in light of this issue?

Minimal handwaving is done with a single big lie rather than little ones.

The big lie tells not about the technology but about the timeline, not about how it was done but about who did it. Make it a story about the person who did it, where they were in their career, what country they were in. The war they'd just survived, when they emigrated from small war-torn country to large technological nation with nothing to their name. Acceptance to legendary institution, the great breakthrough, the implications and celebrations, but never how the technology actually works.

That way you have to wave your hand precisely once, rather than over and over again in lots of little ways.

Fortunately, I believe your question is based on a mistaken premise. Tachyons, if they exist, would likely indeed be detectable. In fact, since they were initially theorized, there have been several experimental searches for tachyons, though very few in recent years. I'll talk about a couple experiments noted in Status of experimental searches for tachyons? They're important because they represent a couple main avenues of detection, and you should be able to base your communication system on them.

The basic point is, tachyons can be detected directly (e.g. as products of cosmic rays or atomic decays) and indirectly (e.g. through Cherenkov radiation and missing energy from meson decay).

Applying this to communication

These experiments are, to be frank, not very useful for communication. Most involve observing tachyons produced naturally, instead of by humans, and at effectively uncontrollable rates. We can rule out most of them for your use, but I think the most promising is Alvager & Kreisler's method of Cherenkov radiation. Let me talk about their idea in slightly more detail.

The pair's setup involved two parallel plates with a static electric field between them. Tachyons should gain energy traveling through the field while losing energy via radiation, and it should be possible to tweak the field's parameters such that this total energy changer is zero - which they did. The tachyon should, over the course of traveling through the detector, travel through a potential difference of $\sim9\text{ kV}$ and gain corresponding energy based on its charge; the Cherenkov photons would have energies in the range $0\text{-}3.8\text{ eV}$. It was expected that 12% of the produced photons would be detected (although no doubt we could, today, increase that percentage). Tachyons with charges from $0.1\text{-}2e$ could be observed. 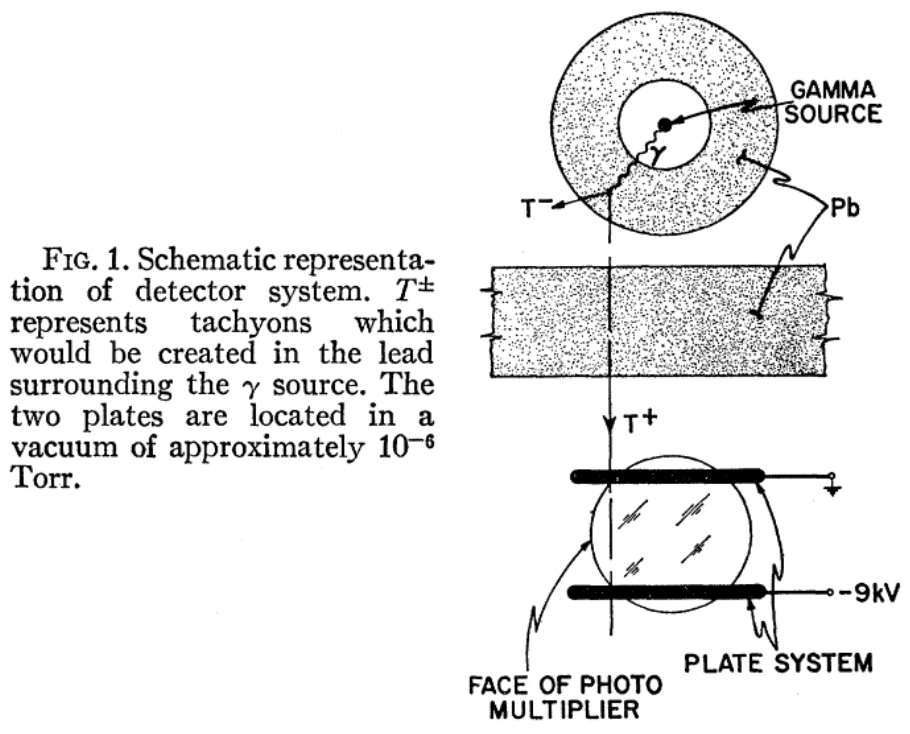 I would guess that this setup could be scaled up such that detecting tachyons traveling over interstellar distances would be feasible. Presumably, information would be coded in the number of tachyons detected, and therefore the amount of energy produced in the form of photons. Furthermore, of course, you are perfectly able to change the parameters of the device and the properties (e.g. charge) or your tachyons, so you can optimize the process as you wish.

Suspension of disbelief, handwaving, and all that

Separatrix's answer, which I think also makes your assumption of undetectability, argues that you should do as little handwaving as possible - quite true - by avoiding discussing the details of the technology. This can be quite effective, and it definitely should not be ignored. I could stand to make use of it more.

That said, the basic idea behind the Alvager & Kreisler detector is simple enough that I believe this issue is not very important. If you wish to go slightly in depth when describing the device - or if you want one character to use something akin to jargon while talking to another - simply mention the electric fields used, or the potentials, or the energy range. I'm not a fan of using random (and irrelevant) jargon in writing, but in this case, it's quite relevant indeed, and the detector is simple enough that you're not as likely to alienate readers as you might think.

Tachyons aren't known to exist. But if they did, they could absolutely interact with conventional matter. That being said, you'd probably have trouble sending tachyon pulses around the galaxy. Not because of any tachyon-specific issues, but just because galaxies are huge. Right now there are probes about 20 million miles from Earth, and picking up their radio signals is a huge to-do. A galaxy is a billion times bigger than that distance, which means that the energy is diffused a billion billion (a quintillion) times more.

Depending on your setting, it might be reasonable to send the message to the nearest outpost, and wormhole it to some other outpost, and then tachyon it to your friend. 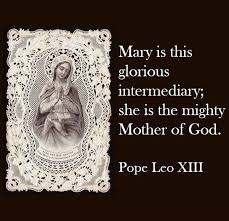 Tachyons always move faster than light, and so also backwards in time. It is hard to imagine how to interact with something like that from our standpoint in the kitchen with a coffee. Sort of like interacting with God. God is so Godly.

But what about things like massless particles - our familiar friend the photon, and his weird cousins gluon and graviton? Those things always move at the speed of light. What does a tachyon look like from the perspective of a massless particle? From that perspective what is the tachyon up to? Mary is familiar and motherly, and less intimidating than God - the glorious intermediary. So too your particle.

In your fiction, you can discover that tachyons can be detected through their (time-backwards) interactions with massless particles. To keep it squarely in fiction you can invoke the little known graviton since it is so mysterious you can assert what you like. People might call you out if you ascribe new properties to the photon. But you could.

It hurts my head some to think about what interactions between a light speed (?timeless) particle and a superluminal time backwards particle would look like. Good luck!

If tachyons indeed don't interact with the universe, then they look an awful lot like dark matter. That doesn't really interact with anything either except gravitationally.

So just imagine there's multiple types of dark matter, which includes tachyons. Anything that doesn't or barely interacts with the conventional universe will be some type or another of dark matter. Your tachyons could interact with some of this dark matter, allowing you to detect the passage of a tachyon by detecting changes in the dark matter.

Not the answer you're looking for? Browse other questions tagged science-based physics space communication faster-than-light or ask your own question.

13
Ways to make contact with aliens on a much larger size scale?
3
How long would it take us to detect a Deimos-like object moving towards Sol from Alpha Centauri
4
Can this FTL communication, based on quantum entanglement, work?
3
How to detect trespassing in space?
59
If reality were frame-rate based, how could we detect it?
4
How to detect gyroswords
4
Can a crystal grow or propagate faster than 'c'?
11
A plausible explanation for the “ansible?” - FTL communications