Physically based explanation for glowing geometric shapes found embedded in a city, visible only in IR [closed]

Ask Question
Asked 8 months ago
Active 8 months ago
Viewed 78 times
3
$\begingroup$
Closed. This question is opinion-based. It is not currently accepting answers.

I'm looking for an explanation for the presence of large geometric luminescent formations that are found to be embedded in the infrastructure of a city.

They must be esentially undetectable to the average human but show up clearly on special cameras (mid/far infrared or Thz gap). These formations could effect humans or their environment but only in ways that are hard for an average person to notice, or easy to attribute to other causes.

The best explanation would be the most linked to our current understanding of physics, but need not be the most probable. 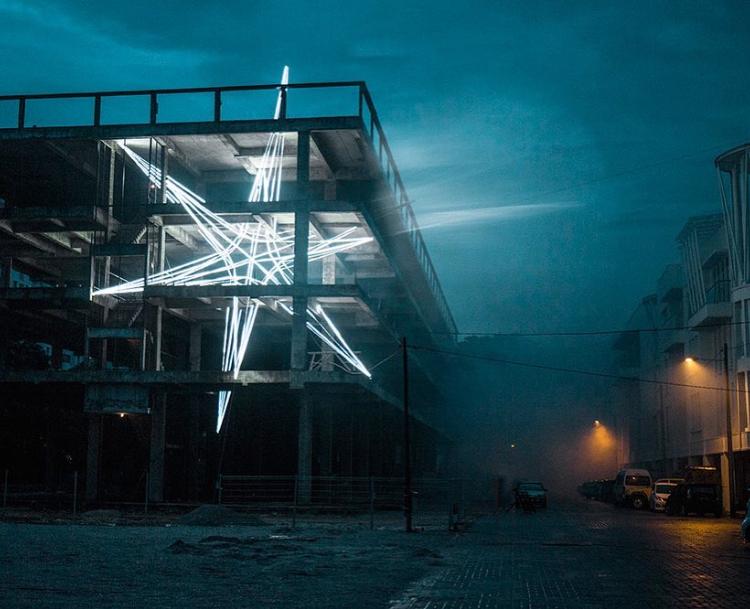 science-based aliens environment electromagnetism
share|improve this question
edited May 5 '19 at 4:15

Those who can travel between dimensions of spacetime are leaving themselves indicators that help orient them to specific locations in worlds that diverge greatly from their origin world.

Using a system invisible to most human eyes helps the travelers remain unknowable while they travel, at least until a society is advanced enough to create technology that will detect the markers. Once the society can detect these patterns, it will be considered acceptable to interact with the humans of that world.

In the world in the picture, the differences are small enough that the markers remain within similar building sites rather than being out in an open area.

Not the answer you're looking for? Browse other questions tagged science-based aliens environment electromagnetism or ask your own question.