What sort of hip bone is required for quadrupedal animals to locomote on their hind legs?

I am designing a creature that is quadrupedal but can run after prey on its hind legs. What kind of hip bone would allow for the excess stress to be put on it during bipedal locomotion? The animal is roughly the size of a mountain lion and weighs on average 100 pounds. It is a predatory carnivore. The planet it inhabits in very similar to Earth. It has an identical atmosphere that is 23% oxygen.

reality-check creature-design xenobiology skeletons bones
Share
Improve this question
edited May 4, 2019 at 15:12
MintySweeTea
asked May 3, 2019 at 15:08

For vertical facultative-bipeds (Adapted primarily for walking on four legs, but able to walk on two legs) the only real consideration they have is where the center of gravity.

What exactly will help depends on what their anatomy and pelvic anatomy in particular is like overall. note that although the front limbs are skinny they are still close to the same length as the back limbs otherwise they cannot walk on all fours. If you look at hadrosaurs it looks like their front limbs are very short but they are the only dinosaur with free floating shoulders so the shoulder blades add to the limb length. 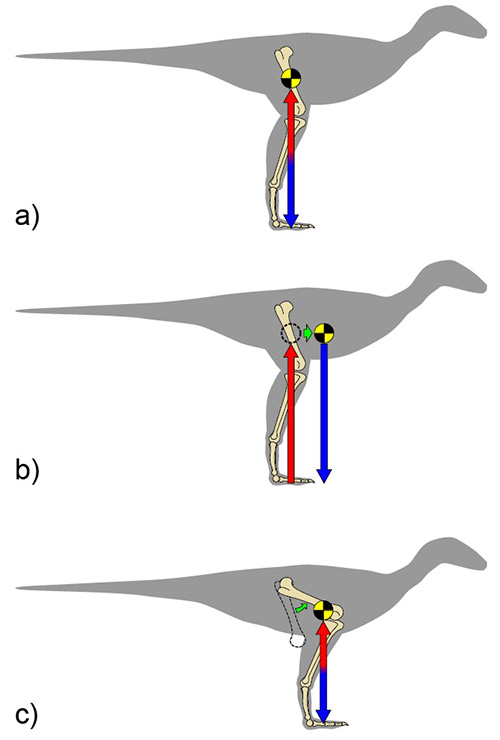 The dinosaur Iguanodon comes to mind, and looking up iguanodon hip gave me these images 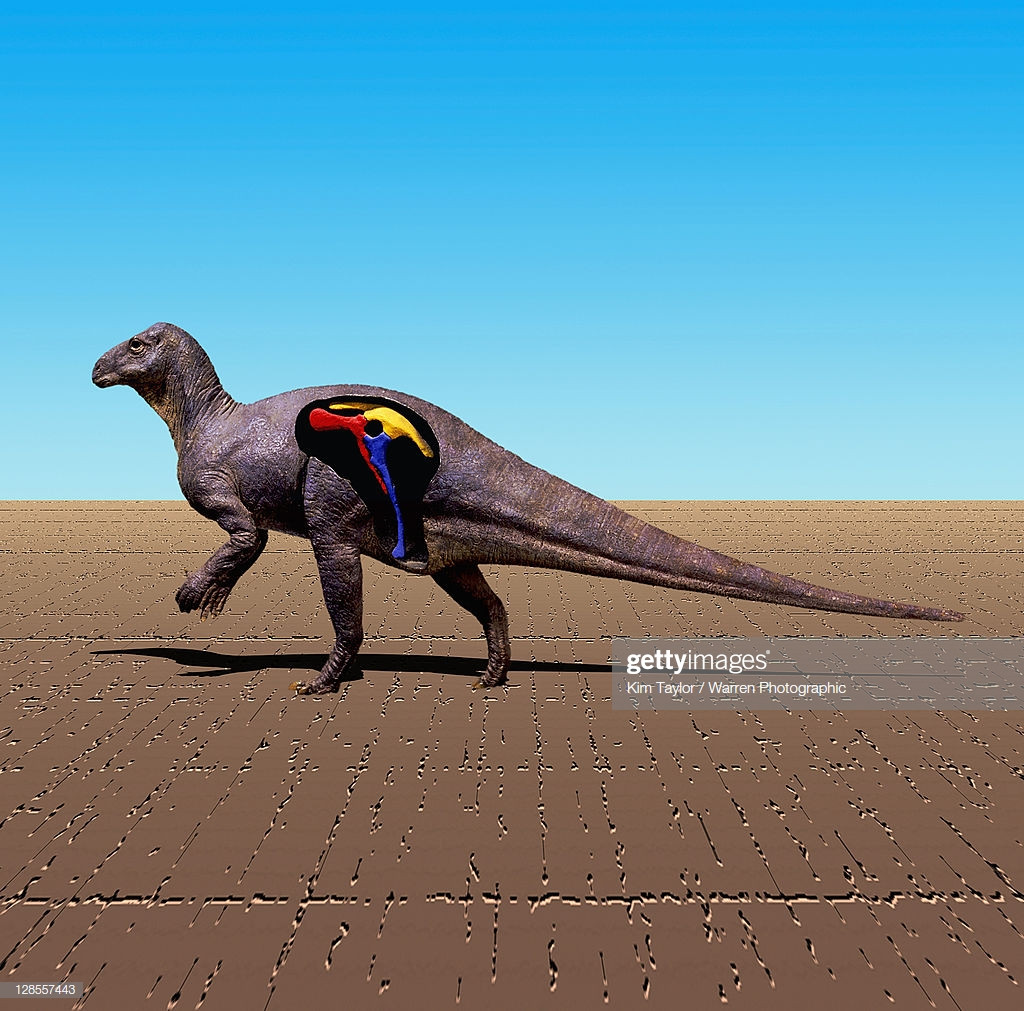 So, what you're asking for is called a facultative biped. There are many, many types of animals which are facultatively bipedal, even more than there are obligately bipedal animals. Some examples include pangolins, agamids, iguanas, sifakas, ornithopod dinosaurs, a lot of basal archosaurs like rauisuchians, prosauropods, ground sloths, chalicotheres, monitor lizards, beavers, raccoons, skunks, gibbons, indris, Eudibamus, baby sauropods, stegosaurs, tree kangaroos, and even cockroaches.

What's important here isn't the structure of the hip, but rather the distribution of mass. The main reason why the average quadruped can't walk on two legs is that too much of its mass needs its forelegs for support. If you have an animal where most of the weight is directly above the hips and hindlimbs, which never leave the ground, then you're good. Also, the hind legs should be longer than the forelegs.

There are lizard species that do this. For example Chlamydosaurus kingii, the Northern Australian Frilled Dragon that runs two-legged on land 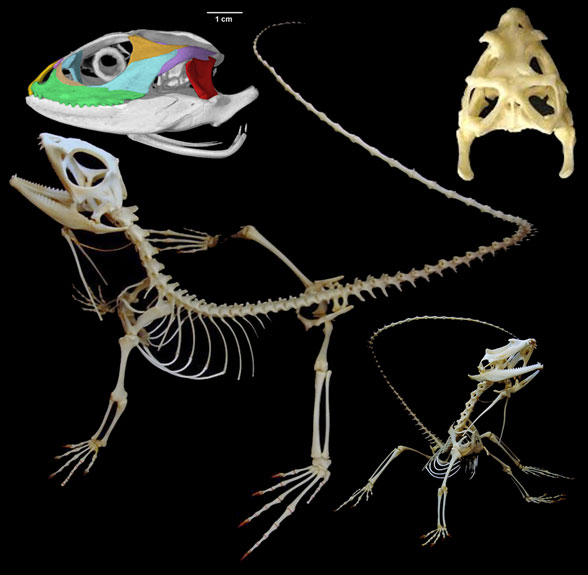 and Basiliscus basiliscus, the Jesus Christ Lizard that can run on water! 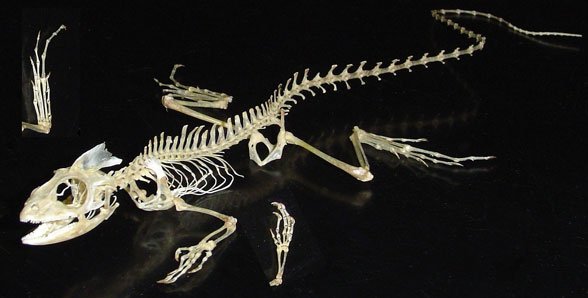 Not the answer you're looking for? Browse other questions tagged reality-check creature-design xenobiology skeletons bones .

16
Is a four armed arboreal reptile as described viable?
26
What sort of beak would a bone marrow eating bird have?
3
How do I explain the compound eyes of my creatures?
9
Is it possible for a terrestrial creature to generate lightning?
3
How can I make these feet spikes more sturdy?
7
Anthropomorphic flying squirrel, gliding capability
3
is it possible for quadrupedal or hexapodal flying monster to fly well while their limbs retracted?
5
Anatomical Review: Would the way I designed this semi arboreal Imp be biologically feasible?
1
What type of enviroments pressures animals to lose their back limbs?