I read a prediction that if the global fertility rate stayed at the same rate as it was in 1995 by 2150 the population would be 256 billion people. That sounds crazy, but for my sci-fi I'm rolling with it (albeit shaving off 50 billion).

The Hegemony needs to feed these 200 billion odd citizens. One solution I'm interested in is cultured meat/"lab meat". Can cultured meat be grown in a industrial scale? And would this scale be large enough to feed 200 billion humans. (Their diets would be supplemented with vertical farming and green houses)

Note: Only 30-50% of the population can be fed by traditional farming alone. 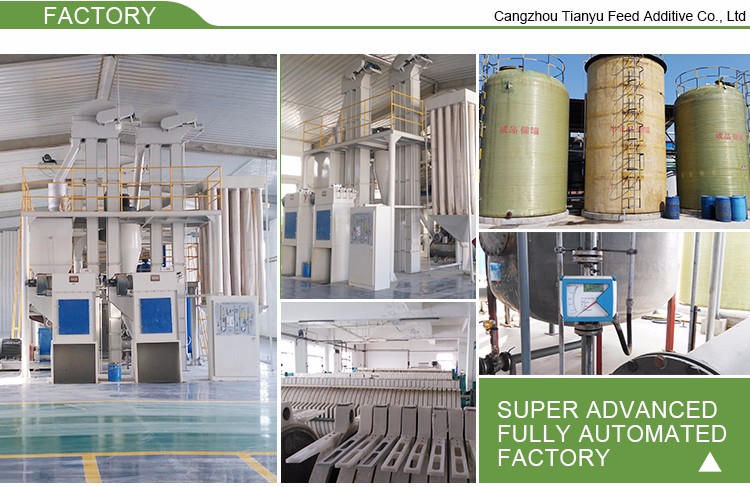 This robot factory grows yeast to use as a food supplement. The protein content is comparable to soybeans. You can easily enrich yeast with minerals and in fact this is widely done as the yeast makes the mineral nutrients more bioavailable.

The benefit of the yeast is you can grow them in three dimensions on any kind of land or even on boats at sea. The downside is that you need to provide the yeast with everything they need including a nitrogen source and organic carbon to make into their bodies. Soybeans can do a lot of that work on their own, out in a field, using the sun and obtaining their own carbon from the air but they grow only in one dimension and according to the season.

Ordinary meat takes a lot calories to grow. For example you have to feed a cow 9000 calories for it to gain a pound, and a pound of beef provides roughly 1100 calories.

Consuming plants directly would still be able to feed a much larger population that any kind of meat, even if you increased the efficiency of lab meat by 2x or 3x over regular meat.

The biology of this planet ultimately relies almost entirely on sunlight for energy. The less conversion steps between raw sunlight and food (sugar, fat, or protein) the less total losses there will be in the system.

Having said that, even most plants only capture a few percent of the available solar energy (corn is only 2% to 3%). Where you would gain the most in terms of feeding much larger populations would be to invent artificial photosynthesis to produce 10x or 20x more sugar per watt of sunlight than we get now.

Yes (and it will happen fairly soon)

With the advent of 3d printers it's possible to print meat like products from other products.

Eventually society will have algae, bacteria and yeast tanks to produce the food we need. The only problem is it's not exactly appetizing. With additional processing, it can be made into products that have the look, taste and even smell of other foods including meat.

The tanks can be supplied with the required nutrients and water extracted from processed sewerage and output food and oxygen. Since algae is so fast growing and efficient, it could also replace vegetables as well as meat.

As best, real meat and vegetables would be the choice only for the ultra rich.

Lab meat only replaces meat, which is only a small fraction of the global diet, and you still need to farm something to feed the lab meat, so there are few gains. That said someday it could easily become less wasteful than traditional ranching, just because you are not growing the whole cow and by using plants and plant byproducts humans will not eat and even human garbage. Lab mean does not gain you much in terms of total calories however, because as I said you have to feed it something, so you are still dealing with the the massive energy loss going from producer to consumer.

You are still going to use grains for the majority of your calories, the caloric efficiency of grains as producers is hard to beat. Really the globe could feed that population without much problem, the issue would be we would have to convert a much larger portion of the worlds surface into farmland, and start using water intelligently which is going to mean a lot of government oversigt. Aqua culture may be a bigger help than vat meat, since it is literally creating farmable surface, although this will likely only make up for having to farm fuels.

That said 100years is a long time technologically by then we may engineered photosynthetic meat cells, if you have that meat is only a little more costly in terms of energy than vegetables, at which point meat would have a similar efficiency as turnips or avocado. That would certainly lower the load on global agriculture but it will still never replace grains in terms of caloric efficiency.

Replacing meat with a better and maybe more humane substitute is a small part of the solution to feeding the world since meat calories are a small part of a typical diet.

There have been a few questions here about the greatest possible production of food per unit of land surface using various techniques.

and here: How can Dwarves produce honey underground?2

And here: How many people can you feed per square-kilometer of farmland?3

And with sufficiently advanced science food can be synthesized from chemicals, like in a Star Trek food replicator.

They are working on doing that now lab meat (though to the scientist and their polling working on it) they say it's very important for it to look, feel, and taste like the birthed thing.

They currently take cells from a cow or whatever and grow it in the lab they say it is possible but right now it will take years to do that. Just assume you've gotten the break through required to do it either a civilian tinkering in their garage came up with it (as a hobo built himself a home made nuclear reactor for his own shanty power system not kidding). So the civilian tinker in this example figures it out small scale then talks to the government or took it to a manufacturer and solved the issue so now its possible.

Or the government threw enough money at the labs and their scientist to make that occur or Japan figured it out ect. I think its growing speed, portion sizes, and getting the population to see it as safe and natural. Bare in mind real meat would become something for the rich to consume (for prestige and health) all other classes would be given the lab meat the current plan being to just phase it out and not tell anyone as they're so close in comparison.

People could be allowed to further supplement their own lives with their own gardens indoor in their basements or housed in dried swimming pools. Or you could also allow for yard farming but that depends on how much space your society allows for people to take up. They would also outlaw personal farm homesteads so meat could not be sourced from that location it won't stop everyone but then you also have to consider what do you do with the Amish and people who for religious or personal reasons will not eat what they consider to be false meat? Will there be a black market for the real deal? And how will anyone know? One devious thing would be the government in reality controls both ends of this meat pipeline and its all fake save the approved people who get it via they're on a list or are the actual animal providers themselves.

Not the answer you're looking for? Browse other questions tagged reality-check food population .

59
How can Dwarves produce honey underground?
80
How many people can you feed per square-kilometer of farmland?
9
Giving Tolkien Architecture a Reality Check: Dwarvish Kingdoms

8
Smallest set of plants to feed a population
5
By how much would a human population of say 2,000 grow in 100 years?
9
Space wizards city : Is it sustainable?
2
Generation ship: How big exactly?
12
How can I feed an entire population on corpses?
4
What farming practices would allow the Earth to support a population as high as 200 billion
19
What would the main ingredient of a cheap food for the masses be?