How could a planet have most of its water in the atmosphere?

I am creating a speculative evolution project for school (and partially for leisure) and I need a planet for my organisms to live on. I have a rough idea of what it may be like but I'm no expert in planetology and other planet-related sciences.

I need advice on how to turn this into a plausible world capable of sustaining life.

Edit: I just realized I had my facts wrong and I had meant to say that there are large amounts of liquid water in the atmosphere. I'm not sure how drastically this changes the situation of my planet. I apologize for the inconvenience.

A dense atmosphere - as Jackom5 has clarified, atmospheric pressure and temperature determine water's preferred state. We want to keep the planet cool enough to support life as we know it, so let's interpret "dense" as "dense-looking". The atmosphere appears dense because it is full of water vapor. When actually measured, it is pretty close to Earth's norms in order to not challenge the planet's life-friendly status. If you need it to really be denser, then that just raises the necessary air temperature. Higher temperatures are not a deal breaker, but given that Earth-borne thermophiles haven't evolved above bacterial size, it might limit the varieties of organisms which can live on your foggy world.

Larger than Earth - does not necessarily mean higher gravity. You can have your bigger planet, but let's make it less dense than Earth, so that our style of living beings could walk around in the fog and so that some of that life could fly. Flying through fog must be cool.

Only 16% of the planet's surface is water and 150% more water than Earth - is not a problem. If we make your oceans incredibly deep with steep cliffs instead of gradually sloping floors, they can hold almost half of a greater than Earth supply of water while taking up a lot less surface space than our oceans do.

Most of the land is covered in thick rainforests - as Ash offered, this can only help with the real challenge which we will be getting to soon.

34% oxygen ratio - okay, but it will make stuff a lot more combustible. Good thing that there is a lot of moisture in the air or your rain forests would live in constant jeopardy from wild fire.

Most of the planet's water is in the atmosphere

Others have already written about why this is difficult on a life bearing planet. Environments where water boils are not conducive to living organisms which prefer to keep the water inside them in its more useful liquid form. As previously stated, if Earth's thermophiles are to be trusted, high temperatures also seem to have a negative effect on the upper evolutionary threshold.

So let's make the high humidity a comparatively recent occurrence. Let's let the planet's life evolve in a nearly perfect earth equivalent environment; with clear skies, lots of sunshine and whatever else it was that made the miracle happen here on Earth. Let's let that life crawl out of the seas and start living on dry land.

...then let's boil the oceans!

Massive undersea volcanoes open at the bottom of those incredibly deep seas and start filling the planet's atmosphere with steam. Let's turn the heat down a little. We don't want to boil our young life. Just keep those oceans simmering slowly, while the life evolves and adapts to their changing world.

Give the recipe a billion years or so, with the water constantly steaming off of the oceans surfaces, riding gentle winds till they cool, condensing as dew, then gathering into puddles which grow into ocean-bound streams.

Your world is now permanently fog bound, muggy and slippery. Not my first choice for a vacation spot, but the life that could evolve there should be very interesting!

Speaking in terms of chemistry the liquid and gaseous phases of water are in dynamic equilibrium. In order for most of the water to be water vapor, the world would have to be incredibly hot. 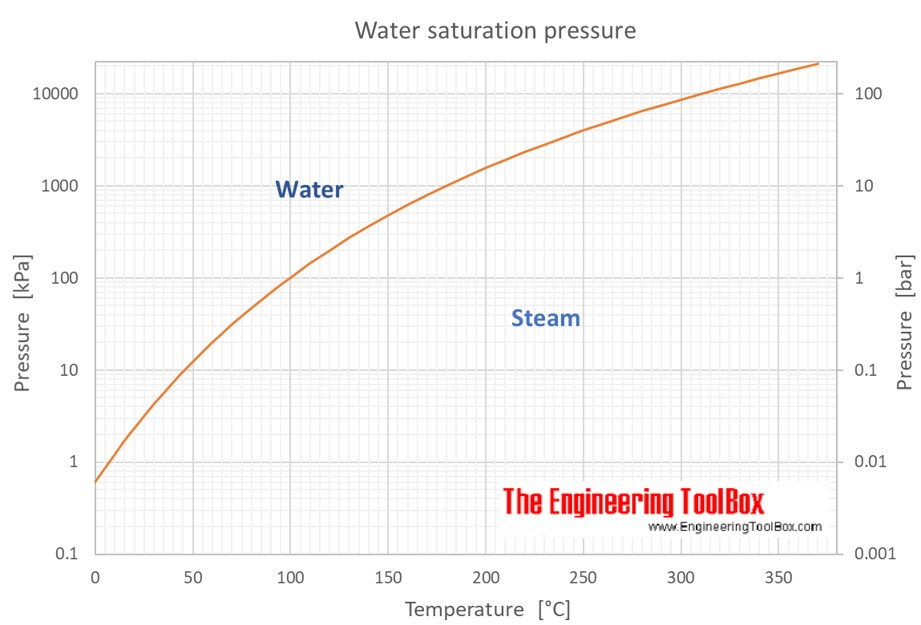 The other option would be to have an incredibly low pressure which would not be consistent with your dense atmosphere. 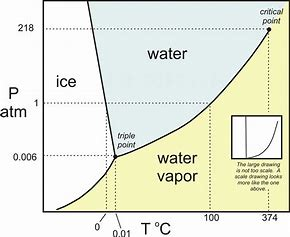 Neither of these options seems plausible.

Now if you wanted a world with significantly more gaseous water than Earth but still within reason, I would suggest a mixture of increasing the temperature, by moving the planet closer to the sun, and decreasing the pressure, by decreasing the presence of other gases in the atmosphere. This would allow for a consistently high concentration of water vapor comparable to a foggy day on Earth.

You want a planet like Teneba. Hal Clement had great skill in creating worlds with unusual chemistry. In his novel, the combination of mass, temperature and pressure results in a world very close to water's critical point.

Many other excellent answers already, but I want to throw out one more: evolution.

You are constructing a planet that is very different from Earth in many respects, albeit similar in others (has an atmosphere and is capable of sustaining liquid water, for instance). Presumably, your planet also has an atmosphere that is composed primarily of oxygen and nitrogen (and water vapor, obviously), although you only mention the oxygen.

Yet you are implying the assumption that plants work essentially the same way as plants on Earth would.

If such a planet really exists (which is entirely within the realm of possibility), plants would actually evolve to fit the conditions on that planet. Actually, the whole biology might look different; you may not even have the plant and animal kingdoms we have on Earth.

But assuming that plant and animal kingdom had evolved similar to earth, plants may not use their roots to absorb water and (water-soluble) nutrients; they may use their leaves to collect gaseous water vapor, then liquefy it and pump the water into the soil around their roots to extract nutrients.

Or plants may form a symbiotic relationship with bacteria (or other organisms) that can deliver nutrients from the soil around it, in return for the plant providing water to the bacteria. Or maybe plants on that planet don't need nutrients at all; photosynthesis may be enough. In that case, the plants on your planet may not even need roots. Since the planet is larger than Earth, you would also would have higher gravity, which may make roots unnecessary.

You may also want to think about photosynthesis in this context. Maybe the star for this planet provides a different light spectrum than our sun does. That may favor a different type of photosynthesis that may use water differently, or not at all.

The bottom line is that almost any mechanism you can come up with is plausible, as long as it does not lead to internal contradictions.

You say that most of the planet's water is in the atmosphere, and that only 16% of the surface is water, which begs the question of how much, exactly, is "most" of the water? Are you just talking about surface and atmospheric water? Because groundwater is a vital part of any water cycle.

The topography of the planet is one interesting place to start. If you have very large mountains and valleys, the mountains might be cooler and allow rainforest growth.

The distribution of land and water is another question to consider - for example, if most of the water is based around the equator, with deep oceanic trenches to counteract the heat, and heat exchange between equatorial and polar regions is limited, then in higher latitudes, cooler temperatures may promote rainforest growth.

The length of day should also be defined - slow rotation would mean longer nights and more time for condensation onto plant leaves or soils. I think your original criteria might allow for rainfall as long as subsequent evaporation occurs quickly enough.

Non-gaseous content of the atmosphere is important, as rain cloud formation happens when water vapour condenses on cloud condensation nuclei (e.g. dust, salt, soot), so abundant quantities of these would encourage higher levels of precipitation, and subsequently be more conducive to rainforests.

Try doing it with geography. The (condensed) water flows into a vulcanic are where it evaporates. You might consider a vulcanic equatorial.

Keep in mind that those clouds will probably be snow at the top, conflicting with the "liquid" part. You cannot avoid the temperature gradient in the atmosphere and you will actually have to think about some energy source to sustain the gradient and the winds. The sun will probably won't do, the clouds will reflect most of the sunlight and it will be quite dark on the surface.

Not the answer you're looking for? Browse other questions tagged reality-check planets atmosphere water .

103
A list of worldbuilding resources
9
can a water cycle exist on a planet without oceans?

34
Can airborne floating/flying islands be scientifically possible?
6
Would complex life evolve on this planet, and could humans survive on it without much outside help?
10
How Might I Design Mountains for My Tidally Locked Planet?
6
Is it possible to have a planet with earth-like mass but double the atmospheric pressure?
6
Are planets like the "To'ul'hian Worlds" from Orion's Arm plausible?
2
What size/distance a planet should be from its star to have a dense atmosphere and not become a gas giant?
4
Weather for a dense-atmosphere water world