What would a car look like for an animal with eyes on the side of their heads?

Imagine an animal like a cow in regards to eye positioning; they can look forward to lessen their frontal blindspot a bit but assume that doing that for a prolonged amount of time is straining.

What would their high speed transportation look like if they have a large front blindspot without using something like a camera?

In writing this I think a system of mirrors could work, but if that's what they use, how would they be positioned where they can still look comfortably?

With their eyes positioned on the side of the head, cattle have panoramic vision of 330° and binocular vision of 25°–50°, which allows for good predator awareness (Phillips, 1993). Despite the wide set of their eyes, however, they do have a blind spot directly behind them (see below). 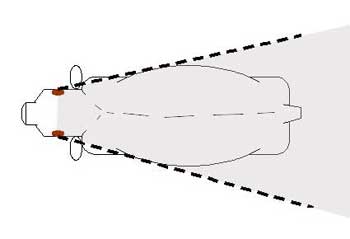 The only blind spot is on their back, like we human also have.

However, compared to our field of view, their is broader. This would affect the design of a car, in that all those vertical parts that we use to hold glasses would effectively hamper their vision, while for us are pretty marginal. 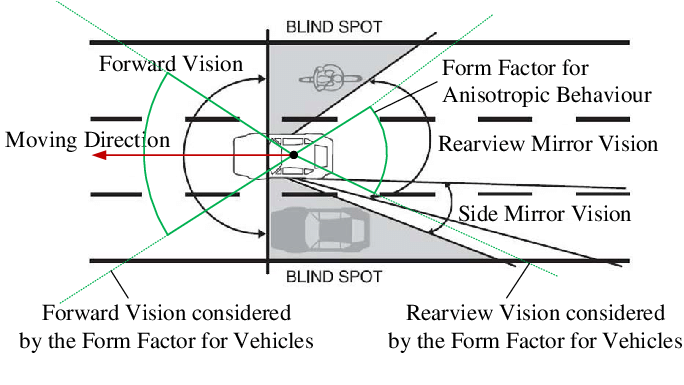 Provided that those are eliminated, cyclists and cowclists would be safer (and others with them), not having to worry about the driver blind spot.

The car would just need to have a wider windshield, to reduce obstacles to the field of view. Something like the bubble canopy one sees on fighter jet would be useful. 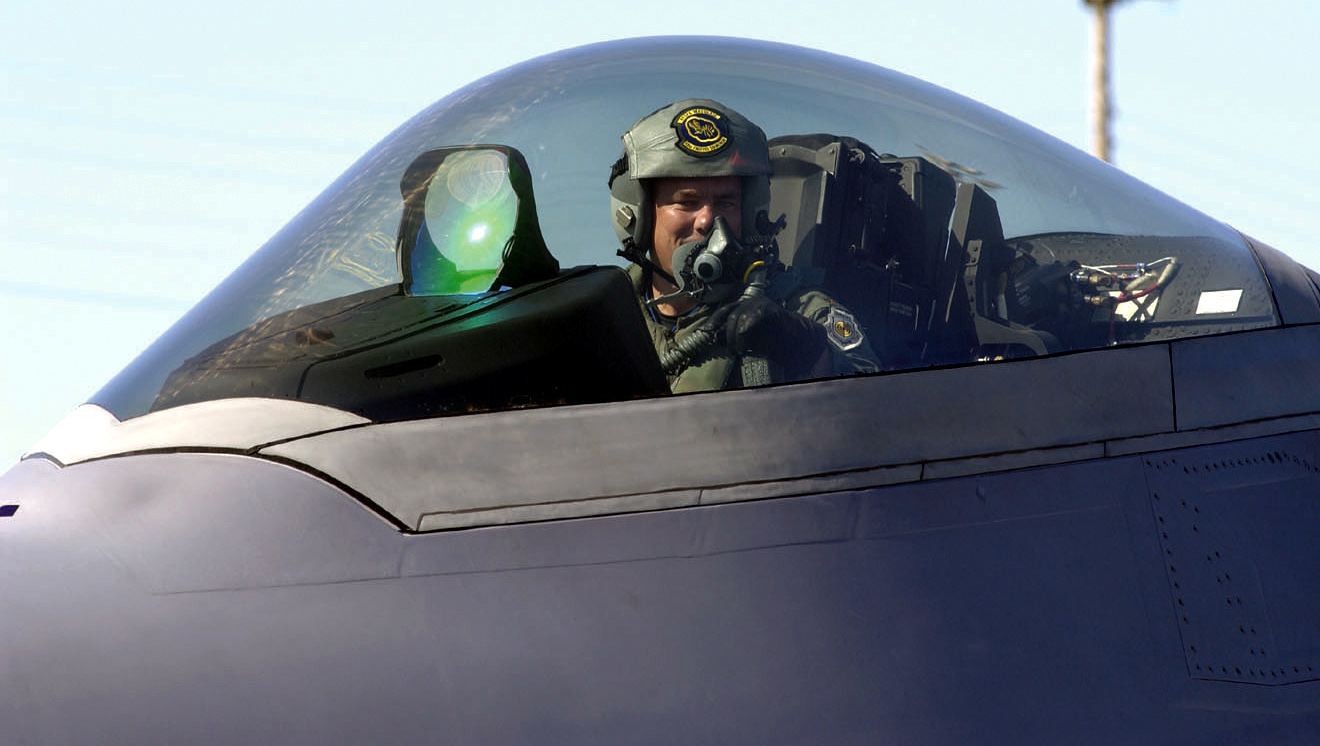 I'm not sure you understand field of view correctly. All animals that move forward can see to the front:

Fish aren't in the image, but their field of view looks like that of any other animal with two eyes. Even insects can see in front of themselves.

Due to the lateral position of their eyes, animals like horses do have a small blind area in front of their head: 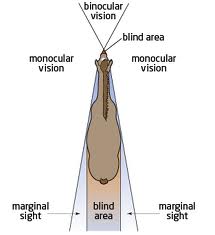 But that blind area does not extend far enough forward to hinder those animals in their forward movement. Horses (and cows) could see traffic well enought to drive a car.

It is unlikely that any animal that moves forward could not see forward. That would be such an evolutionary disadvantage, that it simply cannot exist.

A being that has no overlapping vision between its two eyes is unheard of.

As has been pointed out in the comments, there are in fact animals that have two eyes but cannot see to their front, like the sperm whale. But these animals rely on other means of sensing what is in front of them, such as echolocation.

There are also animals that have only one single eye and no binocular vision such as euglenids and a certain species of copepods, all of which are microscopically small and don't drive cars.

There is no animal that navigates primarily by its two eyes and has no binocular vision in the direction of its movement.

A car needs not be entirely glass-roofed. That is, the species in question may add safety features, such as a roof and four A-pillars which hold it.

You may think of BMW Izetta, but not necessarily a small model. Another one is the AMC Pacer. There may be no need for side mirrors, but still rear-view mirrors are essential.

Not the answer you're looking for? Browse other questions tagged technology vehicles vision .

15
What would people with black eyes see?
7
What would the "tanks" of an underwater race look like?
1
How would one design infrastructure in a world where people can disable technology with their eyes?
28
A fast aquatic predator with multiple eyes and pupils. Would these eyes be possible?
10
What is the scientific basis for yellow, bioluminescent eyes?
4
What would absolute nothingness look like?