(I'm new here, so I apologize in advance if I do something wrong)

TL;DR of what I'm looking for:

A substance (natural or artificial) that...

I made a foolish mistake of working on aesthetics before thinking about explanations, so this is where I'm at: I am working on a world in which people across the globe all wear masks the bear a resemblance to what is used in heavily polluted cities of our world. They are also similar to pollution masks in that removing a mask shouldn't be instantly fatal to a person, just dangerous if left off for long periods of time. Life should be able to go on fairly normally for the people of this world in every aspect besides breathing.

However, regular pollution doesn't work as an explanation in my world, since fossil fuels haven't come into common usage yet. Technological progress varies a lot from the timeline that has occurred in real life, so there is room to explain various man-made chemicals, just not smog from fossil fuels. Totally natural explanations are fine as well.

The substance could have been there from the beginning of the world's existence, or could have been put there at some point. It just has to have been in the atmosphere constantly for at least a couple decades.

So, anything you guys can think of?

Simple dust from dust storms can cause a variety of health problems. A massive shift weather could cause a large area to go into a permanent drought and strong winds collect the dust and create huge dust storms which affect a massive area.

This is Sydney in Australia during one 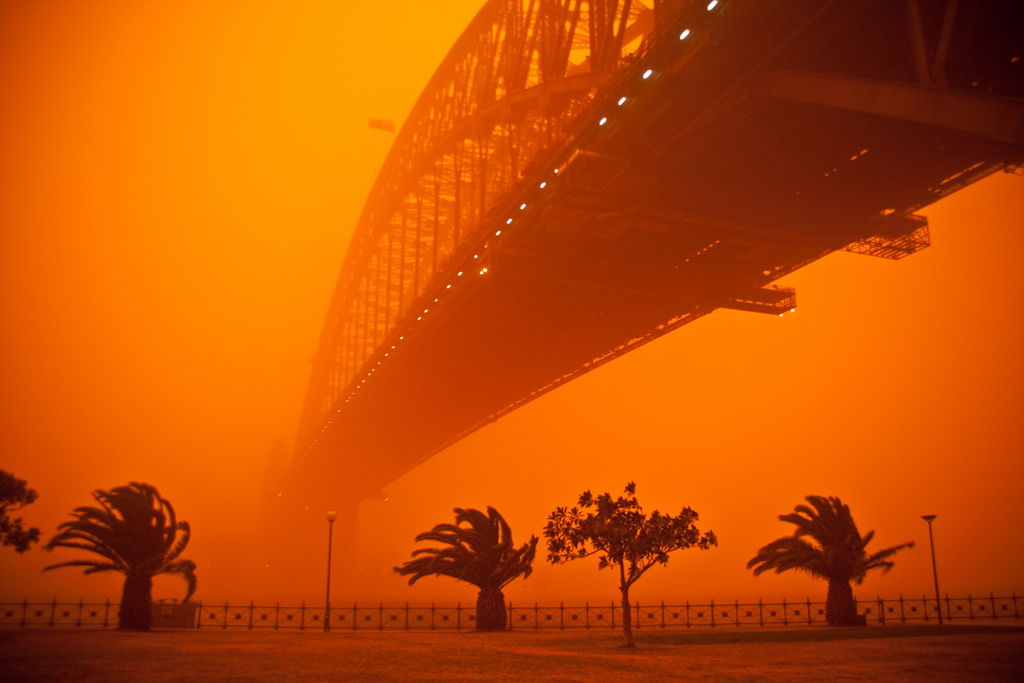 It happens in Australia on a regular basis.

I have just discovered this site and it's 3AM where I live, so I don't know if my answer would make any sense, but I saw an unanswered post and I wanted to contribute, so here it goes:

For a story of mine I contemplated a scenario in which intelligent life evolved before the planet's crust become as stable as it is now on Earth, so basically there was a cataclysm involving massive volcano eruptions around the world which caused temperatures to go up and air to be full of ash.

I am thinking that maybe this, but taken to a lesser extent, could be useful for you. Maybe something like a massive volcano erupting somewhere near (or inside) a major ocean, allowing for the currents to spread sulfur oxide or sulfuric acid around the world.

Another idea is a world with high CO2 concentrations, as for example Earth many million years ago. Let's say the planet has many volcanoes or maybe a type of microbial life which emits lots of CO2, but also massive forests which compensate for it. Then the local civilisation starts to cut trees for wood at a very high rate which causes a deforestation and makes CO2 levels rise just over the "healthy" limits. As far as I know, a concentration of about 1% could kill you in a couple of hours, maybe a day, but wouldn't be a problem if you were to breathe it for a moment.

I hope this helps

Not the answer you're looking for? Browse other questions tagged environment atmosphere or ask your own question. 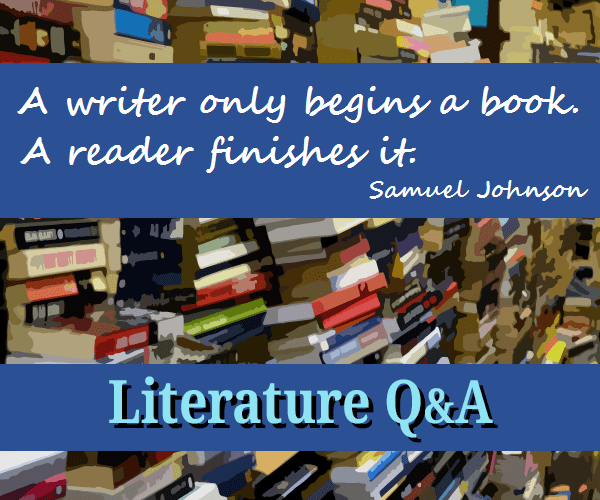 5
What are some of the ramifications and consequences of this world's'“exoticness”?
9
Windscreen wipers for atmosphere suits?
7
Planet with infinite overlapping surface on an axis, problems of the concept
4
Thermal balance for the surface where the atmosphere absorbs most energy
2
Nitrogen oxide atmosphere: Breathing masks
39
Reasons why air travel isn't feasible, but ground travel is?
21
What would be an ideal breathable atmosphere for a planet so that fire couldn't start naturally?
9
A Planet Where The Four Seasons Occur Multiple Times In One Year?