Read (and watched) 'After Earth', where humanity has fled a dying Earth to colonise a new world. Unfortunately, for whatever reason, some intelligent aliens decide to periodically send waves of bioengineered monsters 'bred specifically for killing humans' (https://afterearth.fandom.com/wiki/Ursa).

Bypassing the story plot-wise, these monsters seem horribly inefficient, and don't make a lot of sense biologically. So I was wondering how an organism (barring bioweapons) could be designed to specifically exploit human weaknesses?

Humans are extremely efficient predators themselves, so trying to bioengineer apex predators to hunt humans isn't going to work well for you. Even in totally alien environments, such as underwater, humans have the know how to swim in shark infested water and come out alive and eating shark fin soup. About the only way for apex predators to prevail over humans is to catch individuals off guard or unprepared. A person falling overboard from a ship is far more likely to become shark bait than a prepared diver, and there are countless stories of people being attacked by predators while jogging oblivious with earphones in.

Trying to engineer alien apex predators might not work too well either, since the aliens are not adapted to the ecosystem. You can't replace lions on the Savannah with great white sharks and expect that to be effective.

I would go for something that humans would have difficulty defending against, fast, manouevreable, working at a different scale than humans so difficult to see, track or fight. My "go to" would be to bio engineer wasps so they become even more aggressive, amplify the deadliness of their venom and perhaps even take a page from Parasitoid wasp family and have them lay eggs in the humans to breed the next generation... 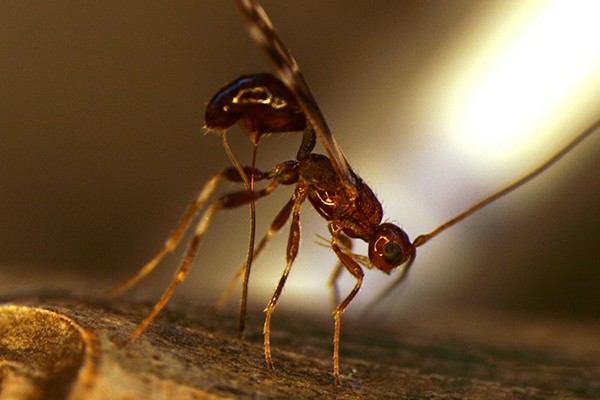 It only takes one 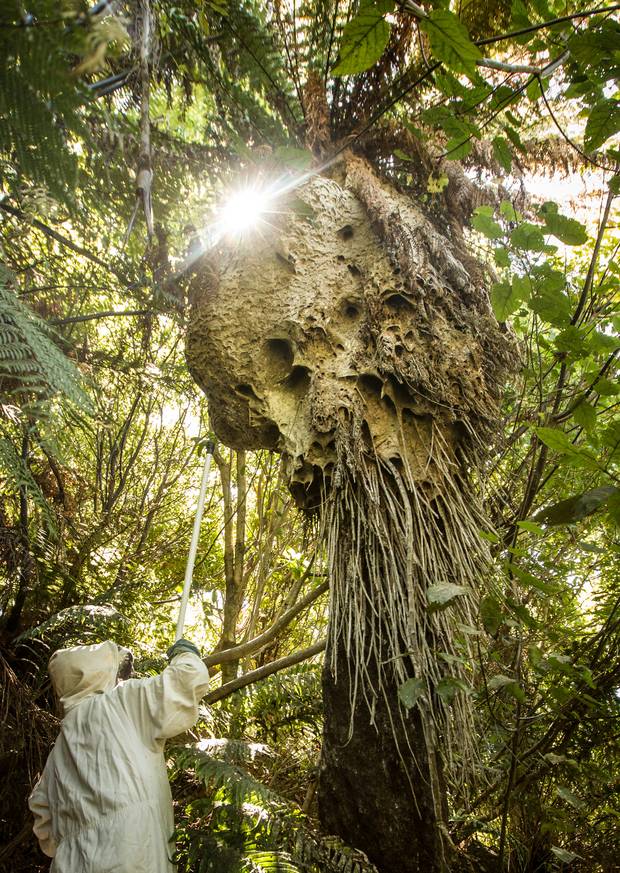 Humans would have difficulty discovering where all the wasp nests were, would also have difficulty fending off enraged swarms of stinging wasps, be killed or injured by the venom and ultimately killed by the larvae consuming the host from within. And while there are countermeasures for wasps and other insects, insects are very small and adaptable, capable of infiltrating even small cracks or holes in shelters or clothing, and breeding explosively so even small numbers can restock areas quickly. Humans will need to spend an inordinate amount of time "bug proofing" themselves and their shelters, which will negatively impact many other aspects of survival. So any alien looking to field a bioweapon to attack humans should consider bioengineering wasps for the task.

If you want to know ways animals can kill naked people in the woods, there are many. A lone naked human is barely a match for a jackal. But as for our species generally, animals were no match for even our distant ancestors. We have many ways to compensate for biological weaknesses. That is why the most efficient killer of humans is humans. The intelligence, creativity and ferocity of humans is largely a result of millennia of intrahuman competition - and cooperation.

The nature of the engineered human depends on the tech level available. If you have guns, then small, resource-efficient humans would be best because you can have more of them and have them not starve. If it is earlier tech then a variety of sizes makes sense - large ones for your shock troops but not so many they eat all the food.

For purposes of fighting, most human weaknesses have been circumvented to some degree with tech. You can shield soft parts, cover soft feet, make fire to compensate for lack of fur, domesticate dogs to watch for you while you sleep. You can preserve and store food to compensate for how you are always hungry.

Ideas about how humans could be more efficient killers of non-self group humans.

Only the trees which thou knowest that they be not trees for meat, thou shalt destroy and cut them down; and thou shalt build bulwarks against the city that maketh war with thee, until it be subdued.

The human killers have no such compunction. They make scorched earth warfare. How they get away with it is a matter for the story. Maybe they can eat dirt.

I will have to read After Earth. I am not sure why technological savvy humans fighting hungry large carnivores don't just poison and trap them all, like we do. It does not sound like these things are ghosts, or live via photosynthesis.

The easiest would be to take a good predator and make it more clever than humans and fast reproducing - any large cat or dog would do.

We could also make some birds, rats or such enjoy human meat a lot and attack in large groups when they see a human exposed, scout out or create holes in the living quarters of humans, and so on. Cat-like intelligence would probably be enough to make them impossible to defend against.

If you want some more creativity in how they look, check out microscopic life forms. Big mouths with saw-like moving teeth able to put big holes into you and suck you dry. Beaks which suddenly expand to several meters length to kill you at a distance (and then suck you dry). Glue which makes you immobile and then starts to pre-digest you into a puddle for lapping up. And many more...

There is an existing human predator. The Leopard.

Forget lions and tigers, we are accidental prey for them. For the leopard however humans and other large primates are right smack in the middle of their prey profile.

My daughter is a Zookeeper of many years experience specialising in large carnivores. While she respects the danger all the large carnivores present she has often commented that leopards are the single species where she has most experienced feeling like a potential dinner.

They have a complete geographic range, equator to arctic. They are effective climbers, and as an ambush predator, have an explosive turn of initial speed.

Why have we out competed them? They do not operate in packs, and humans can out think them.

Running away, one of homo sap's most effective survival strategies, is no help now.

Not the answer you're looking for? Browse other questions tagged biology science-fiction humans genetics or ask your own question.

44
How would societal development be impacted if humans were not an apex predator?