Landfills seem like disgusting, nasty places that could be breeding grounds for all sorts of viruses and bacteria. What is the likelihood that the next lethal superbug or virus (like Ebola) could originate there?

The former comes from places where large numbers of people get together and use antibiotics excessively and/or incorrectly. You end up with new flavours of old favourites, like totally drug resistant TB.

The latter are often zoonoses. The likes of ebola, HIV and swine flu are animal pathogens that jumped the species barrier and proved to be a little too effective in their new environments. You get novel zoonoses where people and animals spend a time together in unsanitary conditions.

Landfills describe neither of those things. Unless it is a waste dump for surplus and expired antibiotics, there's not much pressure on landfill microbes to develop and maintain drug resistance. Not too many exotic animals frequent landfills, and humans don't tend to hunt or farm there.

I'm not saying it is impossible but, y'know, there's not much reason to think it'll happen, and every reason to think there will instead be an outbreak of a new kind of flu or haemorrhagic fever or an old kind of disease suddenly becomes treatment resistant and goes on a bit of a spree instead. If you wanted ideas for somewhere else, I'd be looking at places that do cheap, massive-scale meat production.

(Also, viruses and bacteria get all the press, but there are other unpleasant things you can catch more and more easily these days. Rat lungworm, anyone?)

The reality is that landfills are not places we dump our trash and then leave alone (or maybe move around with machinery). 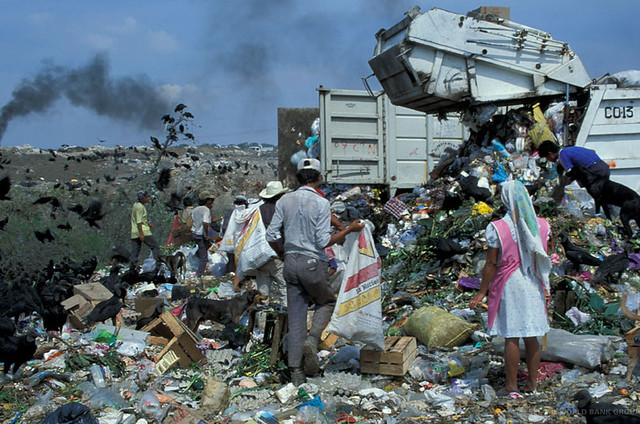 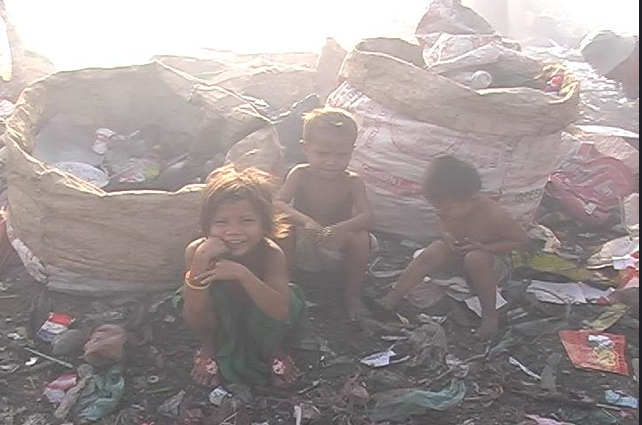 We already know there are dangers to living within 5 kilometers of a landfill. Hydrogen sulphide gas and other toxins. Toxins aren't "bugs" but they can lower your resistance. Cancer and birth defect rates go way up as well.

So what about diseases caused by viruses or bacteria?

One of the most basic hygiene problems that haunt developing communities is lack of adequate toilets...People defecate in the open — in fields, bushes and bodies of water — putting themselves and their community in danger of fecal-oral diseases, like hepatitis, cholera and dysentery.

Children are especially susceptible to these diseases when their home and “playgrounds” are overrun with rubbish and human waste. In countries throughout Asia, children can be seen swimming in polluted stagnant waters, digging through trash and playing amid toxic substances at landfills.

The pictures in this PBS article are staggering. Landfills are vectors of disease and people who have no choice but to live on or next to them generally do not have safe toilets/sewage and their water supplies are usually contaminated as well. In some places, entire communities are garbage dumps and people are too poor to move or fight the influx of refuse.

What are the chances that the next Superbug will come from a landfill? Quite possible. Once it spreads in the community living there, it can easily extend its reach beyond that. Combine a landfill with waste from something like factory farms, which use massive amounts of antibiotics (including in the rural 3rd world; most factory fish farms are in those places (Vietnam, for example) and they use tons of antibiotics and pesticides and more). It would be another post to describe how antibiotic use in animals leads to disease in humans but, suffice it to say, it's already happened.

Starfish Prime explained why the chance of superbugs developing in a landfill site are unlikely.

However that does not mean that a landfill site could not play a significant part in the development of a superbug.

If badly processed human or animal waste (e.g. from a hospital or farm) were being dumped into a poorly contained landfill site, such as a site where runoff was escaping into human water supplies, this could play a very significant part in the genesis of a superbug.

While the bug actually developed on the farm or in the hospital, as an animal disease or drug resistant strain, the landfill acts as a launching ground releasing the bug to huge numbers of victims.

You could definitely make this the premise of a story. 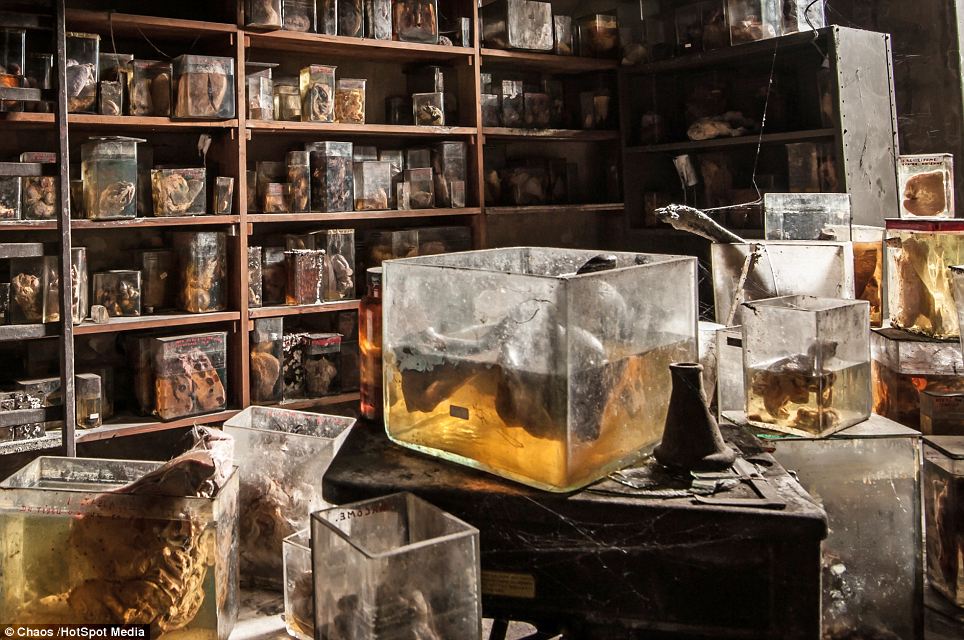 Did you know Mammoth tusks were found among illegal markets? Global warming is uncovering large swathes of Siberia, where innumerable pieces of animal carcasses are decomposing.

All you need is for one of those fellas to get a bug. They usually don't have good hygiene. Ton of hands touching the same sample and you also must take into account that poor families statistically bear more children.

So you have a possible source, a vulnerable population and the means to travel the globe as contraband.

Not the answer you're looking for? Browse other questions tagged society diseases viruses bacteria or ask your own question.

23
Can I create an unstoppable disease?
6
Could there exist a quantum virus which breaks someone's body down to fundamental particles?
3
Completely antiviral resistant, possible?
54
Reasons why healthy people would intentionally want to get infected?
28
Could a virus that just kills plants be the end of us all?
11
How could a seemingly-harmless virus become deadly at a predetermined date and time?
5
Creating chimera virus by rogue scientist
6
Is it possible for thermophilic viruses to infect humans?
8
What is more plausible, viruses in a host brain or a viral colony becoming conscious?
2
How could a mutation of an engineered virus initially be undetectable?