What would happen if everybody received $1B? [closed]

Ask Question
Asked 9 months ago
Active 9 months ago
Viewed 211 times
-5
$\begingroup$
Closed. This question needs to be more focused. It is not currently accepting answers.

My wife is an accountant and she refused to listen to my stupid idea. Before I go and ask economists, I would like to ask Worldbuilding :)

As we hopefully are aware, increasing automation is going to make much of human labor obsolete, probably very soon (https://www.youtube.com/watch?v=7Pq-S557XQU). The solution to this is to make work optional, and to provide everybody with the things they need to be healthy and entertained. One such solution is Universal Basic Income, which has been tried a few places and generally, gets rejected by policymakers or citizens because they don't like the idea (Urecht, Finland, Switzerland et al.).

So here is my imaginary solution: What if, let's say only in the USA, it is announced: "On October 1st, everybody aged 18 and over will receive one billion dollars." And the US government creates the money and deposits into people's accounts on the day. The broad effect being, the reduction in the value of money and thereby, flattening the distribution of cash wealth in the USA.

Note, I can't easily extend the concept to the entire world because of the numerous currencies, but the US is fairly isolated so the thought experiment starts there.

My imaginary short term outcomes include, in no particular order:

The program will essentially be a combination of wealth redistribution (without ever taking anything away from the rich) and universal basic income (without having to identify any source of the funds).

Presumably, each subsequent October 1st, everyone would again receive another $1B. So everyone will know, money is going out of style.

My big question is: Would this program actually succeed in transitioning people to a non work based life?

This is a very bad idea. Printing 300 quadrillion USD and distributing it would massively disrupt the entire global economy in a number of ways.

You are critically underestimating the concept of inflation, especially over time.

Look at real-life real-estate. If you give one person had \$1 billion, they could buy up a LOT of houses in the \$300k range ( approx 3 thousand of them) and own a lot of real assets. If everyone has \$1 billion, housing prices are going to go way up as many, MANY people try to acquire real value assets.

Housing cost increases will echo through the rest of the economy until things stabilize, but that might take a long time. An Iphone won't instantly jump to $20 Million, it will creep back up to a point where not everyone can afford it. The salaries of every engineer working for Apple will need to increase to keep them working there, and costs will increase to keep profit margins.

The end result will be some people that were able to leverage the sudden cash into real-value assets with advantageous positions, but most people will end up being more or less in the same boat they were before.

The biggest difference is you just destroyed the USD's stability and credibility on the open market, probably destroying foreign investments and triggering a shift to another currency as the global reserve.

You might have people paying off all their debts immediately, but new debts are always being created, and you just jacked up the cost of all of those new loans.

There is a lot of uncertainty of how everything would play out, because economies are chaotic systems. And you would be creating a LOT of chaos.

Money depends on there being some level of comparison between valuable items and the money. If you arbitrarily create more money, then the extra money chases the same amount of goods. The price of a loaf of bread isn't limited by any considerations of what it ought to be. 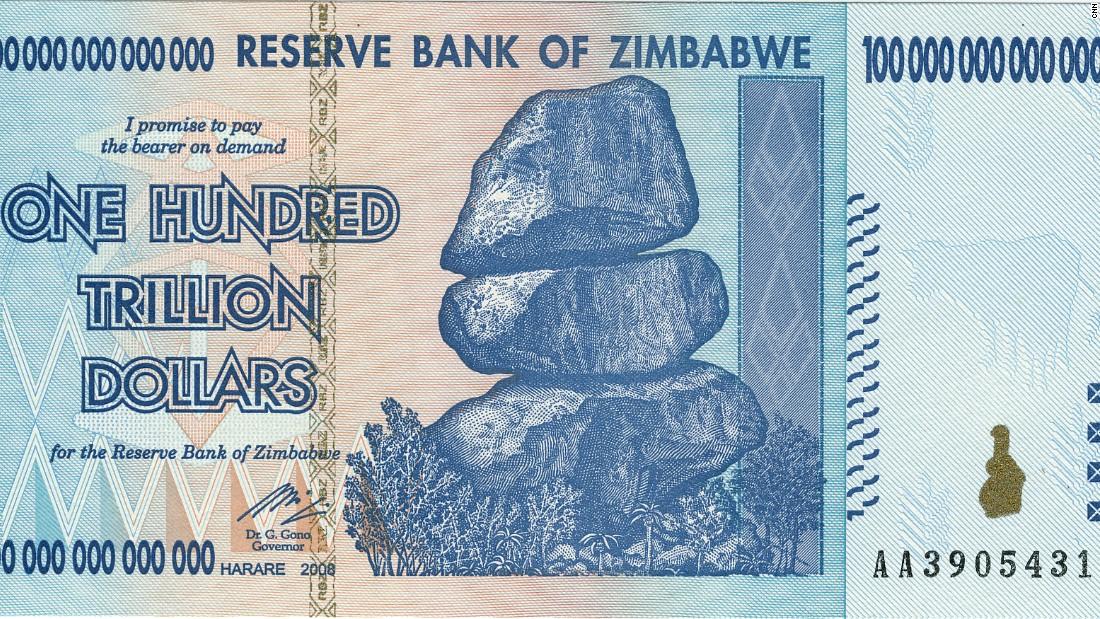 Very shortly after the creation of that much, money would be worthless. Most enterprises, activities, and businesses would cease to operate. All banks would be wiped off the planet.

Your bank card will be worth more as fuel than for what you can get out of the bank account it's attached to. People will be reduced to barter.

The only thing that has ever interrupted such a process is war. Nearly always a war that is remarkably violent and horrible even as wars go.

I can see several things that could go wrong with this

I'm sure their are more things. In general this would be a bad idea overall it would provide a quick injection into the economy but it would be short lived. Just look at lottery winners many find themselves broke and re-entering the workforce after a few years.

instead of a large injection to everyone.

Hyperinflation would destroy the economy. The loaf of bread may rise to \$10K, but cars would rise to \$140M and houses to \$1.2B. To see what happens, consider researching hyperinflation in the Confederate States of America and the Weimar Republic.

Debt You're assuming that banks would allow anyone to pay off their loans without first adjusting those loans for inflation. Injecting some 200 quadrillion in dollars unbacked by legitimate growth or intrinsic value means everything must be adjusted ahead of it. If banks didn't make those adjustments (basically increasing the debt value by 4,000X) they'd be out of business in a month.

Equalization of Wealth People advocating that the rich shouldn't be rich generally ignore the fact that one of the reasons they are rich is that they were very good at creating jobs. Giving everyone \$1B would be a temporary setback for people who know how to generate wealth. A lengthy discussion of why left-wing/socialist ideas of forcefully equalizing wealth don't work is inappropriate for this site. But research into the many reasons the Soviet Union collapsed is instructive.

It's worth pointing out that if this were to actually happen, the Trumps of the world would convert their U.S. dollars to anything else before it did, thereby guaranteeing that when the U.S. dollar's value against those other currencies tanks, they can convert it back and be just as far ahead as they were before.

Unwashed Masses Don't Turn Down Free Anything which is why promising free health care, free education, free cell phones, free wages, etc. is a powerful political motivator. The fundamental problem is that nothing is free. A price is always paid (continue reading about hyperinflation).

\$10,000 Loaves of Bread People may be able to afford them for a short while, but eventually everthing's either back to normal or worse off than before. (Remember: \$140M cars and \$1.2B houses and \$2.4M/month rent.) It's the reason minimum wages never permanently solve problems: spending money without increasing value simply devalues the money (and other things along with it, like education). Simplistically, you can't forcefully lift people out of poverty without devaluing the people who are affluent (either by taking their wealth via taxes or devaluing their wealth via arbitrary minting). You claim that everyone could afford a \$20M/yr cell phone contract. You're not doing the math. You've only bought people 50 years worth of cell phone coverage, which isn't particularly different to today when comparing to someone who is given \$250,000. 50 years of cell phone coverage, then the money runs out. You haven't solved any problem other than to force the prices up so that when the money runs out nobody can afford cell phone coverage.

Non-Cash Assets Most wealth is non-cash already. Even the Trumps of the world are wealthy due to stock, property, and other investment values — not simply the number of liquid dollars they have in a bank. Again, nothing's changed in your scheme, other than to make prices impossibly high when everything settles down. Think about it. Your house is worth no more to the next guy then than it is now. The difference is you and he have 4,000X the money to work with. You don't actually believe the average person will still sell their home for \$300K, do you?

Education As before (and as mentioned before), education will reign supreme. Those who know how to create wealth will eventually (faster than you think) end up with all the wealth and those who don't will end up without it. "A fool and his money are soon parted." You probably haven't thought through how foolish this idea is.

As with all social share-the-wealth programs, the "solution" will appear to benefit people temporarily, but will quickly prove insufficient because it doesn't actually address the underlying problems. An individual's lack of money has never been the problem. That individual's desire to create wealth through education, sacrifice, and work have always been the problem. I'm all for helping people become educated because value is being created through the expense. Ditto for helping people find work. But without that creation of value, solutions fail.

Do you want to know what the "unwashed masses" will do with that \$1B? They'll play video games, gamble, eat/drink/be-merry... almost anything other than become educated, invest, and solve their long-term problems.

IMPORTANT: I have not addressed what doing this would do to the rest of the world. The consequences would be devastating world-wide. If you think the rich get richer and the poor get poorer now, wait until you make the U.S. dollar worth nothing anywhere and everywhere else in the world.

Not the answer you're looking for? Browse other questions tagged humans economy or ask your own question.

12
How to make basic-income society work?
52
What happens if money vanishes if not spent?
22
Effects of “tax your vote” political system
3
What would happen to a medieval town that suddenly has no industry?
5
Ways to decrease social mobility other than aristocracy?
5
If all taxes were replaced with a Land Tax, would this deliver a fairer society and improve the economy?
6
What kind of a tax system would encourage well-off to have many children?
21
Why would an immortal make good on his loan?
5
Can a successful economy exist without renting stuff?