With the knowledge and tools required, could an atmospheric pressure engine train be built in the 15th-16th century? If so how effective would it be and what change would it bring to the world in that timeline? 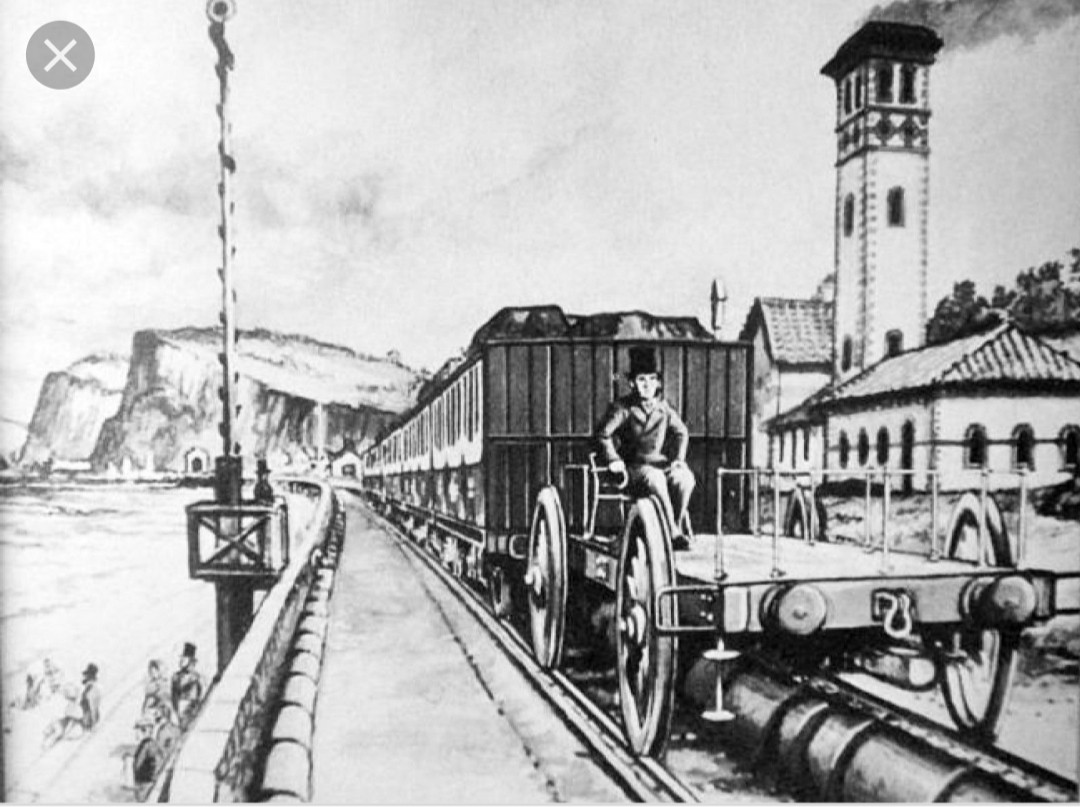 Also if these can't work efficiently, are there other possible alternatives?

Generally, atmospheric engines have a very low specific power production -- enough so that I doubt you could build a practical train with one even with 20th century manufacturing technology.

If you look up YouTube videos of "flame licker" engines (one of the most common types of atmospheric engine), you see them running happily at good speed -- but I don't recall ever seeing such a video of the engine doing "useful" work, like turning an electric generator or pulling a load. From comments, atmospheric engines (described as "internal combustion", so not exactly like a modern "flame licker") were patented in the early 19th century and used for commercial (stationary) power (running pumps, mainly) in the middle of the 19th century, but over time they were beaten out by steam, which has a much higher specific power and can be made lighter for a given power level.

The underlying problem is that with a maximum of one atmosphere (in practice, a bit less) of pressure differential driving the piston, you have a tiny fraction of the power available that you'd get with either a combustion engine (which typically compress to several atmospheres before igniting the fuel/air mix) or an expansion engine (compressed air or steam engine -- again, typically operating on several atmospheres of supply pressure).

The picture is from an atmospheric train, so I'll assume you mean that instead of "atmospheric engine". This is doubly good because Zeiss Ikon already answered that alternative.

Yes, it could be built, the technology and materials needed were available to Hero of Alexandria centuries before. He probably could have made one if somebody had paid for it.

It would be quite ineffective. The idea in the 19th century was to use steam engines which were not available in your time frame. You could use wind or water power instead but that has serious restrictions that reduce value. Air pumps would also have been less efficient due to less precise manufacturing.

Temporary railway to transport material for a specific large scale project might work. Or a short vanity project. Think building Taj Mahal or the Pyramids, or giving the guest to Royal Palace really cool way to arrive. But usually in such cases human labor would be the easier solution. But with specific circumstances... Why not. Hero did build pneumatically opened temple doors. A king might want "a house moving on tracks" and be able to afford it.

Another option that might be available is a short railway inside an industrial complex. If you are planning to build up local technology in some way concentrating your manufacturing projects into one location makes sense. You might have wind or water mills then use pneumatics or hydraulics they produce to power machinery. And if you use pneumatics you can also build an atmospheric railway inside the complex and it might be worth it since you'd already have the materials and trained personnel right there and the complex would actually have a need to constantly transport stuff.

What was generally used was canals. Building canals is highly labor intensive but the materials and maintenance are in general affordable. This matches pre-industrial economics much better

Not the answer you're looking for? Browse other questions tagged technology alternate-history vehicles pre-industrial or ask your own question.

54
How do I defend an island nation from attackers with 15th century technology?
7
Is it possible for a civilization to advance beyond 17th century tech without electricity or steam power?
25
Why can't a Tercio use crossbows and pikes?
5
What is the highest quality method to produce steel with late medieval technology?
9
Could people of the 14th century create an inline engine for use in aircraft and vehicles?
8
What kind of engine could the 14-15th century world create?
8
Propulsion Systems