I am creating a super villain that developed special abilities from a mutated pineal gland. For now i'm referring to it as the Enhanced 3rd eye or the 3rd Eye ability. From the research I've done, psionic abilities have been linked to the pineal gland. I do not want my character to have just telepathy and telekinesis like other characters with psionic abilities you may read about. I thought about fire manipulation, but fire is often used with superheros and villains. I also thought about matter manipulation, such as the ability to change non-solids into solids by focusing on it, or being able to generate some type of psionic energy or force that can be propel . I would like feedback on my ideas and/or suggestions.

from "One Piece" has this particular skill to manipulate other people's memory. Although it is not related to her third eye, this ability itself can have devastating effects on her enemies, and can be used to create particularly nasty villains. 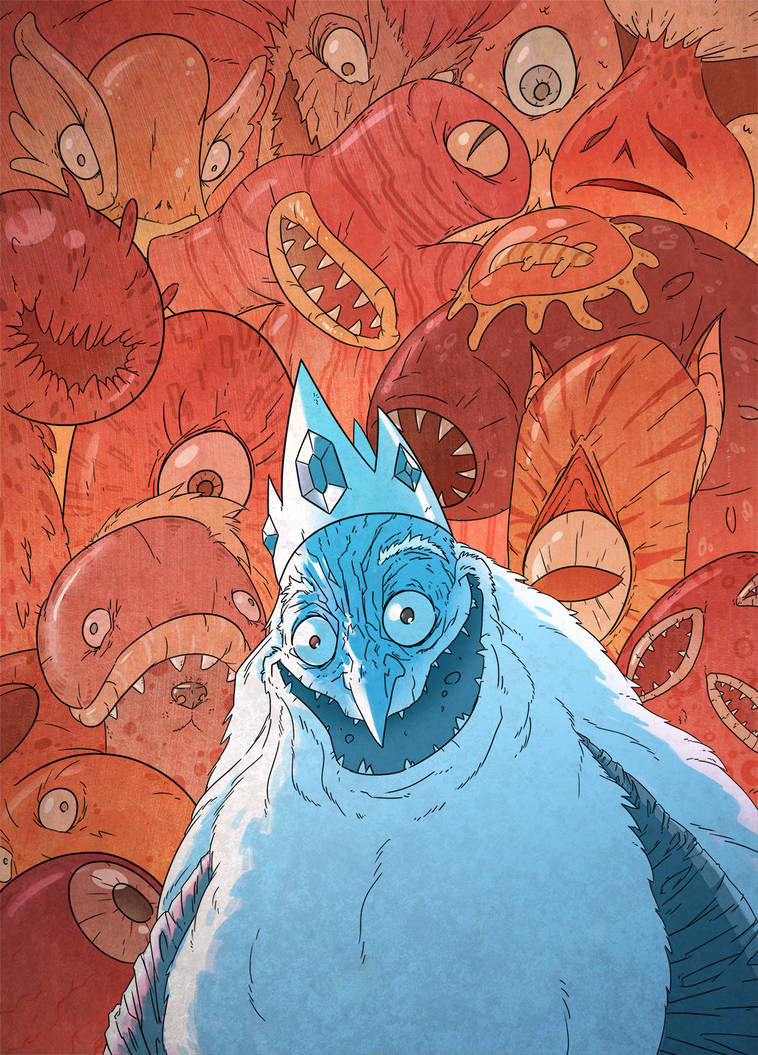 “Because when you have stanky old Wizard Eyes, sometimes you see things that are real, and other times it’s like crazy, crazy, crazy, in your face, all the time… All the time. ”

This was a very trippy Adventure Time episode.

The third eye lets your character see all planes. There are many. All at once. The third eye does not close. He can see ghosts of many types, nature spirits, angels, fairies, monsters, astral travelers and more. He struggles to sort out what is on his plane and how to interact with his perceptions. And also, unsurprisingly, he is going insane.

It's a bit of an unconventional super power, but I think it's a useful one: the ability to know.

This essentially means that the character would be able to see the answer to any question, or understand exactly what to do in a given circumstance. Note that this is not the same thing as being able to tell the future (which is arguably useless if you believe the future cannot be changed). With this, the character would be able to have knowledge of anything, past, present, or future. While it certainly isn't as flashy as many other powers are, it's arguably stronger than just about anything.

Maybe the third eye allows you to see a few seconds to hours ahead in time.

How do you catch someone who knows what you'll do before you do it?

This used by Jedi to allow them to block blaster shots and give the impression of superhuman reflexes in a fight.

It was also used in the movie "Next" where the hero could see two minutes ahead and used this ability to dodge bullets and escape buildings.

The ability to see even a short amount into the future makes the villain hard to fight let alone stop and would involve a foolproof plan to capture. If there was any chance of escape, they would escape.

Communication with Plants and Animals

Plants are everywhere, and it's known that plants can "talk" to each other. If someone with a third eye could communicate with plants, then the grass could give details of the battle that just happened; old trees could testify of generations past; the neighbor's window flower could spy on the house for you.

Have you ever had that feeling that you're being watched? What if it really was someone watching you, intentionally, and they might not even be able to see you! "The Itch" is the power to know where someone else is by concentrating on them. The consequence is that they feel like someone's watching them in spades.

Have you ever felt that moment when you're sure you're in danger? What if it was entirely predictable? "The Reverse Itch" is the ability to feel someone else concentrating on you for the purpose of doing you harm. (This might be too much like the celebrated "Spidey sense," but it it more narrowly (and more practically) defined.)

Yeah, yeah, yeah. Everybody knows about telekinesis, but that's godlike! What if you had the ability to leverage gravitational (or magnetic) forces? In other words, you can't simply pick up a building and throw it, because that would push you about 200 feet into the ground. "Leverage" is the ability to balance one force against another — and you might just damage the other (you'll certainly damage the first!). You're the fulcrum! As Archimedes said, give me a big enough lever and I'll move the world!

What if you had the ability to play with someone's optic processing? No, not hallucinations, that's much to unrealistic... but what if you could modify the colors they see? And the shadows? (This is inspired by The Shadow, who had the ability to "cloud men's minds." But it's less fantastic. You can lighten/darken/shift-hue/change-focus, but you can't make something that isn't there appear.)

What if you could influence where people think you are? They shoot at you... but they hit their henchman instead! They know you're here, but you're never where they think you are! This is because the "I'm Over Here!" ability forces them to interpret your location as anywhere other than where you are. They know you're here, their eyes even tell them you're here! They can hear you! But dang nabit! You're not in front of their freeze ray!

There are days when you just have to have someone else do the job. You're not physicist! Not even a chemist! Heck, you couldn't weld to save your soul! But what if you had the ability to put the mind of someone else into hyperdrive! For the period you're focusing on them, they become geniuses, able to use their training and skills in ways unheard of yesterday! Need to defuse that bomb? Put the bomb disposal dude into hyperdrive! Need to understand those ancient sewers? Put the archeologist's brain into hyperdrive!

One more for the road...

Use that wonderful pineal gland to work balancing your body heat with your surroundings! Heck if you know how it works, but with a little concentration, nobody can see you with a thermal 'scope! It tickles a bit. Maybe you feel a bit cold... or hot... but it's for sure that heat-seeking missile can't find you!

Whilst not providing anything spectacular, this could be incredibly useful. Your villain can see all the tiny flaws and imperfections in whatever he is scrutinising.

Heavy vault door in his way during a heist? He can see stresses in the metal and the weak points to attack.

Hero turns up in a fancy new power suit? Lucky for our villain he can see that weaker weld on the right arm and take advantage of it.

Think Sherlock Holmes' power to solve puzzles or Batman's "perfect plan". It can be his deus-ex-machina whenever you need him to triumph.

I agree with Thorne that Third Eye implies a sight-like ability (making your suggestions about telekinesis and matter manipulation off-reservation - those would be better suited for e.g. a Third Hand)

A few more suggestions in that vein:

Not the answer you're looking for? Browse other questions tagged physics super-powers energy supernatural psionics .

8
A "Rational" explanation for psychic/psionic abilities
1
Newton's 3rd law & Quantum entanglement
72
How can powerful telekinesis avoid violating Newton's 3rd Law?
4
Incorporating the fundamental forces as superhuman abilities
14
Any realistic ideas for a suction-based weapon?
7
Are there any specific supernatural/scientific creatures which might fuse and grant abilities to a person?