What effect could drop the freezing temperature of water globally to −40 Celsius?

This question comes up from Is there a man-made or natural event that can cause an abrupt climate change within hours/a day? – trying to get KaguraRap a functional answer to an abrupt temperature drop that would catch humans off guard. I’ve got a functional outcome I think, but I need reasons for why this would happen.

The Earth’s climate heavily depends on the formation of ice to regulate the climate's temperature. You have a little too much energy (too hot), and some ice melts. You don’t have enough energy and ice forms, releasing energy which turns into heat. This relation works so well because the amount of energy required to melt ice is extremely high. End result is an exceedingly efficient buffer that regulates the amount of energy in our climate system (and ultimately how hot the globe is). Key point here is the melting of ice takes a large amount of energy out of the climate.

Ignore the reason as to how or why this would happen for a moment, but lets say an event occurred that changed the melting point for water from 0 °C down to −40 °C. The specific heat capacity of water is 4.181 J/g/K while the enthalpy of fusion is 334 J/g. Quick version (point out math errors if they exist please), but this means the same amount of energy required to melt ice would warm the same mass of water by around 80 degrees.

So the event happens, water now freezes at −40 °C and starts a massive meltoff as if it were ice in 40 °C + weather.

KaguraRap – I think I have a scenario that will create the rapid temperature decrease and give a Day-After-Tomorrow-style flood to your story.

And to everyone else I’ll pose the question – what could possibly affect water to drop its melting point like this? I know salt and other solvents would do it, but not quite to the scale required here. A degradation of deuterium (the hydrogen isotope in heavy water) maybe? I’d take presence of dark matter traveling through it as well. Alien technology that could inject something into ice worldwide?

In particular, how could the reduction of its melting point be done abruptly, instead of over a long period of time?

Take a look at this physics stack exchange question. The freezing point of water depends on pressure. If the atmospheric pressure was greatly decreased, then the melting point of water will change as well. If we lost atmosphere to a cataclysmic event, or if the force of gravity was somehow reduced, using technology, magic, or by losing mass of the earth, then water would actually transition directly from a solid to a gas at -40 degrees given the reduced pressure.

This is a really interesting solution to the "deep freeze" conundrum. As you say the state change from solid to liquid of that much water would suck massive amounts of warmth out of the planet. I know you didn't ask this but I want to quickly talk about the results, as you may be disappointed.

The effects it would have

It would also have interesting effects on sea levels, sea life, and lots of other cases.

There are a few glitches in the plan though, firstly that a lot of Antarctica is already below those temperatures so would not melt. Secondly the state change of some of the ice would cool the other ice around it, slowing down the conversion. Essentially you have a negative feedback loop that will put the brakes on the process (although it would still continue).

The other catch is that you would get most of the cooling effects at the poles - which are already cold. The tropics would not be affected at all (until sea levels started rising). Ocean currents would be heavily disturbed by the sudden influx of fresh water at the poles though.

How it could happen

As to how it could happen - that's basically impossible with current knowledge of physics.

One possible "plausible if you don't poke too closely" explanation is something like the reverse of Ice-nine. Ice nine is a (fictional) polymorph of water that melts at 42 degrees Celsius rather than at 0 degrees. In contact with water it acts as a seed crystal and converts all the rest of the water into also being Ice-nine, causing it to instantly freeze.

You could hypothesize something similar here. A comet containing some special polymorph of water goes past and we go through its tail. Some of the water polymorph reaches the ground scattered all over the globe and immediately starts a chain reaction converting all other water it finds into the same less stable form as itself that only melts at -40 degrees.

As others noted, there's no real physical effect that does this. However let's look at how a fictional effect might work.

Water can be supercooled to quite low temperatures, that means, there does exist a liquid state of water; indeed that liquid state still exists at -40°C. That supercooled state is, however, very unstable, that is, the water will freeze with the slightest disturbance.

So a fictional cause for the desired effect would have to make the supercooled water state the preferable state at that temperature, that is, reduce the energy of that state, or increase the energy of the ice state.

The trick to do this should be the weakening of the hydrogen bonds, which are responsible for the water anomalies (including the high melting point).

However to do that, you'd need to leave the field of hard science.

The equations for the energy needed to melt ice assume that we must raise the temperature of ice above the melting point. You are proposing to lower the melting point below the current temperature of the ice. It therefore already has the energy it needs to melt. So the glaciers and all but the coldest part of the poles will turn to water, not instantly but fairly quickly.

Short-term effects will be sea level rise, massive flooding anywhere downstream of mountains with glaciers (search for "Calgary 2013 floods" for an example) and an upheaval of nearly every important ocean process.

How you could do it without also making major changes to the earth like removing the atmosphere (which would disrupt the experiment) will require a change to some fundamental laws of nature. Your idea of deuterium won't work - the physical properties of deuterium are close enough that you can drink heavy water for a week with no ill effects (2 weeks is a problem). You're going to need the assistance of an omnipotent deity for this. One with a mischievous streak - Q immediately comes to mind.

I know this is old, but it's surprising no one mentioned salt saturation. Water containing the maximum soluble amount of NaCl freezes at -21 C.The maximum salinity that can be dissolved is 27%.

The oceans are around 3.5% salt. The dead sea is more salty than this level, at 34% salinity. 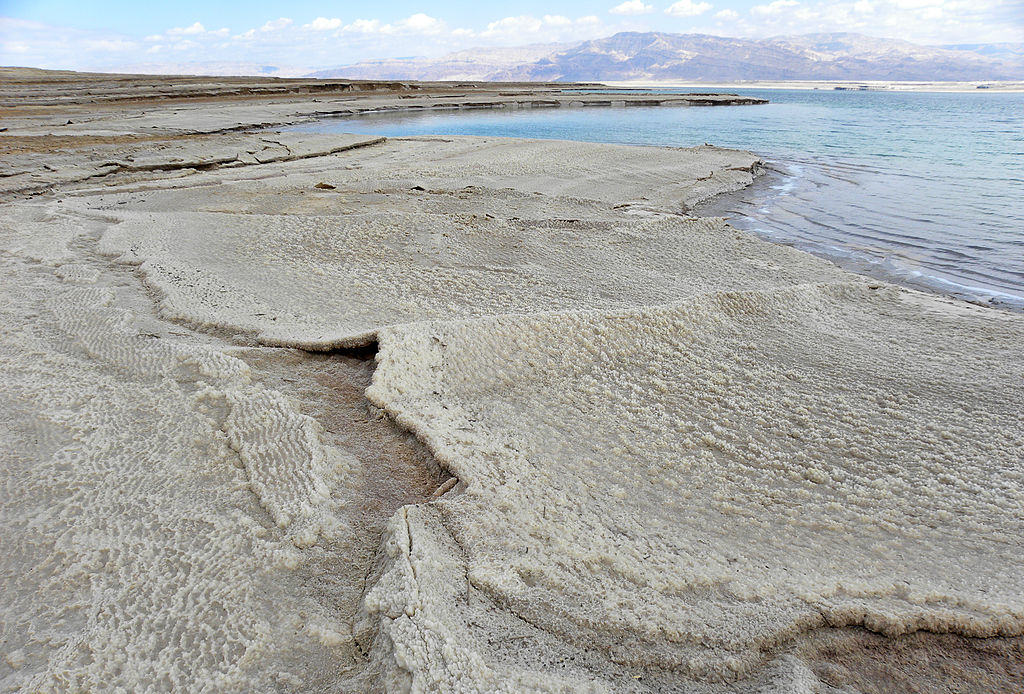 So you can get halfway there by using conditions that actually exist on earth.

Not the answer you're looking for? Browse other questions tagged physics environment climate water temperature .

20
Is there a man-made or natural event that can cause an abrupt climate change within hours/a day?
13
If the North and South Poles' ice melted instantly, what would be the effect on humans and other animals?

20
Is there a man-made or natural event that can cause an abrupt climate change within hours/a day?
7
How could life evolve when exposed to high temperature?
6
Can Humanity use intentional climate change for good?
8
Could water be separated from a mixture by natural condensing/freezing?
106
How fast can I flood the Netherlands entirely and permanently?
5
Would the melting of ice islands affect the weather across the seas?
2
What would the climate and ecosystems be like if instead of water, land would be 71% of Earth's surface?