Modification to Chariots for Heavy Cavalry Analogue for 4-armed race

I have a 4-armed race in my world that is the predominant species of a country. [ Country A] This race is also too heavy to ride horses as cavalry. A major enemy of this country is a human race that is able to use heavy cavalry. [Country B] To help alleviate this issue, Country A uses chariots to use as their analogue to heavy cavalry.

Now I am aware that historically, chariots were not generally used in the way a cavalry charge was, instead being used more as mobile platforms for missiles.

Question: Using medievalesque (akin to mid-late middle ages) technology, how could this 4-armed race modify or use the chariot so that it would be reasonably effective for use as an analogue to the heavy cavalry charge.

For information about the equipment of these armies.

Country B (the humans with heavy cavalry)

For an example battle that these chariots might be used in, assume relatively flat terrain and well-disciplined troops on both sides.

Never try to meet the enemy on terms where they have a natural advantage. Change the terms.

Chariots are never going to match cavalry, and there's a reason that as soon as horses were bred that were strong enough to carry humans and equipment, chariots lost their predominance in warfare. Riders are more maneuverable and have greater flexibility in where they can be deployed. While cavalry isn't great over broken ground, they're a lot better than chariots who require really flat open terrain in order to be deployed. To use a simplistic example, dig a ditch a meter wide and half a meter deep, with steep sides. A horse and rider, so long as they aren't weighed down in full armour plate, and the horse has been reasonably trained, can easily jump it. It would be an impenetrable barrier to a chariot with reasonably-sized wheels. Or if you don't want to dig a ditch, make a small stone wall. A horse and rider could jump it...they might even be able to step over it. Chariots would come to a complete halt (or be smashed into pieces hitting it, depending on how stupid the drivers are).

So why would your four-armed people even bother to try? It would be like, to use an extreme example, mer-people trying to fight on land against humans. Sure, you might think of ways of doing it, but why would they even want to? The humans are always going to have the advantage. Make them come to the water.

You've got four-armed people. Assuming the four arms are equal in capability, say like the Green Martians from the Barsoom series, then you've got a monstrous capability in heavy infantry. Four arms means you can carry twice as many pikes, or pikes plus shields, or pikes plus swords, or pikes plus shields plus swords, or pikes plus bows, or bows plus shields, or so on and so forth. Let the humans runs around with their little horses, and see how effective they are going up against an infantry square where the front rank effectively impervious, with twice the overlapping shield capability of a Roman legion or Greek phalanx, while also carrying as many pikes per unit as a human formation could (one shield per arm, two arms on pikes), the second rank is carrying all pikes, so doubling what a human formation could do, and with greater size presumably heavier/sturdier pikes, backed up by a third line also carrying all pikes. And then you back that up with missile troops. Can they fire two bows at once? If not, well, they they could carry a shield as well to give them protection as they fire (which has traditionally been a weakness for archers).

No cavalry is going to break that line.

The biggest weakness in linear formations in the pre-firearms era has been the enemy appearing on the flanks because the troops are unprotected, but think about it: with four arms this isn't the case. The troops on the flanks can carry an additional shield held on the outside, which gives them protection from that angle, while the next file in can carry a pike pointing forward and a pike held off to the side. If they are charged from the side, the line might be weaker than the front, but it's pretty much as strong as a human front line would be.

Put the cart before the horse. 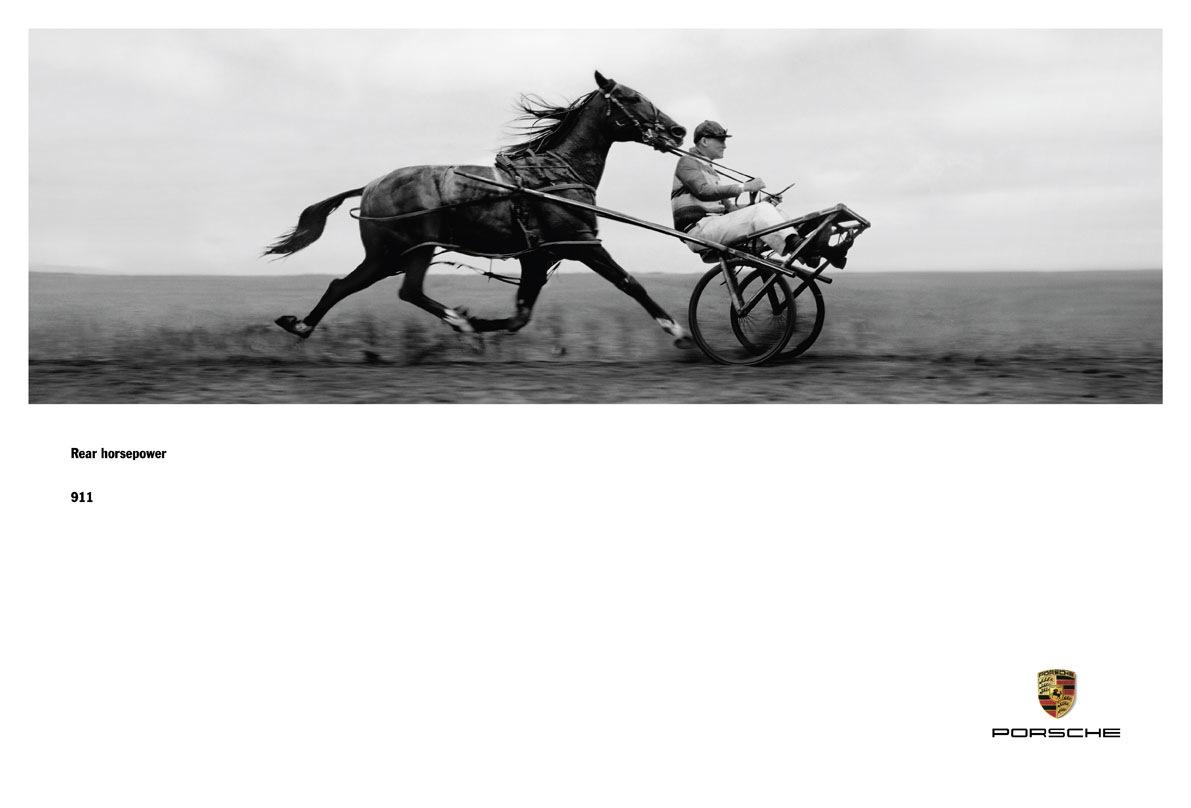 This would work great for your big folks. The chariot in the ad is pretty cool and would scale up to additional horses without much problem. With this setup, the big boss is in front, and so it is less scary for the horse - all it sees is the back of the boss. That is reassuring for a horse because it means the badass up front will hit the trouble first. Up front your big guy can do things that would not be possible in a regular chariot or for mounted cavalry. He can have a lance, sure. Or he can have a claymore sword or an axe and mow down whatever is in front and around him. With conventional chariots or cavalry the horses head is in the way of maneuvers like that. With the front-mounted chariot, the horses don't engage the infantry except to stomp on the fallen, which is what they like to do anyway.

While mounted horses make a better choice for riding straight in to enemy lines, before larger horses, stirrups, proper saddles, etc., chariots were used to charge into enemy lines. It's the whole reason scythed chariots were a thing.

But they were limited in the terrain they could be used on and generally less manoeuvrable and more fragile than mounted cavalry. But on flat ground they can and were used to charge enemy ranks.

Because of their lack of manoeuvrability a common tactic used against chariot charge was just to open ranks, let them pass and attack them from behind as they couldn't turn quickly to face the enemy before they closed ranks again.

Heavy cavalry uses the combined momentum of the horse and rider to smash through enemy lines, breaking up their cohesion (or for less-trained soldiers, scare them into running away). With heavy cavalry, the rider is (hopefully) solidly attached to the horse, so the two move as a single unit, and their combined momentum helps carry them through the lines, where they can turn around for a second pass.

Chariots can't do this. There isn't a rigid coupling between the chariot and the horses -- there can't be, if you want a usable turning radius. What's likely going to happen if you try to charge an infantry line is that the horses will slow down on impact, the chariot won't, and you'll wind up with a pile of wreckage along the front of the battle line. Yes, you'll have done a fair bit of damage, but you've lost your cavalry in the process.

Don't try to do fight in a way that emphasizes your weaknesses. You describe your 4-arms as big, slow, and presumably quite strong. Don't try to imitate human fighting styles. Instead, fight in a way that plays up your strengths. For example, give your charioteers longbows or heavy crossbows, combining the power and range of heavy archers with the mobility of light cavalry. Similarly, your infantry should be pikemen, not spearmen, wielding pointy objects far longer than any knight's lance.

Basic tactics here would be for the infantry to form the center of your line to receive the enemy's cavalry charge while the chariots wait on the outside to prevent flanking attacks. Once the cavalry get stopped by the pikes, the chariots swarm out to turn them into pincushions, then continue on to do the same to the enemy infantry.

maybe make it more heavier or bigger to support more crossbow army and its up to you to give four wheel like sumerian warchariot or not, but not doing so probably make it unwieldy, and use tactic or formation as mobile fence or barricade while spearman support from behind or the gap of the chariot like how chinese deal with cavalry using wagon fort. https://en.wikipedia.org/wiki/Wagon_fort

unless the 4arm cant play defensively and require them to go somewhere quickly.

if you want war chariot to charge into enemy, then i guess maybe enclosed it like tank miniature while positioning the horse behind like @willk idea and maybe incorporate da Vinci scythe or style to protect the rear or horse

(i dont know doing so can work or will it hinder more of their maneuverablity or not, but either way enemy cavalry clearly can counter moving chariot by flanking them because they have better maneuverablity and number) since war chariot have a lot of weakness or vulnerable especially if use for charging, like if the driver or just one of the horse getting killed, or getting the wheel destroyed or jammed, it can easily kill or isolate whatever number of troop you put into your chariot inside enemy army in a single swipe, compare to when they are not moving or move slower or not for charging.

Not the answer you're looking for? Browse other questions tagged technology warfare .

13
How can infantry and light cavalry defeat heavy cavalry in a valley?
1
Influence of very stealthy black helicopters on modern warfare
38
How practical would a zombie horde actually be in medieval setting
38
Realistic, logical way for men with medieval-era weaponry to compete with much larger and physically stronger foes
3
Chariots for rocky terrain
3
How to win a war with unarmed soldiers?