Portals to other worlds and disease

Say character A develops an ability to travel to other worlds where no one from her world has been before but the world contains native organic sentient populations that are similar/the same in biological make up to her.

In terms of disease what would be the impact on the traveller and on the natives?

I'm assuming based on human history it's catastrophic for one or both parties? Would there be any way to prevent or minimise the spread of disease?

Truly alien worlds shouldn't be so bad. The thing that may save character is the fact that crossing species barrier for pathogens can be hard, really hard. Think this way - have you ever freaked out about contracting virus that is wreaking havoc among your plants? Well, if yes, then something like this technically must have happened millions years ago as to virus family of Rhabdoviridae - among this family there are viruses that attack plants but also the virus that causes rabies. But for practical purposes, alien viruses should be incompatible enough and one should be worried more about bacteria and fungi like organism. (by occasion, other bigger parasites in style of tapeworm would be risky, as they would not be good at keeping their new hosts alive)

Another not so bad safe place, would be modern civilisations. The last big epidemic that brought civilised countries to their knees, was Spanish flu, almost exactly a century ago. Right now, in spite of heroic conservationist efforts of anti-vax movement, we're slowly driving most annoying viruses to extinction.

As previous places may be relatively safe (It's risky and lack of hazmat suit is recklessness, but not necessary suicidal), there is one that's bring new levels of risk. Any standard fantasy world, it's simply perfect:

(something in this style already happened in RL, that's how the most of native Americans got killed)

Honestly? After a bunch of kids visited Narnia, the Great Britain should have suffered more plague victims than caused by German air raids.

Of course there will be catastrophic events if you don't wear this: 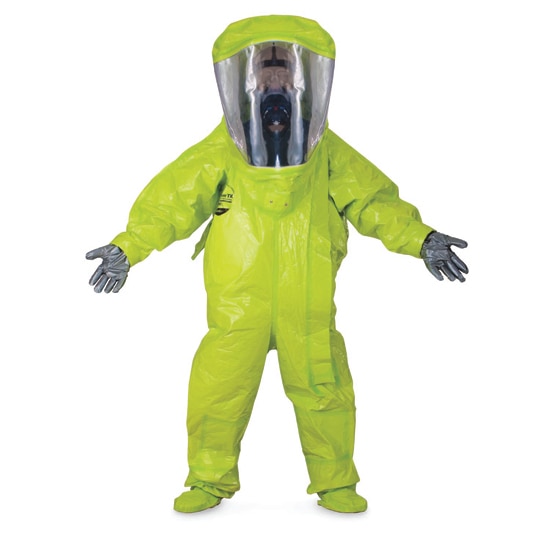 Let's just simplify your question. If you are going as a tourist to some foreign places, like African Savannas, tropical Jungles or somewhere where climat is very different from your home, your tourism agency will insist you to vaccinate yourself against local diseases of places that you are going to visit.

There are still places on our planet where they could affect your health and even kill you, if you don't take that kind of precautions. You could even harm and kill local life with diseases that you carry.

Have you ever watched the movie Alien: Covenant? They literally killed themselves by not wearing hazmat suits in very alien planet just because "It has breathable air".

Underrated problem: anaphylaxis and asthma. You go into another and huff a load of alien spores, viruses, bacteria, small insects, random dust and finely ground poop from a variety of sources and you may find yourself stone dead even though not one predator or pathogen could actually eat your weird proteins let alone survive in your toxin-filled body.

Now, given enough time, earthly bacteria and other microbial things can evolve to feed upon things that they've never encountered before (nylonase, anyone?) and so in due course some of our species will evolve to eat some of their biological materials even if they couldn't do so eventually. The reverse will also be true. This means that even if you don't immediately die of space syphilis, it doesn't mean you won't next month, or next year.

Even if the alien world is similar enough to our own to have DNA, you probably won't have to worry about viruses, because their attack mechanisms are very closely tied to their target species.

Lastly, just because something is new doesn't mean your immune system is defenceless. It is a very versatile thing, and many of the chemical weapons it can deploy are likely to work against foreign invaders with a biology similar enough to be badly affected by oxidising chemicals, ie. phagocytosis followed by a superoxide bath. Your defences obviously aren't impermeable (see also: every human disease ever) but they can still help.

Not the answer you're looking for? Browse other questions tagged diseases travel or ask your own question.

23
Can I create an unstoppable disease?
5
Can a disease be airborne but not be contagious by other means?
7
A cure, a vaccine, and one tricky disease
7
Scientifically Correct Hanahaki Disease?
7
What's the disease?
0
Time travelling virus anno 1900
19
Would a Pre-Columbian America with its own plagues still be vulnerable to Old World diseases?