Having a Castle before they are invented?

Amid a Sword and Sandal era, my protagonist comes from an ancient and powerful family who has lived in a castle for many generations. The problem is that castles shouldn't exist yet, at least not for humans. The protagonist's family is elven and humans and elves seldom interact at this point in history. BUT, this particular family oversees a village of humans that are something like serfs (but they are allowed to leave for certain reasons like trade).

Supposing that the castle is of elvish origin then, and supposing that magic exists, what would prevent humans from learning from and replicating this "new" architectural technology for themselves? Humans shouldn't start implementing this sort of architecture for another few/several hundred years and keep in mind that the castle has already existed for thousands of years without being replicated by humans.

But imagine the elvish castles have cyclopean walls with large blocks. They were done in ancient times, when the elves

(pick one). Human warlords and sorcerors may try to copy elvish castles, but they invariably fall short.

A castle is a lot more than seeing one and copying it. I see cars everyday, but wouldn't be able to make one. I couldn't even make the tools that make a carburetor, and I'm an engineer. Same with castles, there is a whole bunch of technology behind castles ranging from tools, to stone/woodworking, to quarrying and transporting materials, to strategic positioning etc,. they're a culmination of centuries of technological inventions in multiple fields. Just making a hammer from scratch needs several inventions.

If the humans never saw one built, had no access to the tools, and didn't understand how it all fits together,they couldn't make one. 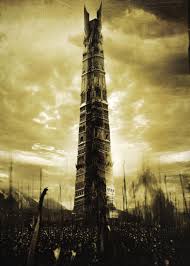 From the Two Towers

There stood a tower of marvelous shape. It was fashioned by the builders of old, who smoothed the Ring of Isengard, and yet it seemed a thing not made by the craft of Men, but riven from the bones of the earth in the ancient torment of the hills...

They came now to the foot of Orthanc. It was black, and the rock gleamed as if it were wet. The many faces of the stone had sharp edges as though they had been newly chiselled. A few scorings, and small flake-like splinters near the base, were all the marks that it bore of the fury of the Ents.

The elf castle is not a glorified hut, or pile of stone. It is altogether different, and so foreign from the things humans make for themselves that the humans view it more like a mountain, or the moon, or perhaps the Wall in Game of Thrones - an awesome artifact made by the Creator or ancient race of giants, but beyond what human skill can reproduce. I like how Tolkien describes it as "riven from the bones of the earth" - not the way humans make buildings.

An interesting thing about Orthanc is that it was viewed exactly that way by every being which occupied Middle Earth at that time. It was alien even to Saruman.

This is how it is for your elves. The castle they live in was not made by them either, but predates the elves also. It could be one of the "cyclopean ruins" one finds in Lovecraft stories - build to last by an ancient race. The other reason the humans don't copy it is that they find it an uncomfortable thing to look at. The elves don't particularly like the looks of their castle either but they are tough minded, unsuperstitious and they do appreciate the practical benefits it affords.

Make it a natural fortress

If you want to have a castle before castles became a thing, turn to mother nature. In a sword-and-sandal world people can build houses, walls, etc., yet if your castle consists of a very-defensible natural feature, then your castle is impossible to copy. 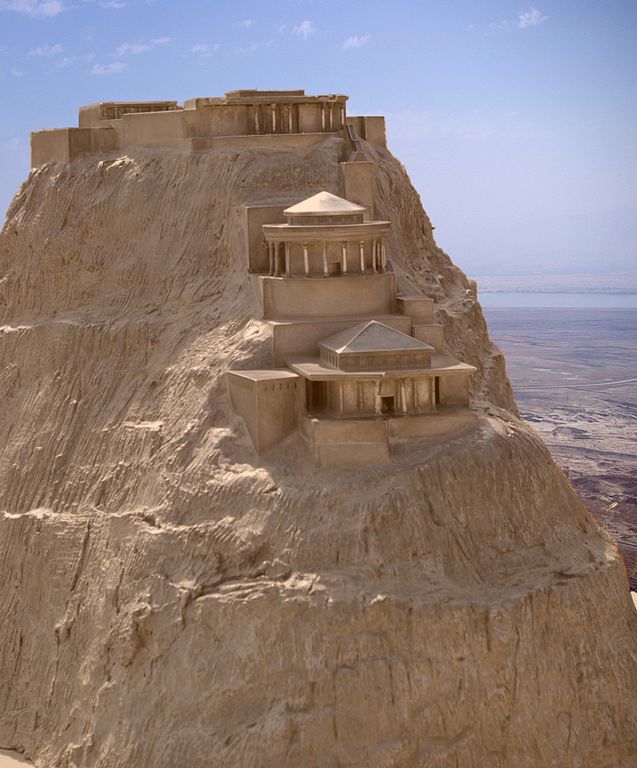 Not the answer you're looking for? Browse other questions tagged technological-development architecture ancient-history or ask your own question.

5
Should castle walls be circular or square?
7
Help on designing a castle to defend a large wall
17
Castle surrounded by lava
12
Present time travelers in bronze age - how much could they boost technological development?
2
Could Rome Have Invented Gothic Architecture?
10
How would castle designs change in a world with magic
3
How could soldiers from the 21st century AD convince a tribe of Amazons from the 13th century BC that they are NOT all-powerful wizards?
2
Could This Sort of Castle Defense Work?
4
In an age of flying sailing ships, would airfoils be invented earlier or later, and what uses might they serve?