How would ocean currents work with a gulf that's closed to the equator on both sides?

I'm running a D&D campaign and am using a modified map of Venus for it that shows what Venus would look like with similar amounts of water to Earth. The problem I'm running into is mapping the ocean currents around the equator at this point of the map where a centrally based gulf has land on either side of the equator. Would it still create an equatorial counter current? The other problem I ran into was how this ring of land would affect ocean currents within it. Would it rotate within itself or would it be more likely to force itself through the small waterways around it?

This is the gulf causing me issues.^

This is the ring.^ 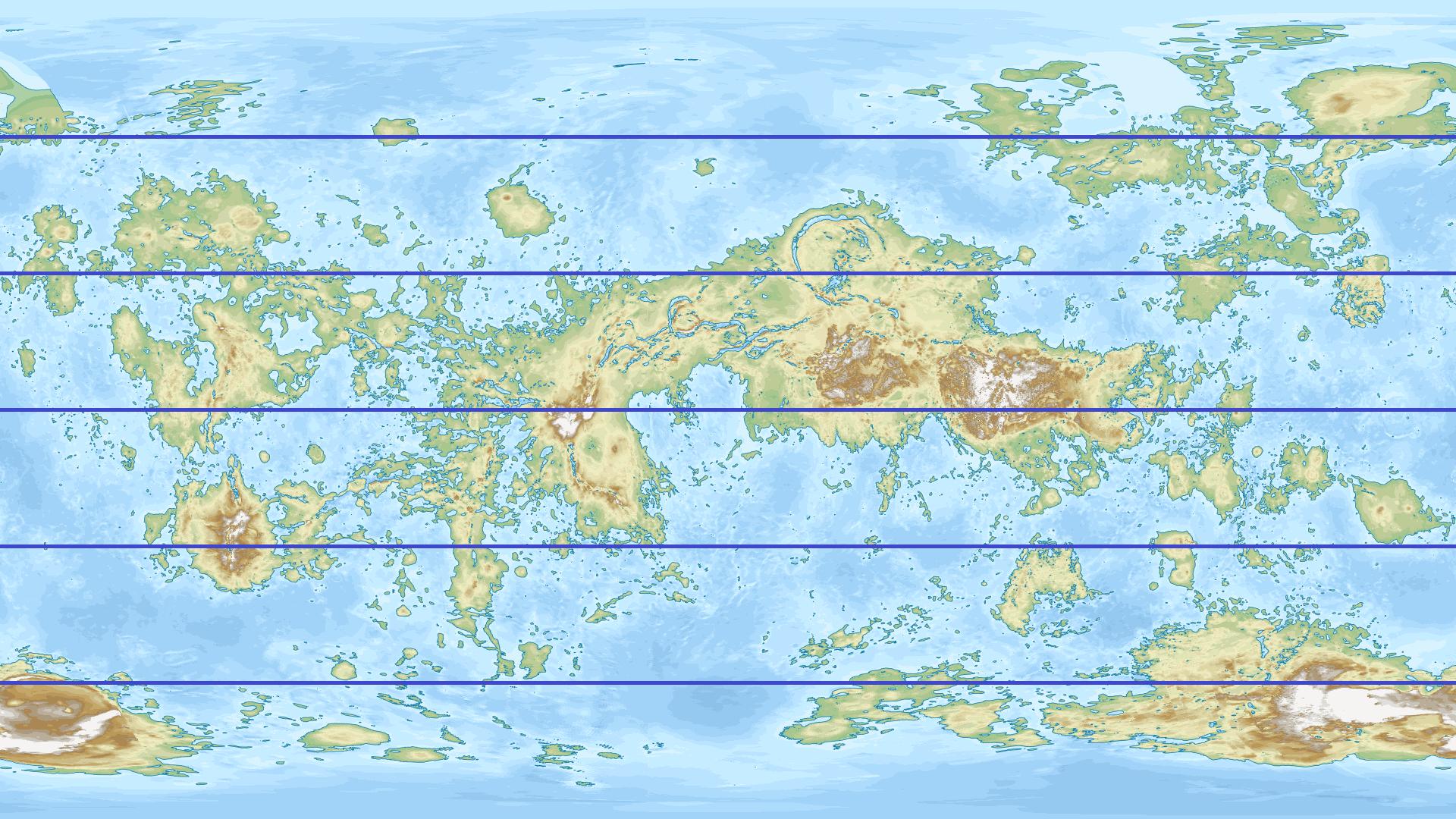 This is the globe as a map to give better context.^

As Venus rotates in the opposite sense of other Solar System planets, the equatorial current would flow from West to East. As you turned down the map, it would flow from rigth to left as on Earth's maps. 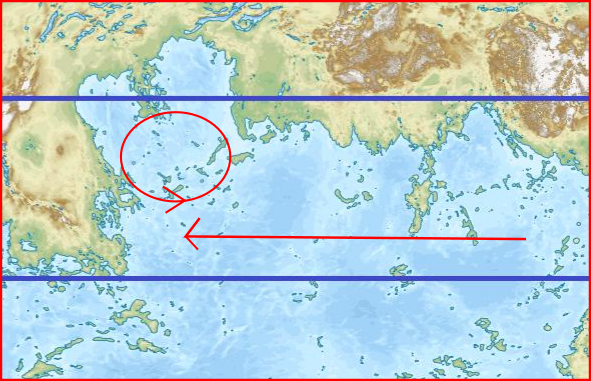 The sea at the left of your map you named ring at the weastern whould be a Thetys type Ocean, named in Oceanography also Mediterranean Seas.

Superficialy Coriolis force would create short basins. At Earth major currents surrounding the landmasses take place in counter-clockwise sense, but this is also related other factors:

At your sea I would expect, as it is placed at Northern Hemisphere, to have a main current flowing as at Southern Hemisphere on Earth, counter-clockwise:

In depth mediterranean currents are dominated by convection from the surface to the seabed: 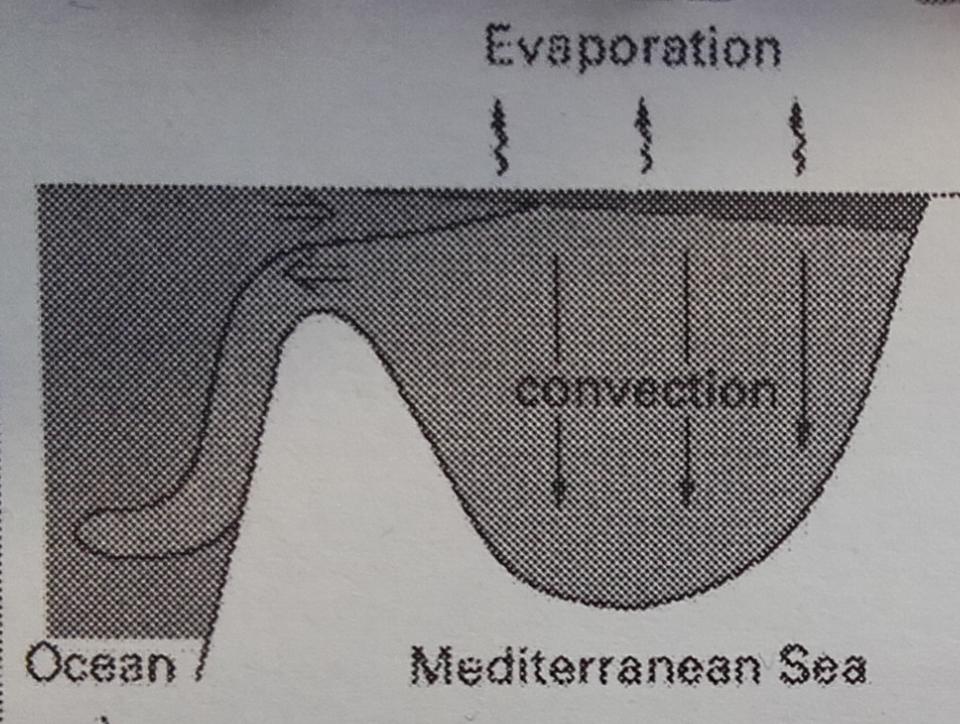 At the Strait of Gibraltar that deep water flows over the vast ocean, interacting with its deep water. That's what would happen at your sea as, if I am not wrongly interpreted your map, it is partially open at the West. Here the sense of rotation would not take effect, as your sea should have more salinity than the ocean and deep circulation is thermohaline.

The replacement of water would create an input current, resulting for the closed sea: 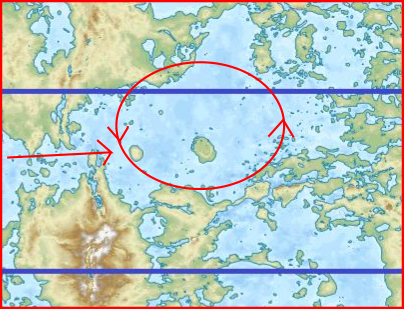