How would react a medieval magic world to the arrival of an Interstellar colony? [closed]

Ask Question
Asked 10 months ago
Active 10 months ago
Viewed 126 times
-2
$\begingroup$
Closed. This question is opinion-based. It is not currently accepting answers.

A space colony comes to a planet who is pretty similar to how fantasy's worlds tend to be represented. The space colony is 44% formed by "humans" only 8% of these still look like classic humans, the others evolved due to the environment of different planets, among other things, this colony is made up of different sub-species of humans that have been separated for a long time by colonizing different planets without developing the technology to communicate efficiently, took light years, and using ships that traveled 94% speed of light, is technically recent that the technologies of warp drive and quantum communication were developed, the other 56% of the ship is divided into 33% of robots that fall under the definition of "individuals" another 14% are animals that were modified to be intelligent, such as chimpanzees or an octopus, and the last 9% are totally alien species that were associated with humanity. The leaders of this colony are a group of "humans" an I.A and an extraterrestrial. The population is about 930,000

They came to this curious planet, they are one of many colonizing / scout ships, but due to bad luck, a solar flare damages their warp propeller and the communication system with the others ships without any repairs, and they send a smaller ship to the planet, entering accidentally in a dramatically way in what should be the medium of a typical battle between the dark stereotypical army and the hero's army, how would they react to this? I mean;

-there is or was any protocol if a third group of non-hostile individuals appears from nowhere in the middle of the battle?

The magical world has, well, magic, is capable of doing things that break the laws of physics and logic but the more powerful a type of spell it requires a kind of "price" at the level of the soul, so they cannot only say "adabracadabra" and achieve everything, not everyone can be a wizard. The dominant race of this world are also human, or at least they look like them, there are beings with magical properties but they are more essential and not variables things, this magical world has literally gods, in fact, that planet was made by them, they are beings of more than 3 dimensions, but not everyone has seen them, the technological level of the cultures in this world do not yet develop the metal molding, literature on the other hand if it exists, a religion predominates with values ​​similar to the Christians but polytheist, even when there are a lot of magical beings, and some gods, like In real life, some cultures invented more, the mayor cultures of the world do not like the science or the scientific method, because can go against some of his mystic and religious beliefs, the don't like even some complex machines when it take away the place to things that by almost obligatory tradition are carried out "magically". Of course, there are individuals, and groups of individuals that go against this thought, especially in the equivalent of this world to classical Greece, but they are minorities and mostly not so well seen, but, outside that, i would say that the world culturally speaking, also outside Christianity taking the world ahead of time, is mostly similar to how the world was in 500-600 BC

I imagine one of the main civilizations have the aesthetics of the Celts (only the aesthetics and customs that do not contradict their religion) In this magical world there are other intelligent creatures such as ogres and elves and things like that, even many of the animals that are magical are very intelligent, some as much as a human. There are also "normal" animals btw

The interaction between the visitors and the locals I imagine something ... chaotic at the beginning, a division of the colony will become violent and will want to take the planet by force, and the mother-ship have highly advanced weapons and is very well armed, while another part oppose to them and helped stop them, taking all this into account:

I would not mind hearing suggestions on how you think they would react realistically, too

I should mention that my intention is that the colony is a lot of light years away from another habitable planet, and the technology to warp the space is damaged, so they must stay in there. And the gods are not going to do anything about anyone, literally. 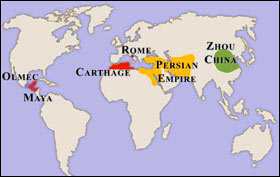 A lot of this is my own suggestions based on opinion and personal experience but hopefully you can take something helpful from it.

Not the answer you're looking for? Browse other questions tagged science-based society magic space-colonization civilization or ask your own question.

6
How would an intelligent planet develop the ability to bend space-time?
9
How might knowledge of evolutionary theory impact a medieval society?
9
How might a colony treat the arrival of a new generation ship?
18
How would the government prepare the country for an acknowledgement of real magic in our world?
9
Which direction would be the best to send a Colony ship off towards?
5
An interstellar colony is stranded. How long will it take for technology to regress?