This question basically boils down to this: What would be the places on a given continent where one would find mountains? I have seen maps from games, movies, board games, books etc. where it would seem mountains could almost be placed anywhere on a given landmass without any rhyme or reason. I also often hear mountains never occur alone without other mountains or hills near them.(as in, within 1km of one another so a mountain could never be surrounded by flat land) Any advice on this would be appreciated.

p.s. I heard volcanoes are an exception and those can occur anywhere (even surrounded by nothing but flat/low land) Is this true or also incorrect?

As usual AlexP hits the nail on the head in the comments section. The real world is full of amazing things.

I would have said there are 2 main ways to get mountains: volcanism and plate tectonics. I still think as regards really big mountains occupying many square km these are the 2 ways. Volcanoes may or may not have friends; mountains at plate boundaries probably will. Plate boundaries increase elevation generally because they are the product of the movement of enormous land masses, bigger than mountains, but volcanoes can be enormous - the shield volcanoes on Mars are the largest known mountains anywhere.

The monadnock / Devils tower mechanism AlexP mentions is a third - erosion resistant substrate is gradually exposed as surrounding land wears away. Monument Valley in the US is another sweet example of this.

Glacial erratics don't rise to mountain sized on this world but you could do that for a fantasy. I like the idea of a glacier sweeping up a Hyperborean city and setting it down on its side, partly buried, many km later.

But if an erratic can be a hill, what about the glacier big enough to carry it? They are made of ice, but glaciers can definitely be the size of mountains. Myrdalsjokull here is 1500 meters tall which is definitely mountain league. 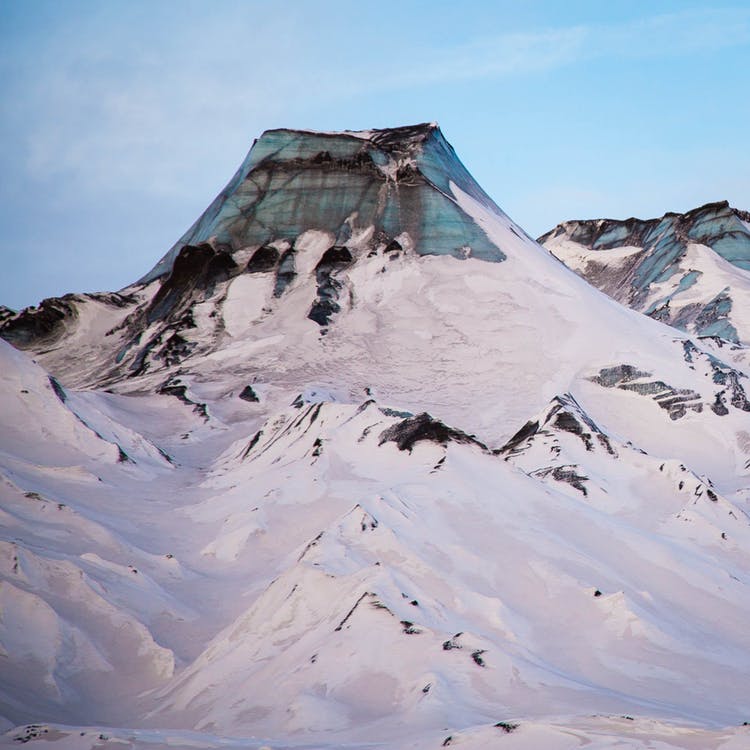 A tell is an artificial mountain, formed over millennia by constant human habitation. Many of these rise out of flat land - Tell Barri here being a good example. It is 30m high - not K2, but still a respectable heap of earth. 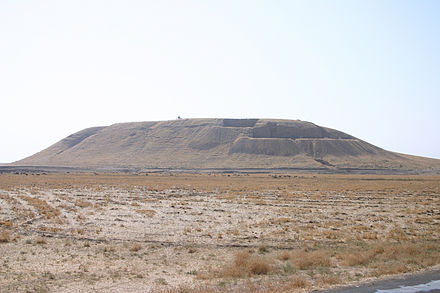 You can have other artificial mountains (or hills). The big tells just happened, I think. but people made burial mounds all over - the Mound Builders put up big ones in prehistoric North America. Someday I hope to see Monte Testacco, a 35 meter hill made of discarded pottery from Roman times. I think a pyramid should also qualify as an artificial mountain. 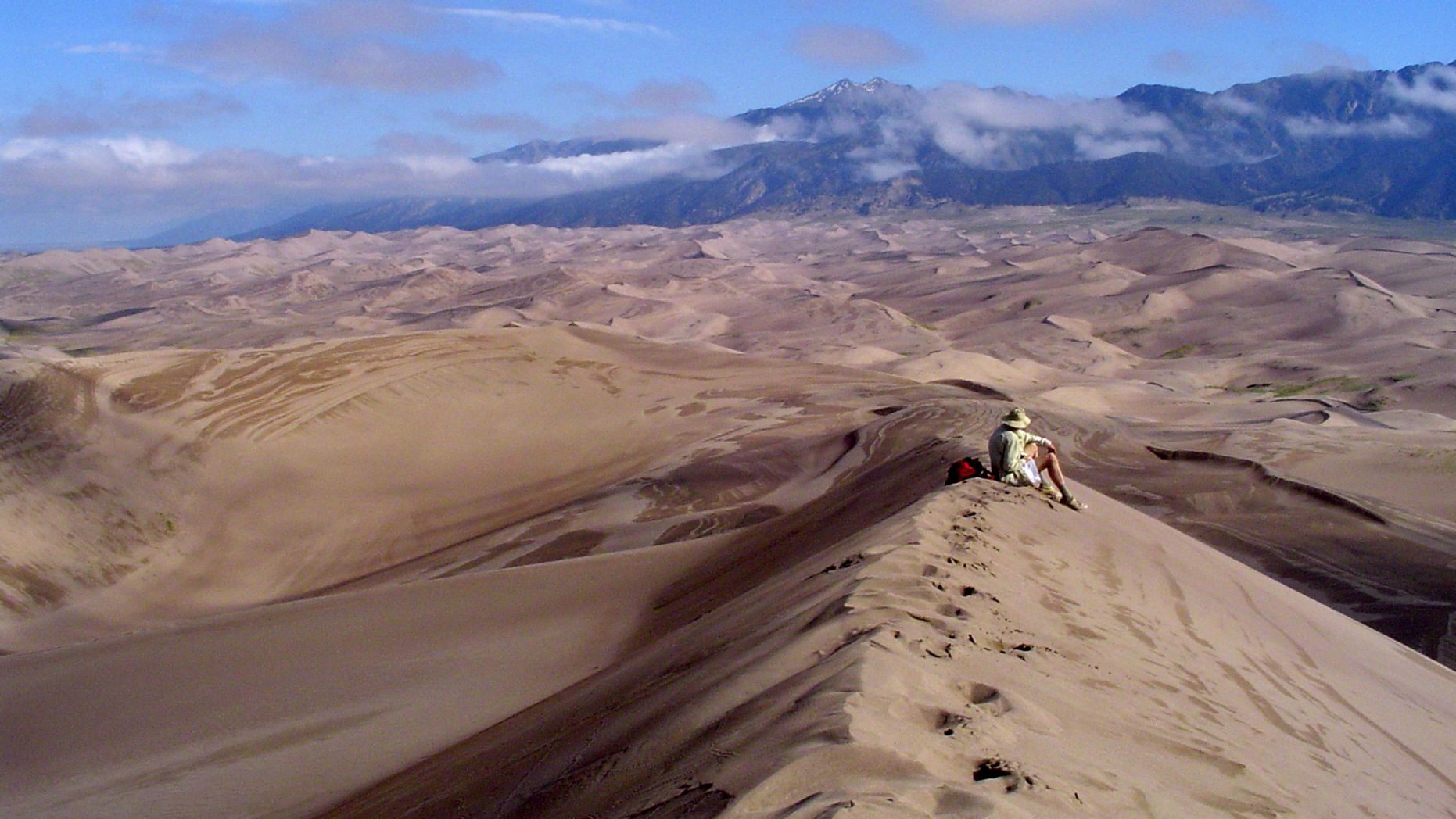 The rim of a giant impact crater can approach mountain size. Meteor Crater has an edge 45 m high, and higher viewed from the interior. For a fiction you could have remnants of whatever made the crater still in the middle. 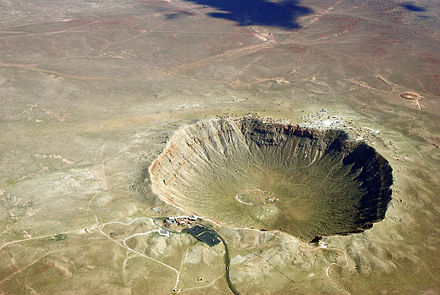 Bottom line: lay out the mountains you need for your fiction. Then if you want to justify their existence, look at the Earth for comparable occurrences. That sort of question would be prime world building stack material - "I want mountains that are like this. How can I justify them with real world mechanisms?" For example: How would a 30-kilometer tall mountain on an Earthlike planet look?

Mountains occur where tectonic plates meet in a convergent boundary. If the plates have similar density, they both crumple and pile up, forming a mountain range. These basically never create just one mountain because the plate boundaries are huge; thousands of miles long in most cases.

If the plates have different density, one plate ends up on top of the other. The dense one sinks into the Mantle, the light one rises on top. Volcanoes tend to form on in the lighter plate. Some volcanoes form in the middle of tectonic plates over areas of the Mantle that happen to be hotter than average. Hawaii is a good example of this.

Not the answer you're looking for? Browse other questions tagged geography geology volcanoes mountains .

7
How would a 30-kilometer tall mountain on an Earthlike planet look?

16
Balancing science and history when building a world
6
Are the mountains and rivers on this map okay?
8
Coastal Mountain Ranges--In Which the Mountains are the Coast
18
Ringstadt: How sensible is my topography?
6
Advice on accuracy of world map
10
How to make drooping mountains?
8
How Would the Mountains Form in This Supercontinent?
2
Is This Realistic Physical Geography for my World?
13
What is a plausible way to maximize the amount of NATIVE silver deposits in a given area?
3
Any advice on what is a realistic way to use plate tectonics to create landmasses and barriers?