What injury would be of little consequence to a biped but terrible for a quadruped?

Let's imagine a group of people who can turn from human to wolf at will. Wolves are quadrupeds, and humans are biped, so I guess their weight is differently shared in their body, notably when they walk.

Assuming that, if one such person receives a wound in one form, it is placed in the equivalent of that place on the body of the other form, is there a place on the body that, if wounded, would prevent practical use of the wolf form while having little to no consequence to the human form?

All dogs (and all living Canidae) have a ligament connecting the spinous process of their first thoracic (or chest) vertebra to the back of the axis bone (second cervical or neck bone), which supports the weight of the head without active muscle exertion, thus saving energy. This ligament is analogous in function (but different in exact structural detail) to the nuchal ligament found in ungulates.

Severing that would probably be pretty unpleasant for the wolf.

If you can be a bit flexible on what you mean by 'wound', you might also consider:

If you have any interest in the reverse case, wolves have only-vestigial collarbones, so having a busted one is probably going to be worse for the bipeds.

Broken fingers. humans can still use their hands with one or two broken fingers, (better with a splint) but a wolf is not running on broken fingers since all their weight sits on them. 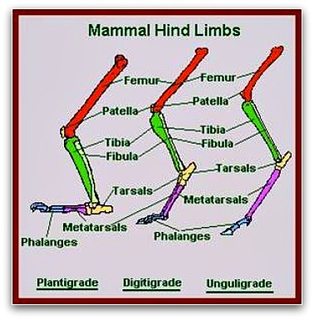 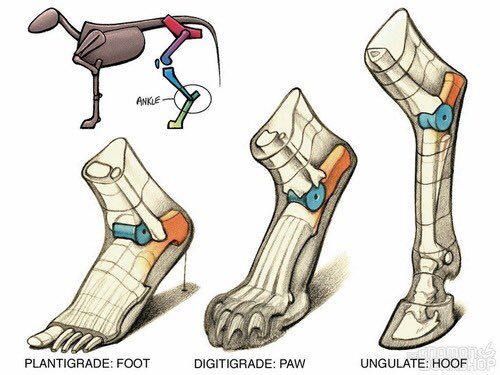 As Nuclear wang mentioned a wolf can limp along an three legs but they are not going anywhere fast if it can even feed itself. two such injuries will turn any wolf into a sitting duck, but will let a human do all their basic necessities and even work if the job is non physical. So you can even dial in how helpless they are by how many limbs are injured in this way.

If I incapacitate both your arms, you can still walk and run. If you turn into a wolf then you are limited to pushing your torso across the floor.

Still has a consequence for a biped but not nearly as severe as that for a wolf.

It depends on the reason. If the human wants to stop the wolf-form from doing harm then they should have all their teeth removed and have false ones made. The false teeth won't fit the wolf. They could also have implants and unscrew them at night.

A werewolf that can only suck wouldn't be too frightening.

But I wanted to add, you don't even need an injury, just heat or endurance or both. A wolf has a relatively low endurance for running or heat. A person has huge tolerance for both. The difference is that a wolf cannot sweat. And it essentially holds it's breath to run fast (True for a lot quadrupeds). Humans have sweat and can breath normally while running. A well conditioned human can outlast a wolf in a marathon.

So if your in a warm place or are required to run a very long distance very quickly, your human form might be better suited.

A papercut on your fingertip or palm

Dogs essentially walk on their fingertips. A biped can easily avoid putting significant pressure on a fingertip or can put a bandage on them, but this isn't so nice to a load-bearing part of your body. It's equivalent to getting a papercut on the soles of your feet. Not fun and opens the door to infections and re-opening the wound as you walk.

The UCL is akin to the ACL, only on the inside of the elbow. While a human with a torn UCL would have a bit of pain, and would have a harder time throwing things, activities like walking, holding a heavy object, or even stabilizing a weapon wouldn't be that bad. For a wolf, however, it would be similar to a torn ACL, meaning pain when walking, running, turning, or even standing still. If it was the human's non-dominate arm, it would have even less effect on them, while the wolf form would still be just as badly off.

While wolves have 18 ear muscles and humans only have 6, if those six muscles are damaged, humans may only barely notice, but wolves will find themselves unable to easily direct their ear toward sounds, limiting hearing.

Worse, if a human's (outer) ear is very damaged, they won't look great, but their hearing won't be too much worse. Wolves, however, use their ears as "sound scoops", directing sounds into their ear canal; without an outer ear, they will lose a lot of directional hearing, and their hearing overall will drop considerably.

While getting a bad burn would suck, as long as it healed decently, a human would only have an unsightly scar to deal with. If the scar is on their back, it may go entirely unnoticed; out of sight, out of mind.

However, hair doesn't grow on burned scar tissue, or at best grows in clumps and patches. Wolves don't (usually) have the option of wearing clothing, and without hair - especially body hair - they will freeze to death in cold weather.

Wolves and humans use very different joints. While a human would probably be fine if they had one or more ribs fused to their spine, it would mean a huge limitation to a wolf. Likewise, a human with a fused ankle would only be slightly slower than usual, while a wolf would hardly be able to move. A human with a fused wrist, especially non-dominate wrist, would function almost entirely normally, while a wolf would again be nearly unable to walk. Fusing a pair of spinal bones may make a human slightly uncomfortable, or unable to turn their head as far, but would severely limit a wolf's range of motion.

For a human, it's pretty annoying to have a clogged nasal passage. You can't smell, you have to breathe through your mouth, and you have an annoying feeling of blockage - not to mention the mucus draining down the back of your throat. For a wolf, however, having a stuffy nose means losing one of their best senses - smell. And, unlike a human, wolves have to work a lot harder to swallow draining mucus; rather than just swallow, they often have to do a sort of "reverse sneeze" to force the mucus down.

Humans have a far more complex digestion system, compared to wolves. We can eat just about anything, and unless we have some sort of sensitivity or allergy, it goes through the system without a fuss. However, after an illness (especially if we had to take an antibacterial medication), out gut bacteria can get screwed up. If we don't fix it, eating certain foods can become very difficult. However, being that we can eat just about anything, the simplest fix is... don't eat that food.

Wolves don't have that option. They are meat-eaters, and their guts are designed to process one thing, and one thing only: meat. If they can't process proteins, that's basically a death sentence. While it's possible for wolves to digest some non-proteins, those foods are usually heavily processed, essentially pre-digesting them. That food would be hard to come by anywhere but a highly civilized area.

Barely any effect on a day-to-day life of a human besides some annoyance since most of what we do with our hands is not load-bearing, especially the non-dominant hand; this may be dependent on your character's line of work and lifestyle, though. It can even be unnoticeable to people around them when in human form.

However, an injured paw on a wolf (based on observation of injured dogs) would keep them from running very fast or with great agility due to pain.

Along the same lines, Missing fingernails

Again not much of an issue for humans, but lack of claws would reduce the amount of grip a wolf has while running and it ability to capture prey.

Not a wound, per se, but Baldness

Some users mentioned that wolves can't deal with heat due to their thick coats, but let's flip it around: complete inability to grow hair.

Little to no effect on a human (baldness in men is fairly common) and we wear clothes to keep warm, but baldness would make it completely impossible for wolves to live in their natural (cold) habitat.

The baldness could be cause by severe burns, if you absolutely need it to be a wound.

Both for the same reason, which is also the reason that transformation to a wolf (apart from the obvious) is rather unplausible, biologically (or transformation to a bat, for that matter). Wolves are sooooooooooo far away from humans, you wouldn't believe. The only thing yet worse would be a cat.

Among the things that genetically prove the distance are the inability to catabolize xanthines (like theobromine or caffeine), and to build e.g. Vitamin A from carotene -- dog-likes are barely able, cat-likes not at all.

Now of course a wererat or a werebunny isn't nearly as cool, I'll admit to that. Except the Rabbit of Caerbannog.

Then there's the story of Androcles (and its approx. one million adaptions, including Aesop and Disney). Step on a thorn as human? No biggie.
Step on a thorn as a lion? Well, if only you had fingers to pull it out.

When dogs run, their spine flexes as their back feet make contact with the ground. The spine extends as they push off with their back feet and stretch their front feet forward, releasing the energy stored in the flexed spine (like a spring) as a burst of forward speed. This is a big contributor to a dog's ability to sprint. It's also completely unlike anything used in bipedal motion.

If a canine has a back injury like a pulled muscle or a slipped disk, running would be extremely painful and would likely worsen the injury. From personal experience, I can attest that a biped would have minimal trouble walking or running with such an injury since the spine remains upright and stationary. A biped can even use a back brace to limit the impact, but a back brace would prevent a canine from going through the motions required for running.

Along the same lines, injured abdominal muscles would seriously limit a canine's ability to flex the spine while running, but would only be a nuisance to a biped.

A nasty (but not huge) splinter in the non-dominant hand, just below the fingers.

For a human, it would hurt but have little effect but try running/trotting on one, or using it to leap up with or claw, when you need to flex that part of both front paws, and impact it on the ground......

Going beyond just baldness, it's a total inability to grow hair anywhere on the body. Not a huge deal beyond aesthetics in a human (maybe lack of eyelashes/eyebrows/nose hair can be an issue), but would be a serious medical condition for a wolf due to the importance of the fur coat in thermoregulation.

It's not an injury per se, but it could be the result of an autoimmune issue or as a side effect of cancer treatment.

Humans hardly suffer from being bald all over. Many people do it on purpose.

Loss of the tail

Wolves use their tail to communicate as well as for balance while running.

Not the answer you're looking for? Browse other questions tagged biology bio-mechanics or ask your own question.