How plausible would buildings made inside of, or made using, giant mushrooms be? 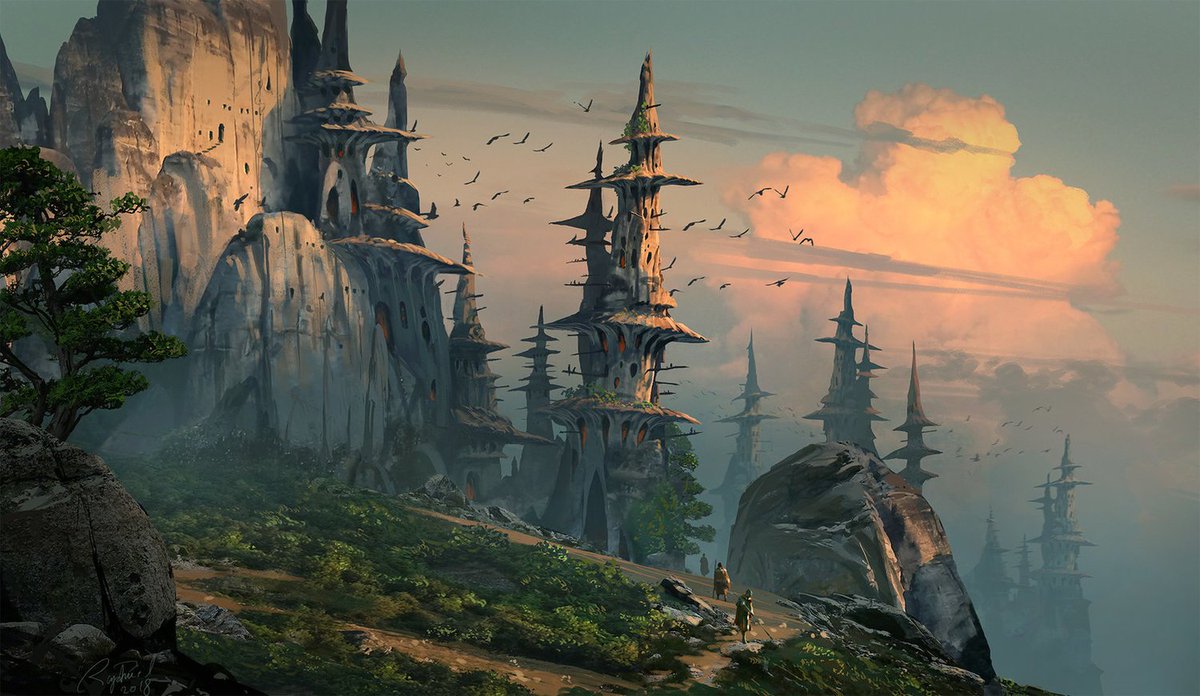 A staple of the fantasy genre, mushrooms have commonly been seen as magical and unusual. Often we see houses and structures made inside of these mushrooms by magical or nature-loving individuals, but how possible would this be?

If we assume that they could grow (either through magical or natural means) could you make a house inside of, or using, the giant mushrooms? To qualify as a house, it needs to be someone’s permanent place of residence and contain at least one room. Assume that the structure is meant to be inhabited by a human.

Edit: As several answers pointed out, mushrooms may be too soft to be suitable as housing. To counter this, i will clarify that when i used the term ‘mushroom’ i meant any fungal or fungal-like organic. Plants that are naturally visually similar to a fugus may also be acceptable answers.

Fossil mushrooms are rarities. Mushrooms are the fungal equivalent of flowers - spongy, ephemeral, disposable bodies generated to serve a reproductive need. You could not use mushrooms for wood.

The prototaxites were not mushrooms. They were large and substantial; up to 7 meters high. 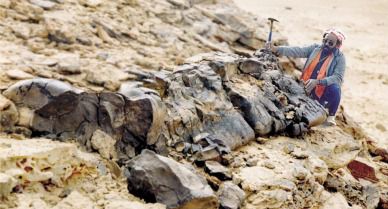 They were not temporary structures like mushrooms, but perennial like trees. I deduce this from the presence of growth rings in the fossil prototaxites. 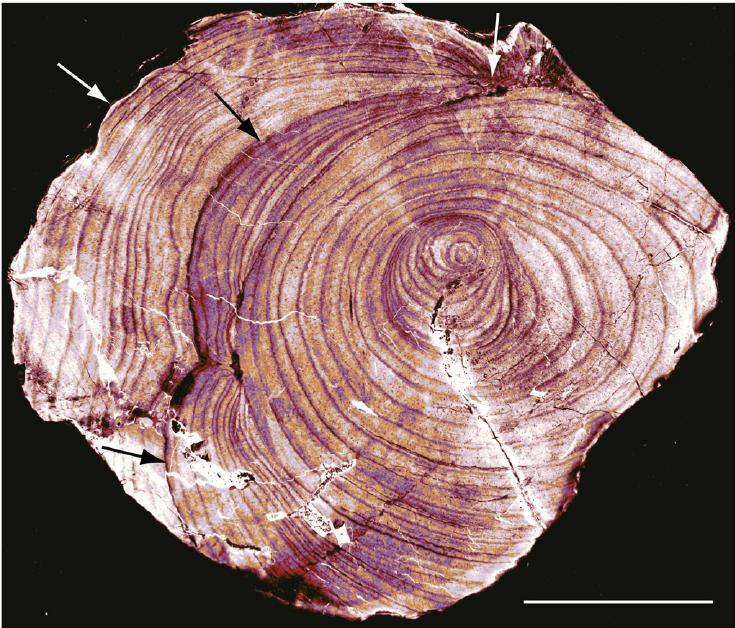 The presence of rings means this structure endured shifts in growing conditions over time. This thing was there for many seasons. On earth, that means it weathered storms and wind: no small feat for an upright thing this size.

There is an analogous modern fungus: the bracket fungus aka "shelf fungus". 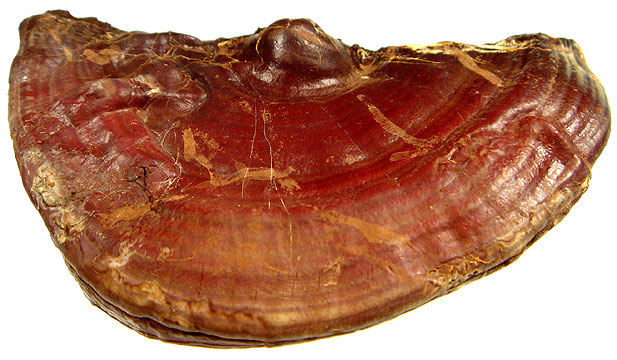 The shelf is also a spore-making body but a permanent one, and it also can persist many seasons, laying down growth rings with the seasons. Bracket fungi are as tough as wood.

Woody shelves may be several years old. They add a new layer of spore tissue every growing season. The old layer is covered by the new one. These layers look like growth rings in a tree. One author reported counting 37 rings. Ten layers may mean the shelf is 10 years-old if there is only one growing season (spring). If there are two growing seasons per year (spring and fall), it may only be 5 years-old.

One of the largest shelves weighs 300 pounds…

Woody shelves are impossible to break with your hands and difficult to cut. This toughness results from the kinds of hyphae (filaments) that are used to construct the shelf. Easily crushed mushrooms are made of thin-walled hyphae. Some of the hyphae in woody shelves are thick-walled and the hyphae are interwoven making them tougher. They resist tearing or splitting because there are no planes to split along in the tissue.

A bracket fungus large enough could be used for wood. The medium to small ones are used to make real shelves and durable beads.

It is reasonable to assume the prototaxites were of a composition similar to modern bracket fungi and so suitable for use as a wood equivalent. A redwood-sized Prototaxite could be hollowed out and used as a dwelling.

Buildings made out of mushrooms already exist, so I would say that the plausibility is very high. The vegetative part of the fungus, called mycelium, can be fashioned into to "bricks" by growing them in brick shaped molds and adding in some corn husks. Using these "bricks" a builder can construct many different types of buildings.

The thing about mushrooms is that they grow on decay; on dead wood, plant matter and organic waste. They require either the fuel of other plants, or the symbiosis with them. In the latter case, there would either have to be millennia of cultivation and harmony between the humans and mushrooms, allowing for enough food to be provided to the mushrooms to allow for them to grow and be relatively stable. Or, trees that are large enough to support mushroom tree-houses.

So to try and answer your question, I think growing house sized mushrooms is out of the question, especially with regards to their decay cycles and relative softness. However, mushroom mattresses growing on trees could be a nice substitute.

It doesn't have to be mushrooms, but it can be one. Prototaxites have just been mentioned. One would go further and propose a giant prototaxite species which survived to this day. Another option is a plant akin the Myrmecodia (ant-plant) which swells its trunk to accommodate the ants which inhabit it.

The giant plant may have a trunk wide enough to harbor large cavities. Some cavities may be merged into larger "rooms" by carving-out some of the wooden material and leave walls strong enough to support the "house". Some of the material is left to make the inner walls and stairs.

If we look at the example of houses built from within trees as a baseline, it's certainly possible in terms of space. Now, of course mushrooms are softer and more compressible than trees are, so we'd have to assume it'd take time to compact before being ready to move in furniture and the floors would need to be thicker to keep from ripping, but given sufficient size requirements are met, that shouldn't be an issue, especially if you only need one room. The biggest problem is the Spores though. If you have a large mushroom, when it distributes its spores, they will go EVERYWHERE. Improper hygiene (even if it's just cleaning with water that happened to get contaminated by the spores) is a sure way to break out in an all-over fungal infection. The areas all around your home would be flush with mushrooms. If the mushrooms are edible, it'd be an excellent food source to look into, but the mushroom spores and reproductive process introduce too great of a risk to truly feel safe and comfortable unless you have some industrial fungicide on-hand. 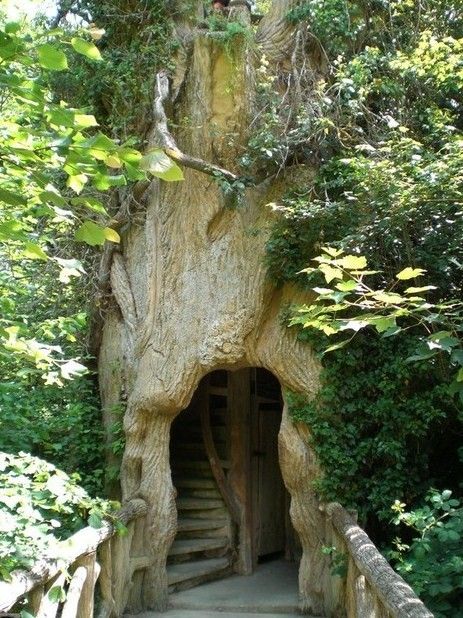 Not the answer you're looking for? Browse other questions tagged reality-check magic environment flora architecture .

10
Plants That Use Chitin in Place of Lignin
8
Can a giant mushroom be used as a material to build watercraft or sailing ships?

4
Buildings out of living tissue?
15
Where do mushroom forests thrive?
10
What animals live in mushroom forests?
53
How could mushroom/fungi forests be possible?
22
What effect would a means of reproduction without pregnancy have on the population?
6
What kinds of buildings would a race of sightless humanoids design?
2
Orphan planet life plausibility
15
How do you avoid running out of space due to magically created objects?
2
plausibility check : this kind of mushroom