How to design an organic heat-shield?

When they started dropping from the skies.. or no, they landed. They were so similar to us, yet so different. Like nothing we would've ever designed or created - but so much like everything

For first-encounter project I am working on, my version of humanity is being encountered by aliens from space. They are intended to be not too human-like - because that would be too interesting. But also not too much like the usual bugs.. more like fleshy engineering things.

Their technology is starkly based on biology and chemistry, rather than metallurgy.

For this scene, and really all situations where I have them use the technology in question, they are entering the earth's atmosphere inside huge wart-like lumps of flesh(?) - their version of droppods/dropships.

Q: How to design an organic heat-shield for (re)entry of an earth-like atmosphere?

I have imagined something along the lines of interchanging layers of callus for structure & something to be burned off, and blubber for thermal insulation. But I am by no means a biologist/chemist, and only a hobby-engineer..

Something along these lines has already been tried. The Fanhui Shi Weixing, a Chinese surveillance satellite (http://www.astronautix.com/f/fsw.html) used an impregnated oak heat shield. This wood, white oak, chars rather than burns which is a desirable quality in a heat shield as it carries heat away. Each layer turns to charcoal and is then carried away:

The FSW satellites used a 5.9-inch thick heat shield made of oak. During reentry, friction caused the wood to burn and char, leaving behind a layer of charcoal. That charcoal was blown away in the wind as the satellite fell, exposing more oak, which burned and turned into charcoal. It’s a repeating process that ultimately allowed very little heat to get through to the spacecraft; both the wood and the charcoal are great insulators. It was a light and elegant solution to the reentry problem. (https://vintagespace.wordpress.com/2016/12/05/can-a-wood-heat-shield-really-work/)

If your aliens simply use biological materials, something akin to this would be a good solution. If the technology itself is alive, then the innermost layer of the heat shield could be constantly growing living tissue as L.Dutch suggested, and in this way it could also be reusable if needed.

Whether the same properties would work on something fleshy rather than woody is hard to say, though for atmospheric entry a hard surface is probably going to be desirable due to the immense stresses involved.

Carbon based fibers are pretty good at resisting heat (I have used a graphite crucible when I had to evaporate TiO2), so they could be used as heat shield.

Unsurprisingly, carbon is also the base of life as we know it. And a process for making carbon fibers is to actually use some carbon based precursors and let them burn to leave the fibers.

Therefore a plausible way to go would be for them to have:

During atmospheric reentry the surface layer would burn due to the intense heat and turn into carbon fibers, producing additional shielding.

With such mechanism you also give a realistic limitation to the number of reentry they can do in a short time, since they need to allow the surface layer to reconstitute.

Consider shells - of oysters & similar shellfish. They're a biological composite, formed mostly of layers of calcium carbonate. The calcium carbonate has a high melting point (825°C), while the microstructure makes it much stronger than the bulk material, and could be designed/evolved to ablate to carry away reentry heat.

You want something that can absorb heat and move it away from the entity undergoing re-entry. Specific heat is the amount of energy required to raise the temperature of a given material by one degree. Given that you are working with biologics, it is lucky that water has one of the highest specific heats. 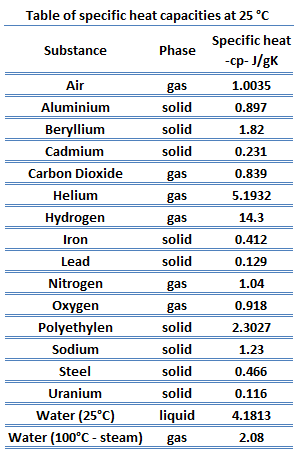 Also handy for this is that water can undergo 2 phase changes in the range of temperatures one might encounter during your scenario, and each of these soaks up a lot of energy.

Your creatures are encased in a thick layer of jelly, much akin to jellyfish jelly. It is mostly water, with enough biomolecules (?long chain polysaccharides? siloxanes?) to serve as a scaffold and hold it in place. This stuff is frozen initially, and then the outer layer melts during re-entry, then vaporizes. The thick layer ablates with the energy of re-entry, absorbing this energy with the innate high specific heat of water and then 2 phase changes, with the final steam blowing off of the creature.

This would work fine, and thick jelly is great for a biological entity.

Bonus 1: Thick jelly would also be good protection from radiation in space.

Bonus 3: Star jelly is a real Fortean mystery. You can tap into the real world Bigfooty weird history of star jelly (aka Pwdre Sel) as part of your backstory.

In 1950, four Philadelphia, Pennsylvania, policemen reported the discovery of "a domed disk of quivering jelly, 6 feet in diameter, one foot thick at the center and an inch or two near the edge". When they tried to pick it up, it dissolved into an "odorless, sticky scum".[16][17][18] This incident inspired the 1958 movie The Blob.[19] 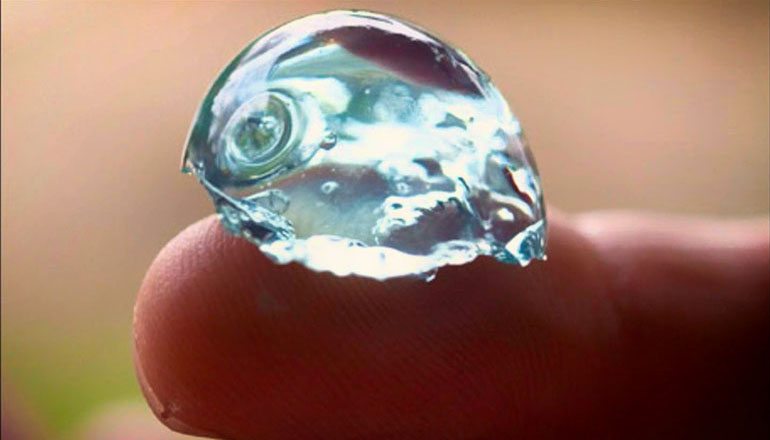 A material like Starlite would be ideal. It's supposedly "mostly" organic. From Wikipedia:

Starlite's composition is a closely guarded secret, but it is said to contain a variety of organic polymers and co-polymers with both organic and inorganic additives, including borates and small quantities of ceramics and other special barrier ingredients—up to 21 in all. Perhaps uniquely for a material claimed to be thermal and blast-proof, it is claimed to be not entirely inorganic but up to 90 percent organic.

Bit of background: SpaceX is redesigning their Starship Super Heavy (aka BFR) to be made from stainless steel, and plan to have it sweat as a heat shield.
The basic concept is that tiny pores on the forward surface will "sweat" out liquid methane fuel, which will absorb the heat and blow away, keeping the stainless steel below the melting point.

Your visitors could store large amounts of compressed liquid methane, harvested from comets or produced by their own bodies, and feed it out through their pores as they aerobrake.

Combined with toughened skin that can handle high temperature, and reverse thrusting to reduce velocity a bit before reentry, and a way to lose speed quickly like a parachute or something, and they should survive.