For my world I would need a really large swamp (or similar kind of wetland). It should be about 200km in diameter, which should be quite possible given a large enough flat terrain and enough rain.

The problem is that this environment needs to be completely isolated from the mainland: my small humanoids (around 70cm high), that have a technological level similar to that of natives of the Amazon basin, shouln't be able to reach the mainland or, if possible, shouldn't even know of it's existence.

Unfortunately, putting the swamp in the middle of the ocean like an island isn't an option, as the kind of plants able to grow in such saline environments are not suited to the environment I want to create.

This would lead to the need for a really large lake, which raises two questions:

To have a swamp, you have to have 3 things:

If you have impassible mountains around a good chunk of the swamp and ocean on the free edge(s), it is unlikely that you will have a lot of traffic to the area.

It seems to me that you are looking for something very like the Amazon Basin you mentioned. You could, essentially, make South America an island but you said that you don't want an island. If you make the mountains taller, you can cut the area off from the rest of the mainland. the trick is to have them tall enough that even the passes are well above the tree line. That way the only way to the swamp is to sail there.

In this scenario, the swamp could well be seen as "past the edge of the world."

Put it on a mountaintop. 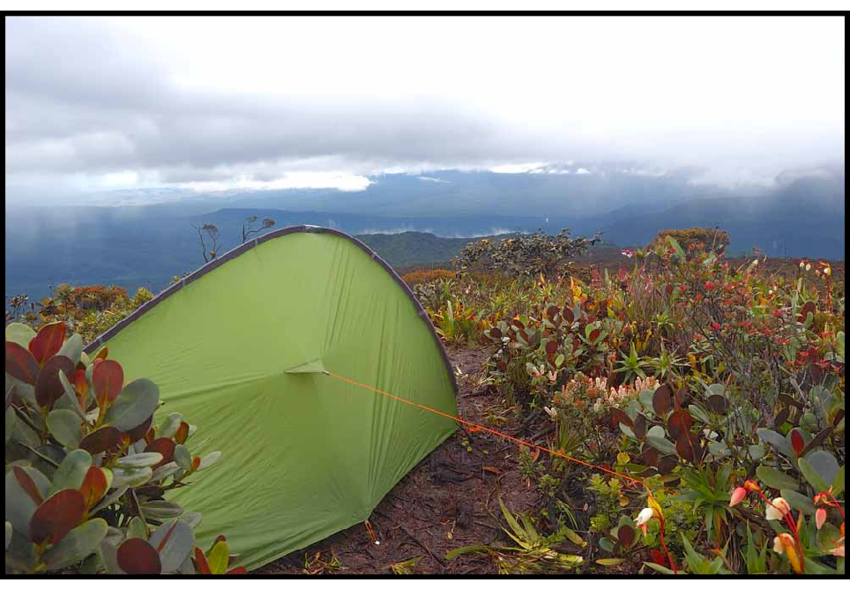 Maringma-tepui has a maximum elevation of around 2,147 m (7,044 ft)1 or 2,134 m (7,001 ft).[3] The summit plateau has an area of roughly 170 hectares (420 acres) and is highly uneven, allowing water to collect in many deep, swamp-like pools.[5] It is predominantly covered in low-growing "tepui meadow" vegetation, quaking peat bog, and some dwarf forests of Bonnetia roraimae, with few areas of exposed rock.1[5]

Here is Maringma-tepui from a distance. 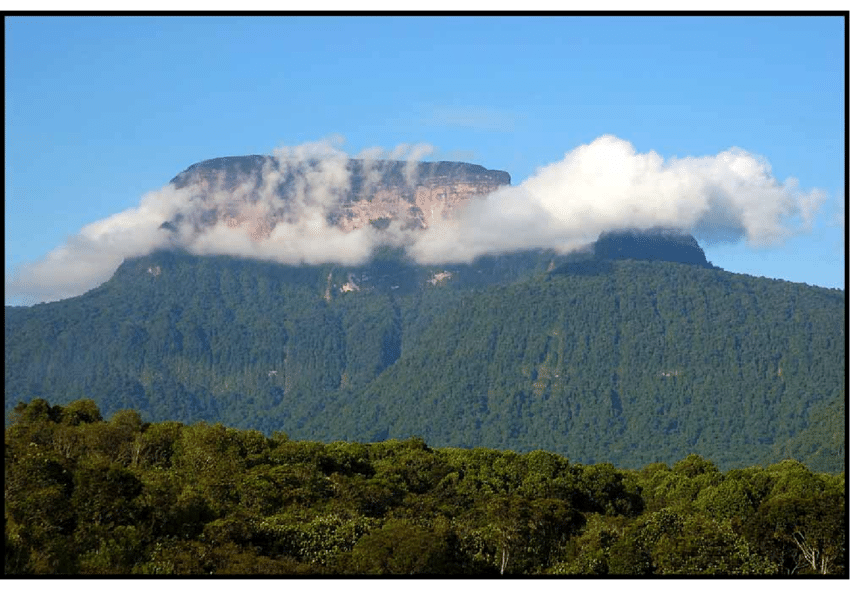 When I was in Kauai, I went up onto a mountaintop and was surprised to find a swamp with boardwalks up there. The coolest thing were all the tiny sundew flower - these mountaintop swamps are nitrogen poor but rich in insects that get blown up there, and so good habitats for carnivorous plants. What you need is a depression up there that can collect water and a substrate that prevents it from draining away.

Tepuis have been used as isolated habitats in lots of fictions - their steep walls limit access and egress and all sorts of weird stuff might be hiding on top. The top of a steep sided tepui would be perfect for your swamp people.

Not the answer you're looking for? Browse other questions tagged reality-check geography water-bodies or ask your own question.

12
Centralised continent, with sea/wind currents?
4
How can I form a large swamp?
46
Are there any real world examples of where a desert and a swamp meet each other?
2
Feasibility and effectiveness of a Gravity Hammer?
3
Basin on a mountaintop plateau - how to keep the water salty?
1
Feasibility of mothballing passenger jets and cannibalizing some of them
9
Feasibility and consequences: the cosmic dance of twins habitable moons
2
Realistic placements of Mountains and the like
6
How could a small civilization move about normally, tactically, and quickly in a large swamp?
5
How can an American town keep itself secret and isolated?