Ocean currents on a world with 1 continent and many archipelagos

I am building a world that has a single giant continent and nine island chains around the equator.

I watched Artifexian's video on ocean currents and made a basic map, but it has no information regarding large islands. Do archipelagos have their own circulation as much as oceans do? I took a look at the currents in Indonesia, but I'm no expert and it didn't help me very much.

I made a very simplified map of my world, where the archipelagos are represented by larger landmasses. Could anyone help me figure out the currents on this world? 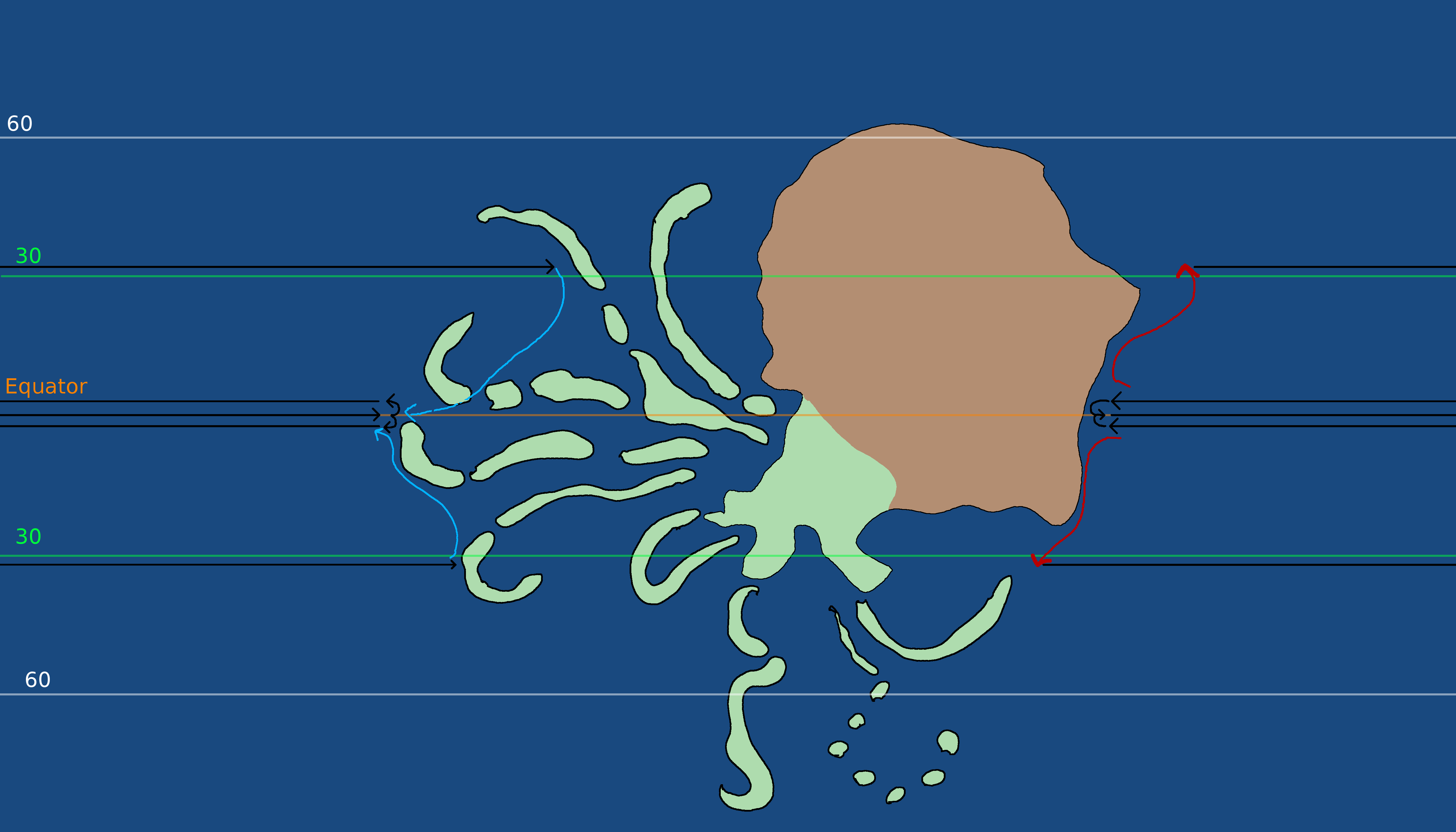 You searched at the correct place: Indonesia zone. The main difference between open oceans and archipelagos is the second ones are shallow oceans. Process there are not well understood by oceanographists, being a mixing zone between Indian and Pacific Oceans with a lot of subcurrents as shown in this graph: 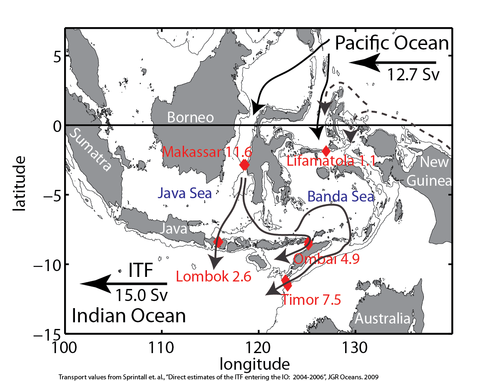 It looks that you only consider superficial currents. This is not the entire current system. For example, at the Southern Hemisphere you have also Circumpolar Deep Water. 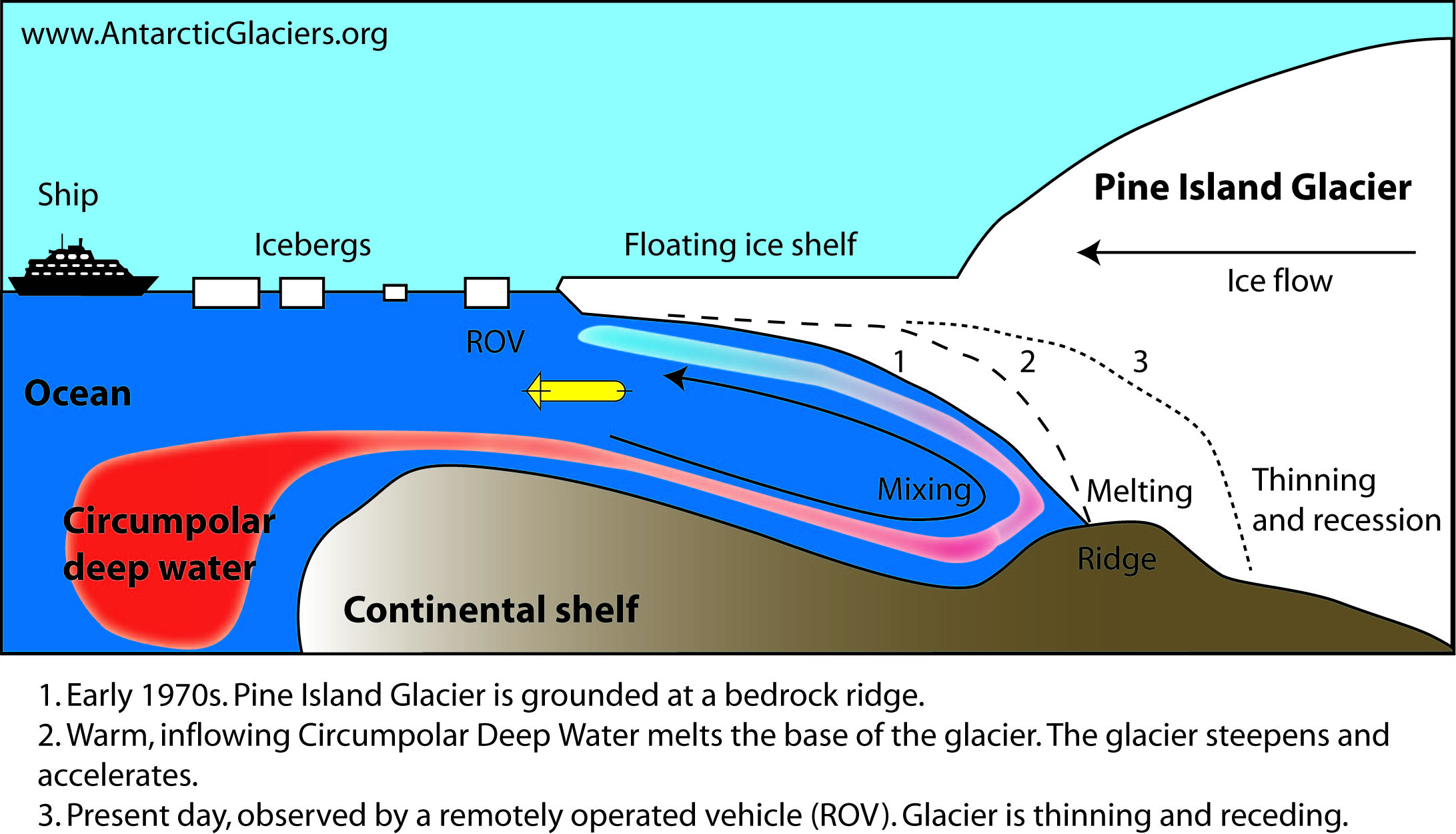 Oceanic currents flux is due to differences on salinity. So surrounding the equator, as rivers contribute with salts, intermedium deep water would be formed, as happens at the Antartic Ocean or at the Mediterranean Sea.

At your world you would have two main systems, northern and souhtern one. Deep water may also be formed at poles as on Earth's Southern Hemisphere. The shallow archipelagos and the continent would be a barrier and a mixing zone.

Superificially, Coriolis Force would develop bigger basins (circles) as there would be no natural barriers for its development.