In this scenario, humanity has managed to colonise some of the solar system, including Mars, some of the moons of Saturn and Jupiter and some of the larger asteroids of the belt. In most places they have been able to terraform the atmosphere so that it is breathable, so while perhaps not as dense as Earth's atmosphere, it is survivable. To save on energy consumption or to save polluting the atmosphere, humans tend to use human-powered vehicles to get about.

There wouldn't be much difference from here.

If the air is breathable, then it is at least as thin as in the highest peaks on Earth. There are people who are crazy enough to ski down from them; the difference in air friction is negligible.

Also, if you are keeping an atmosphere that is breathable, we are talking about at least martian gravity. No moon in our solar system is massive enough for that. Titan does manage to keep an atmosphere, but only because it is very cold. Heat it up, and it will lose its atmosphere in millenia. It will have global, violent winds the whole time.

To keep a breathable atmosphere on a moon like Io, Ganymede or some other large moon you'd have to keep a constant input of gas which would mean constant hurricanes - because the gradients in pressure would be extreme. That would render the moon inhabitable.

If you do manage to terraform, say, Mars, then using a regular bike on it is a no brainer. It will be almost exactly like biking on Earth, but you will be able to go faster since you will only have 37% of your Earthly weight there. Mountain biking would be easier, and due to your lower weight you will be able to fall from greater heights before you get hurt.

The first problem with bicycles would be hitting a bump in the road. This would be likely, if not to send you into orbit, then at least to catapult you high above the ground with the possibility of landing on your head.

Secondly, traction relies on pressure on the ground so wheel skids would be common. It could be comical to see someone pedalling furiously without getting anywhere.

Therefore roads for wheeled vehicles would best be made straight and level. Rough terrain might be possible by skilled and healthy individuals who had grown up with these things.

Instead of wheeled vehicles I suggest making the best use of low gravity by jumping. A pogo stick would be ideal. It would also be great fun. 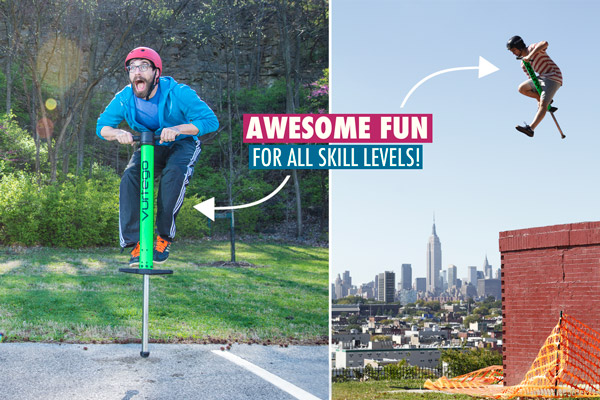 Not the answer you're looking for? Browse other questions tagged science-based science-fiction gravity space-colonization vehicles or ask your own question.

2
Why build a datacenter with an awsome view?
20
How to create the eternal storm?
6
Methods for simulating low gravity on high-g planets
13
Are trojan planets possible? Are habitable trojan planets possible?
5
Horses vs. Bicycles in a soft post-apocalypse
3
Is this rogue planet capture process possible?
8
Most efficient and feasible non-rocket spacelaunch methods moving into the future?