I'm not quite sure if this question fits in with worldbuilding but I have honestly no idea where else I would ask it.

I've recently stumbled upon a 'ship designer' tool that allows you to build and design rather neat looking starships by selecting various parts and placing them, then eventually exporting the model. I've been using this in a multiplayer roleplaying game in Aurora4x to bring some life to my ship designs.

I'm wondering if there are any more tools like this out there? I haven't been able to find any with some google searches. 2D or 3D, doesn't really matter. I'm sorry if this question doesn't fit in this stackexchange.

http://aero.go.usu.edu/mu5/ a program with many premade parts to choose from and assemble them as you wish.

https://freecadweb.org/ a 3D design software that allows you to build from scratch, there are several, far better programs for this but this is the best free one i can find. other than inventor pro which you could look into here: https://www.autodesk.com/education/free-software/inventor-professional

some of these are harder to use than others and some are way simple, in my opinion the last one is the best option so try it first

I'm a 3D Generalist, and I'll give my quick thoughts:

All of 'em would work - for me, I'd choose to do this in Modo - but that's just my personal preference based on workflow and skillset.

Made by me, with Modo:

Kerbal Space Program with the Realism Overhaul and Procedural Everything mods. There are also thousands of free mods for various parts.

Blender is a free, open source 3D application. If you're not looking to model a spaceship from scratch, you could find some models online and arrange them to create your ship.

Not a tool-software, but a game: Space Engineers
It is sadly not open source or free2play, but you can build starships to your liking, and the attached Steam workshop features thousands of different designs.

If you want Apollo-looking or Battlestar Galactica type ships, other answers have those covered.

If you want semi-organic looking things that might have been discovered in a nebula and turned into a spaceship, or grown from crystals in the atmosphere of a gas giant, you could start with fractals. 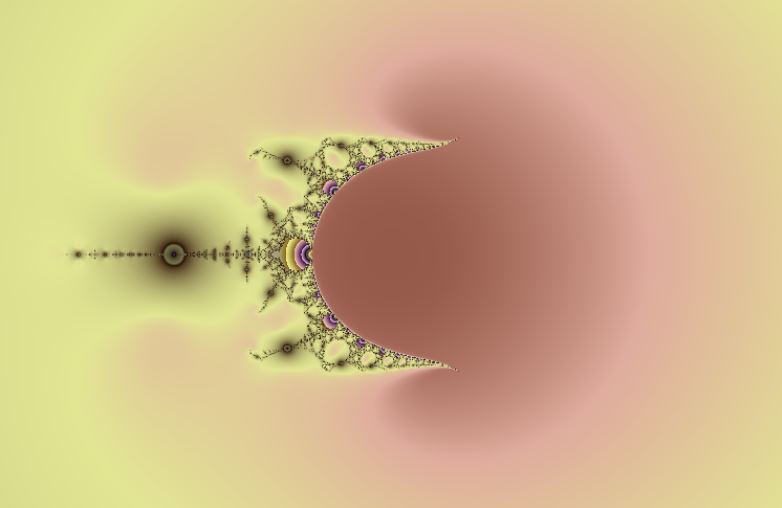 This is the Nova fractal. You can imagine its magnetic meteor shield there on the right. I am hanging out in the bar, back on that tail part.

Lego If you happen to have lego (or similar) pieces lying about, just playing around can give you some nice spaceship-y forms. It's probably easier to build really small (think microfighter) models than ones that fit the minifigs to scale. I find aiming for a certain aesthtic (like star wars) but letting the pieces most close at hand guide you can give nice but unexpected results. Either use the piece directly as a game piece or take a top-view foto and cut the background, giving you a 2D-image.

Pencil & Paper forces you more to think before you draw, or use the eraser a lot, but is a time tested method to develop ideas.

Hot glue and cardboard is also a quick way to build huge models, though it's hard to make them look neat. It's also harder to undo things you don't like and advisable to work from plans, though you certainly can just glue stuff to your model until it looks right - this too could be a way to arrive at something a bit unplanned.

Not the answer you're looking for? Browse other questions tagged spaceships worldbuilding-resources shipbuilding .

1
Spaceship design to avoid spreading of Protomolecule
42
How can a space station prevent docked ships from irradiating each other or the station?
43
Justifying Affordable Bespoke Spaceships
8
Wings for orbital transfer bioships? - The ascent
11
Historical experience as a guide to warship design?
4
Design for an AI built spaceship
20
What kind of ships would an amphibious species build?