Vacuum Cleaners as Weapons against the Spider Folk - improving their range

The spider folk, excluding their legs, are about the size of a golf ball but they are very numerous, they are highly venomous and, they're invading. Various tactics have been tried but the invaders have incredibly fast reflexes, are tough and can reproduce quickly by carrying off and cannibalising the dead bodies of their fellows. It has been discovered that sucking them into huge vacuum cleaners is an effective way of disabling them.

To begin with they didn't perceive vacuum cleaners as a threat until they were in the area of 'suction' and by then it was too late. They aren't very intelligent but they are now getting wise to this.

Can I focus the 'suction' to give a greater range. If not how else can I increase the effective range of the vacuum cleaners at a distance from the nozzle?

Is this even theoretically possible? I believe blowers can be focused but suckers?

I can find discussions of increasing effectiveness at the nozzle but I haven't yet been able to discover anything about increasing (or indeed focusing) it at a distance from the nozzle.

Please do not suggest other weapons. Of course these are being trialled as well but I particularly want to focus on vacuum cleaners.

Yes, there is a way to improve the range of a vacuum cleaner, but the question has to go to the dogs to find it.

Someone actually studied the dog's ability to pick up a scent, with some surprising results. Dogs are amazing at collecting scents, and a group of researchers ran a few experiments to see if they could figure out why.

The answer turned out to be, in part, on the physiology of the dogs' nose, and on their HUFF before the SNUFF. Dogs do not just sniff in, they huff out first. This is not just to clear their lungs, it serves a purpose.

The outward huff is designed to bracket the target air sample, with a higher pressure 'curtain', so when they snuffed, the air was already disturbed and in motion in the correct direction.

So improving the range of your vacuum bug snatcher would require a jet of air expelled from the nozzle in a vortex, that would surround the target, at the same time as a low pressure system was drawing the air back into the tube. Vortexes are amazingly stable for very long distances, and can contain a lot of energy in the swirling air mass. It would be quite difficult for the spider to escape, if caught in the center of one. It would be a matter of timing - first the vortex, then the negative air pressure. I am not sure if a series of air vortices, one after the other, could be produced to make a longer 'air tube' which would draw the prey back. I am not sure which way the torus of air rotates, or if the direction matters.

I don't know if there is a way to focalize the effect of a vacuum cleaner to a long range...
If only the brightest minds of humanity had developed a tool that could immobilize them until our vacuum-welding soldiers (the vacuumfantry) approach them enough to aspire them...

But wait, our scientists have discovered the ultimate weapon against the spider-folk! 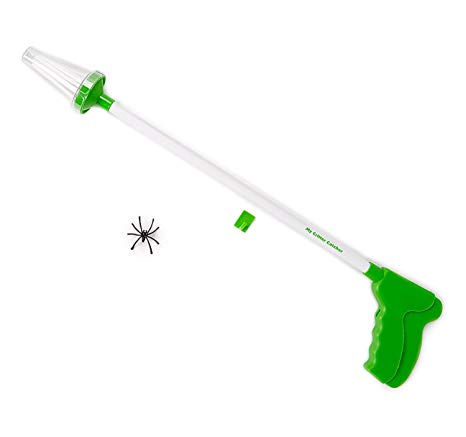 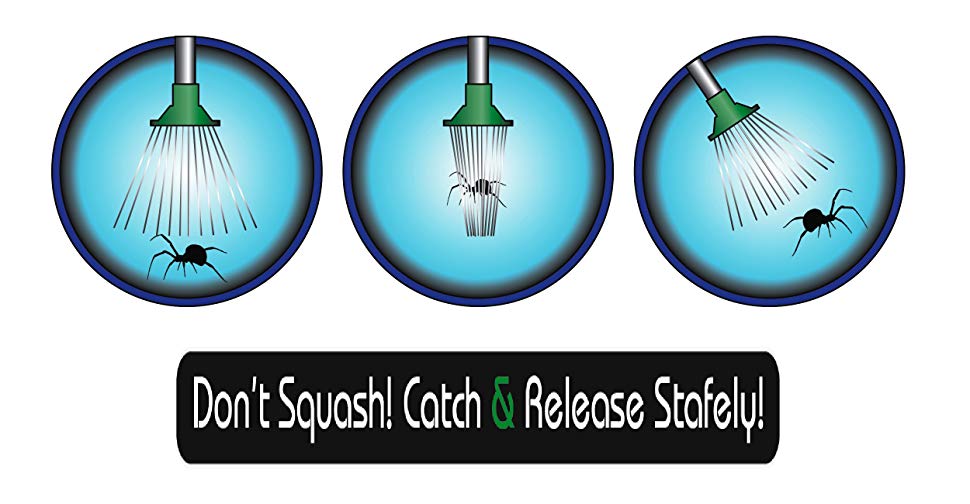 Our valorous soldiers will bravely catch and immobilize the spider-folk from safe distance (thanks to the long handle), then the vacuumfantry will intervene and aspire them to their doom!

Is there a possibility of weaponizing vacuums in a more portable form? Think portable vacuum "guns" with upgradable parts, including batteries and motors. We have Dirt Devils already, just find a way to improve upon that design. You should be able to focus the suction on a smaller hole to increase the power, so you'd have to be accurate. That way you can sneak up to spiders and suck them up without them being suspicious or scared away from the noise, because it will be too late. Depending on how many spiders there are, you can attach a "bowl" to the "barrel" of the vacuum gun to trap the spider until you can turn the machine on to suck it up.

Not the answer you're looking for? Browse other questions tagged science-based reality-check warfare weapons spiders or ask your own question.

7
Single Resource Cities - Economy
46
How to add tactics and maneuvering into space warfare
8
Laser weapons in space - distance and focal lenses
32
Would 'magic' muskets be a significant advantage over actual muskets?
38
The Infinite Sea, how narrow can that be?
6
Giant Sentient Spiders Tribal Warfare
7
What are the Limits of Laser Weapons in Space?
5
Feasibility of (very?) low altitude ground attack aircraft