Is it conceivable to genetically engineer a moray eel large enough to hunt and eat humans in its cave like habitat?

It needs to have:

armored skin that can withstand gunfire

Among the toughest real animal skins I know of is the hide of the sperm whale, which I've read can withstand a shot from an AK-47. No animal is immune to all rounds, of course, but that's pretty impressive.

good all around swimming speed

I don't see why not. If you're worried that the armor will weigh it down, consider that sperm whales - if you're using their skin as a model - have excellent swimming speed. Large size also helps.

This one is trickier. Some moray eels, such as peppered morays (pictured) and chain morays, can crawl over land for short periods of time. 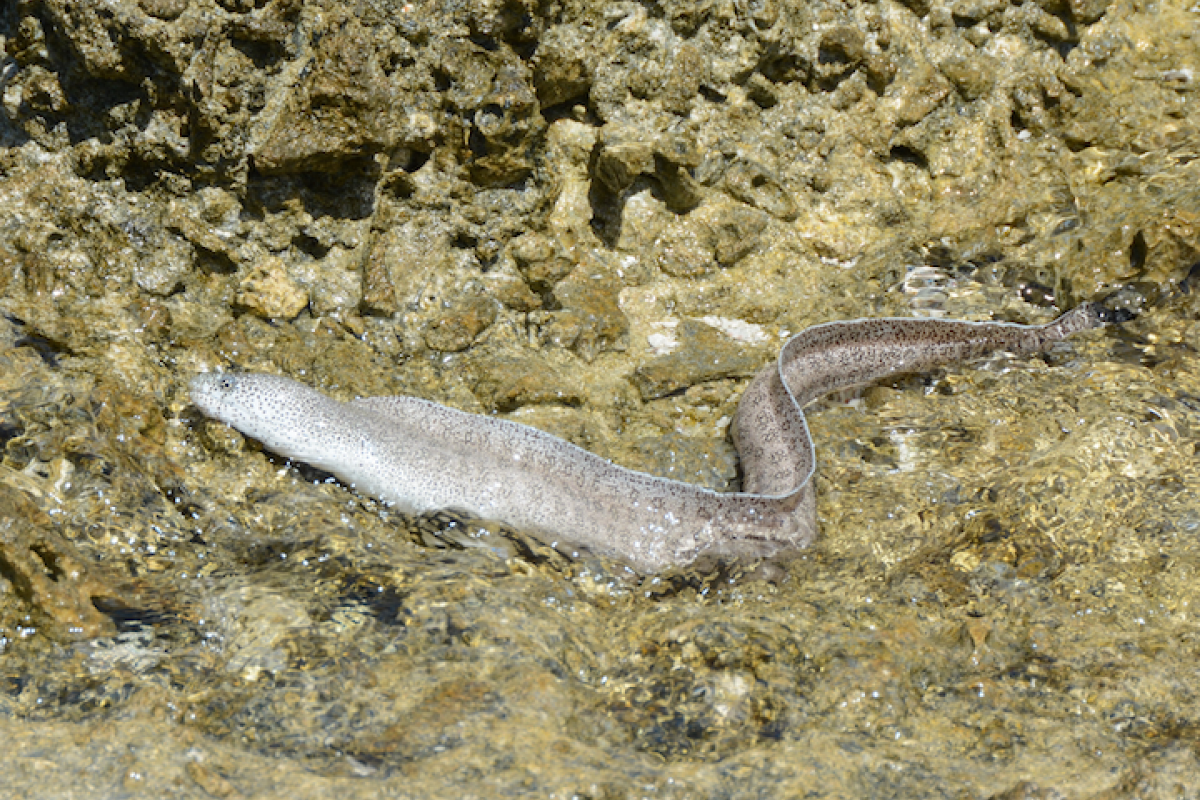 Better yet, there are other kinds of eels, such as the swamp eel, which can breathe air with their highly vascularized mouths. American eels have been known to crawl over wet land for extended periods of time, as have European eels.

As long as the ground is moist, this should suffice. Lacking pectoral fins, the moray would probably undulate like a snake on land rather than pulling itself around like a lungfish.

Morays in general tend to have pretty poor eyesight, but they compensate for that with an acute sense of smell. For fun, you could give the morays a stack of muscles like an electric eel (which isn't really an eel) that generate an electric field. When the humans enter this electric field and distort it, the moray detects the distortion - electrolocation. This tactic would work best in water.

Not the answer you're looking for? Browse other questions tagged science-based biology creature-design genetic-engineering or ask your own question.