Could a medieval fantasy world sustain itself by occupying important trade hubs and taxing trade?

The civilization I'm talking about is marked in pink (cities A and B).

The trade routes are marked in yellow.

Owning the city B (the entire island) means they only need to travel across two relatively small gaps by sea, unlike other civilizations, in case they decided to get rid of the middle-man.

Could this advantage be enough to sustain cities without proper farms? (instead the food would be bought from their neighbors). 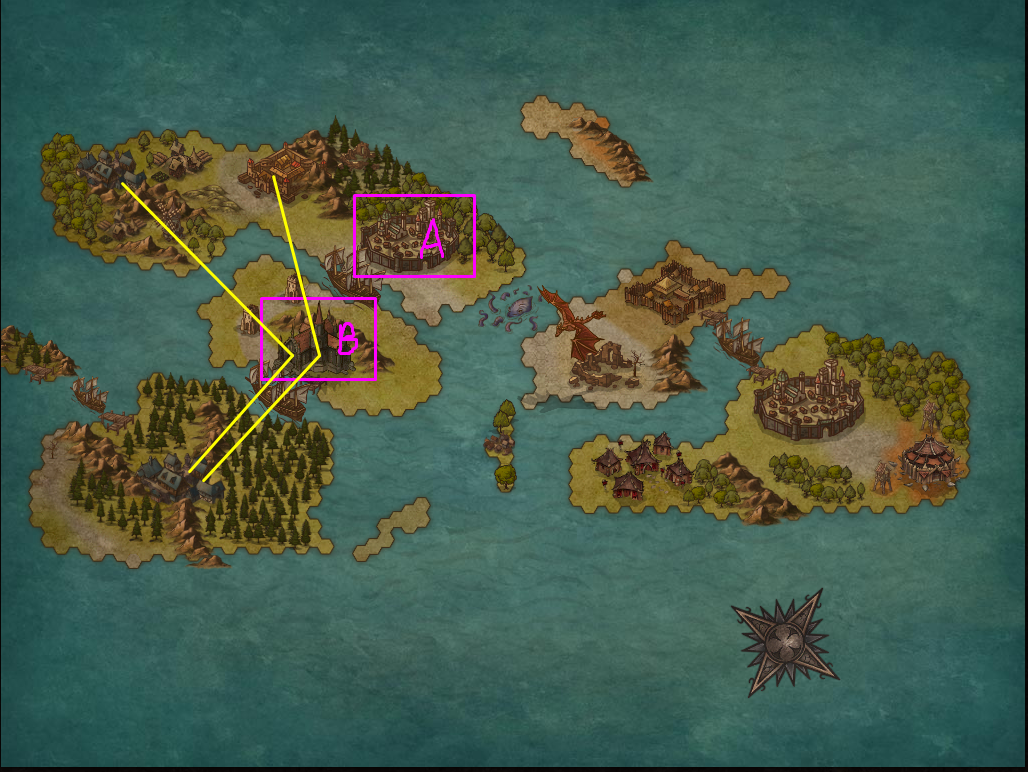 The Sound, known by the natives as the Øresund [ˈøːɐsɔnˀ], is one of three natural waterways connecting the Baltic Sea with the ocean; the other two are the Great Belt and Little Belt. Of the three, the Sound is the most convenient for traffic, so that it was a very busy waterway since times immemorial. In the Late Middle Ages and the Early Modern period, the strait was controlled by Denmark; nowadays, the western shore belongs to Denmark and the eastern shore to Sweden. 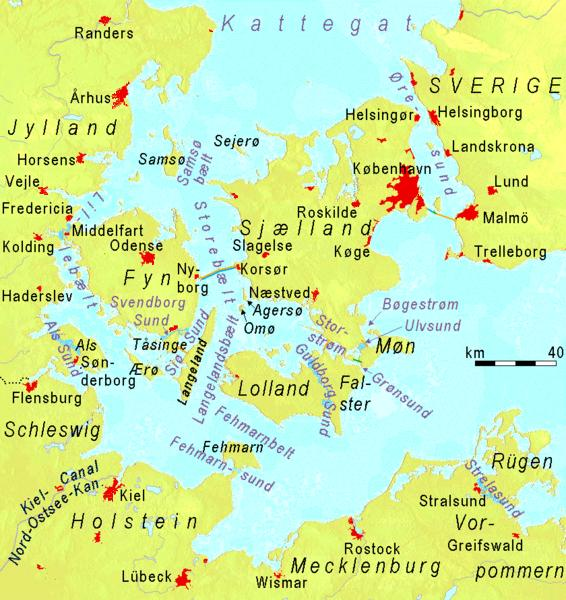 The Baltic straits. West to east, the Little Belt, the Great Belt, and the Sound. Map by Ulamm, available on Wikimedia under the CC BY-SA 3.0 Unported license.

Political control of Øresund has been an important issue in Danish and Swedish history. Denmark maintained military control with the coastal fortress of Kronborg at Elsinore on the west side and Kärnan at Helsingborg on the east, until the eastern shore was ceded to Sweden in 1658, based on the Treaty of Roskilde. Both fortresses are located where the strait is 4 kilometres wide.

In 1429, King Eric of Pomerania introduced the Sound Dues which remained in effect for more than four centuries, until 1857. Transitory dues on the use of waterways, roads, bridges and crossings were then an accepted way of taxing which could constitute a great part of a state's income. The Strait Dues remained the most important source of income for the Danish Crown for several centuries, thus making Danish kings relatively independent of Denmark's Privy Council and aristocracy. (Wikipedia, s.v. Øresund)

The Sound Dues (or Sound Toll; Danish: Øresundstolden) was a toll on the use of the Øresund which constituted up to two thirds of Denmark's state income in the 16th and 17th centuries.

All foreign ships passing through the strait, whether en route to or from Denmark or not, had to stop in Helsingør and pay a toll to the Danish Crown. If a ship refused to stop, cannons in both Helsingør and Helsingborg could open fire and sink it. In 1567, the toll was changed into a 1–2% tax on the cargo value, providing three times more revenue. To keep the captains from understating the value of the cargo on which the tax was computed, the elegant solution was chosen to reserve the right to purchase the cargo at the value stated. (Wikipedia, s.v. Sound Dues)

City states at a 'change of transport' point or cross roads may be able to do this. Whole nations? I doubt it.

I can't come up with a pre-industrial city that was unable to raise essential food in the local neighbourhood.

Rome, after the established an empire, transported grain in by the boatload. But that was just Rome the city. That wasn't true of the countryside around Rome.

Might check out the history of Damascus and possibly other cities on the Silk Road.

In times of prosperity and while they're at peace with their neighbours such a solution might work, if there was enough traffic to tax and enough food was available. But if their neighbours harvests were poor then buying in food would become impossible long before the neighbours were starving. Furthermore any political dispute that led to even a short cessation in trade would be disastrous for any nation without independent means.

Not the answer you're looking for? Browse other questions tagged medieval cities trade taxes .

18
What would be the best unit system in a medieval heroic fantasy world?
5
How might a game have made its way from China or India to the Mediterranean in the ancient world?
5
In a world where money and currency were never invented, and never will, how is international trade different from our world?
9
(How) Could a medieval fantasy world survive a magic-induced "nuclear winter"?
30
What city and town structures are important in a low fantasy medieval world?
11
How could a medieval fortress manage large groups of migrants and travelers?
7
What is the maximum population density in a settled land where farming and homesteading is impossible?
3
How to found a new independent city-state in a medieval setting?
6
Could a city live in a money-free system in a medieval fantasy setting?
5
Reasons to settle outside cities on deserts