What Else Could Create Jeffrey Linn's Coastlines BESIDES The Influence of Ice? [closed]

Unfortunately, I could not find any background information about Jeffrey Linn, but he is better known for his sea level maps. Specifically, what a particular city would look like if sea levels rose to a particular degree: 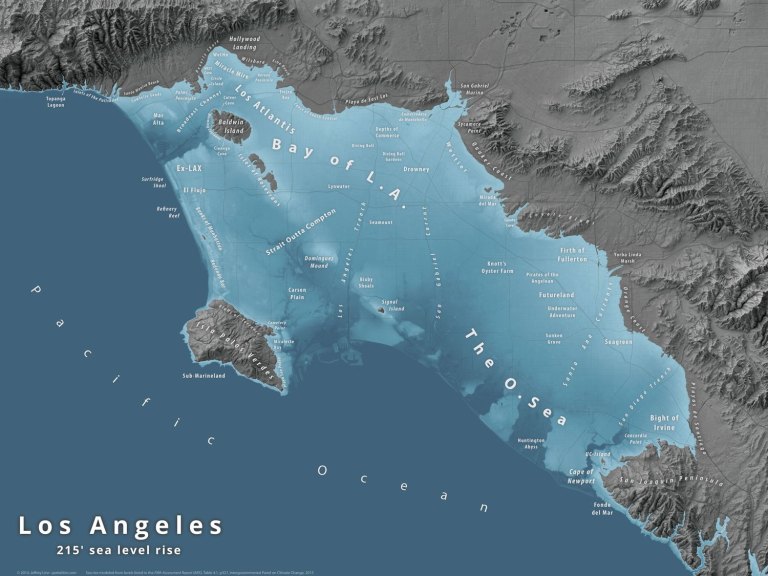 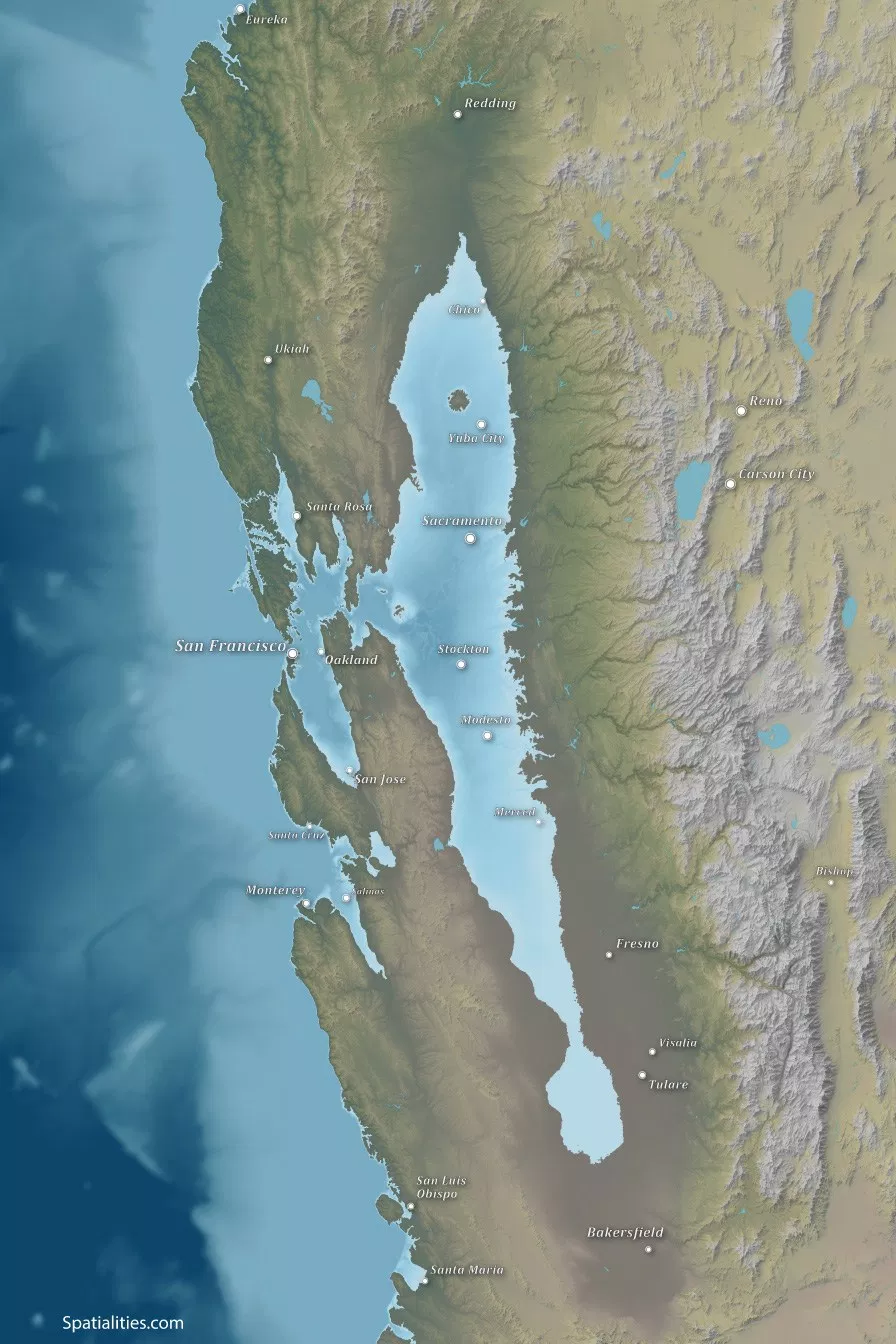 The Salish and Willamette seas with the Olympic Island (Images, apparently, were just too big.)

The same as above, only closer.

The whole of Cascadia 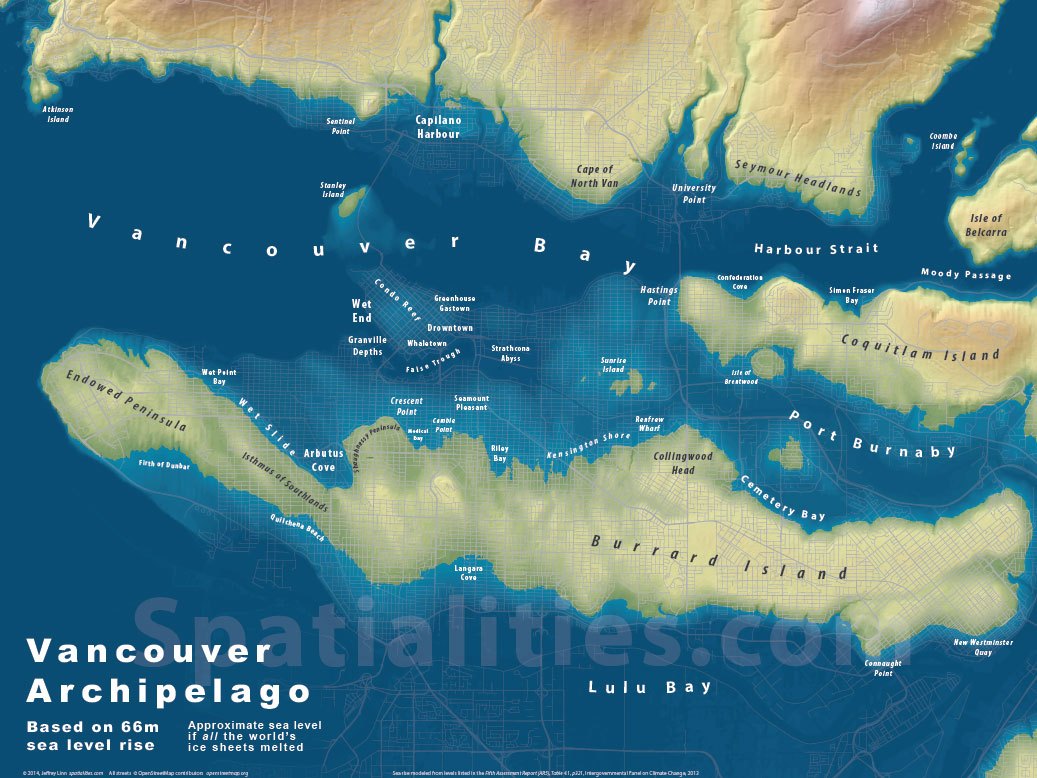 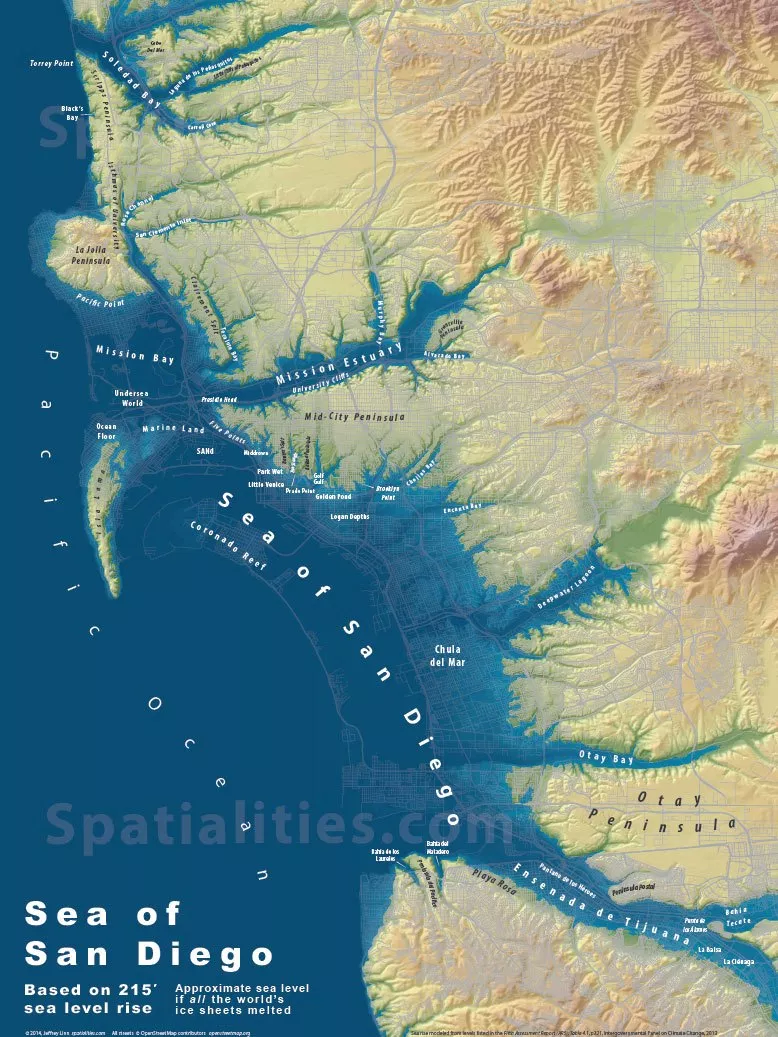 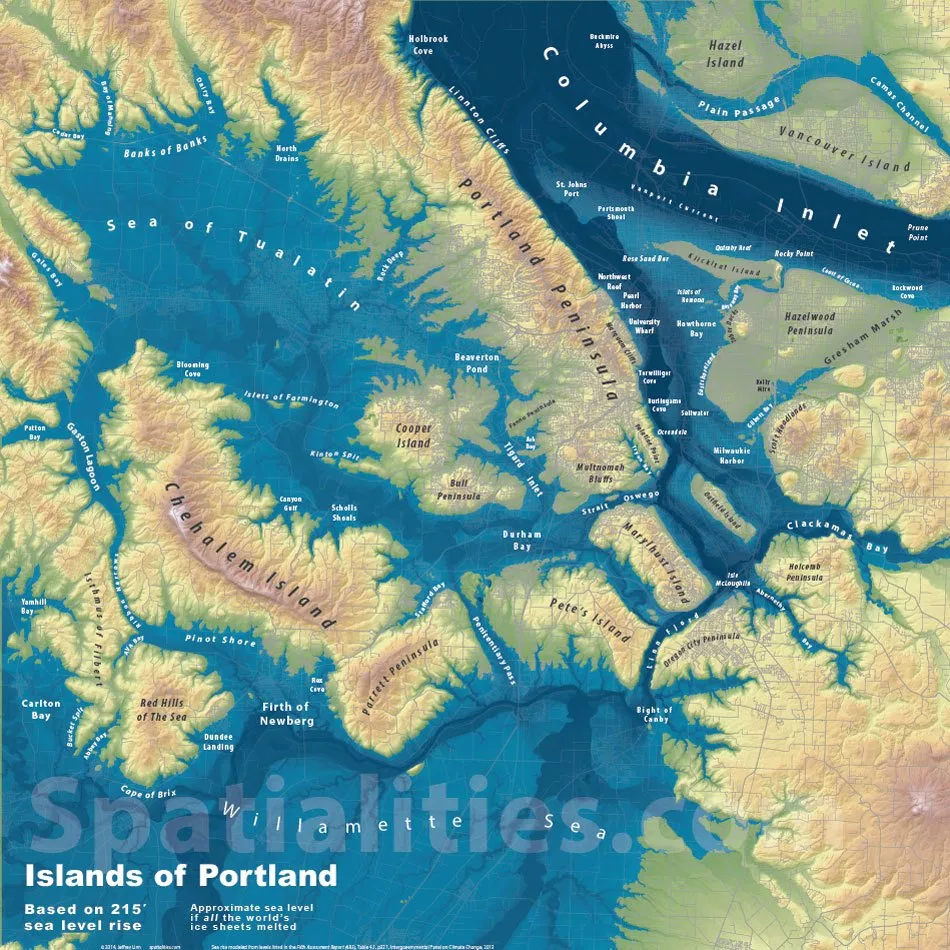 The entire Seattle Archipelago in one link. 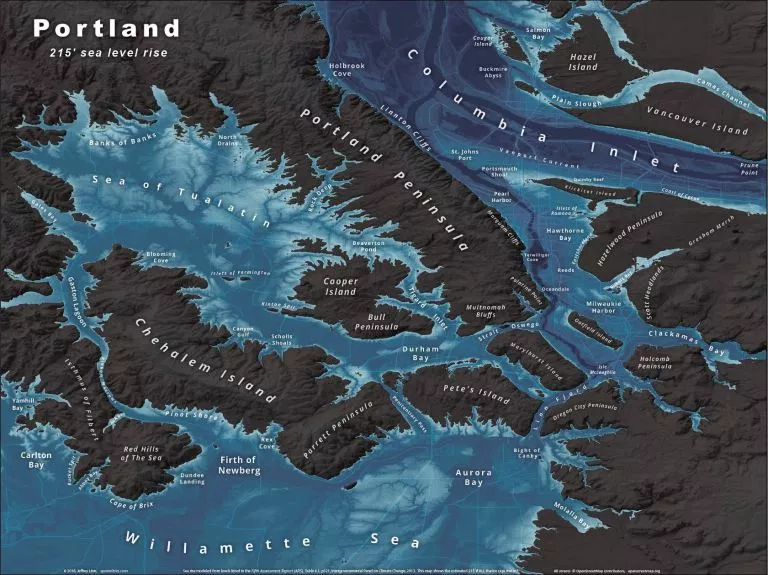 Now I chose the entire West Coast for a specific reason. The detail was done in the context of the melting of all the world's ice caps, which makes sense because less ice means higher sea levels and more ice means lower sea levels (ice age cream, anyone?)

In this alternate Earth, the entire West Coast is shaped just like the Linn projections, but they are not caused by the rhythmic retreating or advancing of polar ice caps. What else could create such a coastline?

Reality already thought of the answer, and congratulations, the west coast of North America is an example of it: tectonic sea level change.

So, North America is moving west relative to Africa. About two thirds of the west coast are active subduction zones. These are along Mexico, Cascadia, and Alaska. As other plates subduct under N. America, the plate is deformed and pushed up, just like the Andes in South America.

So why doesn't North America have an Andes mountain chain?

For reasons that weren't covered in my geology class, the west coast of North America can only be pushed up so high before something flat out cataclysmic happens - all of the land that was pushed back springs forward in a massive earthquake. If you, as a casual observer, measured where the sea level was before and after the quake, you would think that it had risen relative to the topography of the coast.

On your alternative Earth, a quake of truly mythic proportions began near San Diego. As the stored energy was released, the land under San Diego relaxed and both shot forward and lower than its previous elevation. This displacement caused a massive tsunami that rushes over the city, seemingly drowning it permanently. Another tsunami races across the Pacific, causing havoc thousands of miles away.

But it isn't over. The energy released also travels along the San Andreas fault, causing tectonic sea level change all the way to Northern California. There, the San Andreas intersects the Cascadia Fault. Offshore, the North American plate begins to spring forward over the Juan de Fuca plate. While the cities and people of California had no warning, those living in Portland and Seattle have about a half hour to evacuate before the tsunami hits.

It was never enough time.

When I get into the tub, the water level rises. You can produce a similar effect by introducing additional mass into the tub of your oceans, displacing water and causing a rise in sea level.

Where would this mass come from? Undersea volcanism can add landmass from some pressurized subterranean reservoir of magma. Perhaps a transient acceleration of heating caused by radionuclide decay increases geothermal heat? Maybe the Hawaiian hotspot gets superhot and Hawaii becomes a continent the size of Australia? Perhaps some cataclysm causes the Andes to slide into the Pacific.

In any case: the water rises and you get the desired effect without ice melting.

you have two choices sea level can rise or the land mass can sink. it is far easier to raise the sea level just warm the water, but that is not compatible with icecaps. alternatively lower the land mass.

the western half of the north american plate is raised in height thanks to running over the old pacific spreading center. Upwelling magma has literally displaced it upward. It is already faulting back to to its original level, this is why north america is one of only two continents with earthquakes spread throughout it. Your continent could just be further along the process, its an alternative earth nothing says all the geologic events in the past need to match exactly.

there are other methods but they all drastically change the global climate.

Not the answer you're looking for? Browse other questions tagged reality-check geography geology alternate-earth geophysics or ask your own question.

5
Halfday planetary scan: what do you get?
6
What could you mine from a city squashed by an ice sheet - in a new ice age?
0
How Can the Coastlines Look Similar In Spite of the Cooler Temperature
4
How could a very strong impact on a planet create deformations on the opposite side?
6
How big would the ice ball have to be to deliver all the water at once?
3
What Else Could Reduce Global Sea Levels?
2
What geologic processes would create an unstable cliff on which a city is built?
2
Could an Ice Age Extinction Wipe Out All Marsupials?