How would someone scientifically emulate Spider-Man powers without altering the human genes?

No genetic engineering (except on spiders for their silk)

Technology level is near-future. You can get creative but within the limitations of theory. ( Nano-technology is allowed.)

Biotechnology is allowed as long as it does not imply genetically altering the subject.

The differences between the subject and Spider-man

You don't need to emulate the Spider-Sense (precognitive feeling of danger). You only need to emulate his core abilities: Climbing buildings and web slinging (or other similar material)

Sorry if this is too Broad

You only need to emulate his core abilities: Climbing buildings and web slinging (or other similar material)

The poor subject will probably break his spine when trying this.

I have asked a similar question before. It had to do with the 3D maneuvering gear from Attack on Titan, which is a device which allows for slinging a la spiderman.

Can we build a 3D maneuver gear from Attack on Titan?

The answer I like best is lengthy, but the important part for this question here boils down to:

The best we can do with current and near future technology is emulating not spidey, but his enemy Paste Pot Pete:

Pete also has designed boots that allow him to walk up walls by sequentially releasing a powerful glue and then a solvent.

In reality you would need a big bag of glue and solvent to go farther than a few steps, and you would walk veeeeery slowly. You would also leave quite the trail.

It's not that hard once you get past some technological hurdles. So first lets make a list of what our subject needs to be able to do:

You need some sort of web caster. I feel that technology wise some form of wrist mounted launcher isn't that big an issue. There plenty of DIY solutions out there for wrist mounted slingshots, flame throwers and crossbows. Firing isn't the issue. The issue will be controls, supply and the munition itself. 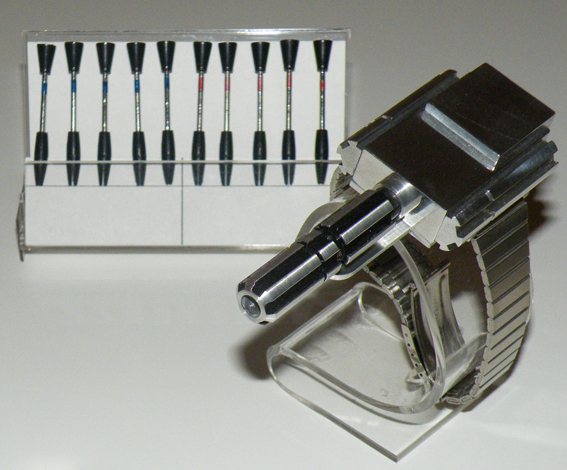 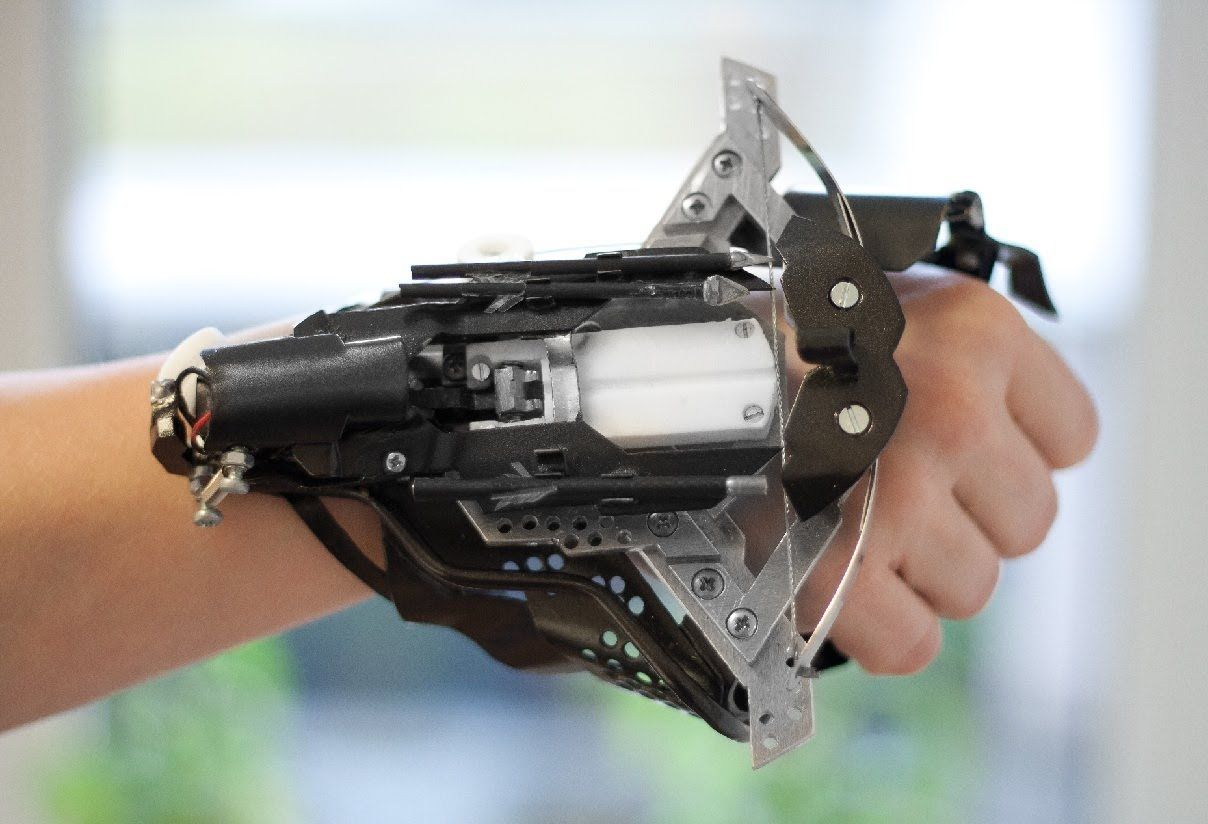 The first big deviation I propose is moving the supply out of the wrist. This is impossible with anything remotely related to current miniaturization. You can probably place this comfortably on the lower back and using a tubed feeding system to supply the wrists but this might come at the cost of some mobility.

But we're gonna have the accept our spider man is a whole lock bulkier anyway so might as well start with that right now. I imagine we load the webs from the tube into a launch chamber, then cut it off from the supply. Then we probably use either something tension/spring based or use air pressure to shoot the projectile.

Control will be probably a combination of implants and muscle movement. Not unlike state of the art prosthetics.

Now this isn't much harder, you shoot a similar projectile but instead hold on to it from the launcher. The projectile will unravel but remain attached to your arm.

Such a system will require extensive support of the whole arm and a harness as to not dislocated anything on said arm. Again our spider man is a lot bulkier. The range would also be quite limited but it should function.

Perhaps making a second launcher on the other wise of the lower arm exclusively for slinging would be a better choice. That way our launch system doesn't have to be able to switch between regular shots and slings.

This is hard, if not flat out impossible. Danger isn't something we can quantify and measure, Thus how can we relay this information in a scientific way?

What could be done is several implants directly tied to the nerves system. The body hacking scene has been doing this for decades. Most of it's pretty benign, a thermometer into your fingers so you can measure temperatures. Losing tactile sensitivity for example of temperature is a common side effect of unprofessional body hacking.

But much wilder things are possible, the ability to measure magnetic fields, specific frequencies or whatever else you can measure with sensors. We're quite capable of learning to differentiate different electrical impulses directly into our nerves system.

It will require extensive training but it's not impossible. It won't be a spider sense perse but it will look 'magical' to an outsider. Being able to sense where the power grid runs in the ground, feeling if a camera system is powered on etc.

Now I glossed over webbings for a very simple reason. It's impossible with near future tech to make anything like that.

Not the answer you're looking for? Browse other questions tagged science-based technology near-future or ask your own question.

6
Can we build a 3D maneuver gear from Attack on Titan?

11
What would a culture based around light look like?
18
On what technology would futuristic non-lethal guns be based?
2
How would magic controlled insects go about repairing a magical scarf?
7
What would it take to make catapults a alternate way to travel?
4
What could be a plausible scientific explanation for a man with radioactive skin that acts like a nuclear reactor?
1
is there a scientific way to extract memory from a person brain into video?