What are the best weapons and armour for fighting underground? [closed]

Assuming a human society possessing technology on par with the High Medieval Age, circa 1100 AD.

The humans have adapted to living underground after ~3000 yrs. Their skin has less melanin, making them pale. They have significantly better night vision, acute hearing and a very sensitive sense of touch.

They have bristly hairs on their arms and legs that function as whiskers do for dogs and cats, helping them to sense their surroundings when they are in the dark.

Most of them are quite flexible and also compact, with most adult males averaging around 5'4" and adult females around 4'11".

The tunnels and caves range from cracks a rat could barely fit through to wide winding tunnels around 8-12ft wide and 6-8ft tall. "Verdant caverns" (home to the most wildlife and largest population centers) closely resemble the Hang Sơn Đoòng cave in Vietnam in regards to size and biodiversity. The caverns are home to the main cities and populations of these peoples; one can expect to find such caves at least once every 45 miles.

What medieval weapons and armour would be best suited for fighting other humans in the tunnels connecting "verdant caverns?"

This heavily relies on quite a few variables, how is your access to minerals? Do they have each access to copper and tin for bronze? Is iron easily accessible or unlike our own history is iron quite rare? Are all those metals rare in sufficient quantities and we rely more on bone and stone? The limited amount could be used to force weapons for an elite well funded force but the average soldier won't, etc.

Your smallest tunnels will be prime choking points, fortifications like gates will be build at them. Unlike the real world going around them is near impossible. Just put several layers of thick doors down there and you're good. There won't be space to bring in a battering ram, the walls are solid rock. That gate will hold against anything but a large army backed by a powerful nation.

See there is one way around those gated choke points, pickaxes and general mining. Digging mines has been done since the stone age. Your cave people will be able to dig tunnels. Now the speed of that depends on the above mentioned availability of metals. But even without those mining will be done and tunnels will be dug.

If a sufficiently large and organized society arises I'm pretty sure they're dig their own highways. And their armies will dig their own entrances into enemy territory. This will also be almost impossible to track. You'll need an extensive network of listeners at your borders, maybe water alarms as well. You need to know where the enemy might breach your caves.

My point here is, fighting in the small tunnels won't be done by organized armies. They'd build their own tunnels large enough to comfortably fit their warriors. Depending on the accessibility of metal those men will likely evolve a hoplite like system of heavy spearmen. They can hold a tunnel for great lengths of time. And unlike on the surface world can't be flanked. This will be the core of any advanced nation, heavy spearmen for defense and offense. 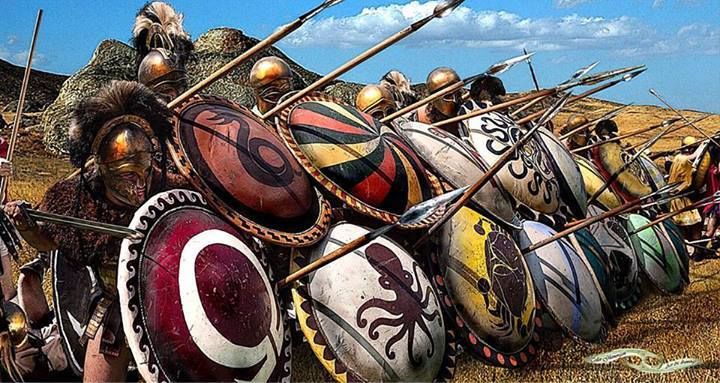 For ranged combat there is a clear pressure to remain small, there's no room for a longbow or javelins. Though given the focus on spear warfare by the elite warriors some usage of throwing spears is expected. But the kings of ranged warfare in your underground kingdom will be slings and crossbows.

Slings went out of favor because they're out performed by a bow with comparative skill. A sling takes quite a bit of skill, but they're easy to make. Crossbows would be well established by 1100AD. They started to be more widely adopted in the west around the fall of the Roman empire. In China they've been part of regular warfare for thousands of years.

Conclusion, crossbows will play a limited but effective role for defenders.

Your military would be a combined force of spearmen with shortswords and archers with crossbows. Thinking on it given the short range, a repeating crossbow makes a lot of sense.

You're trading range for speed and size already, might as well replace range and power with a fast rate of fire. But much like real history their usage has a limited place on a pitched battlefield with professional soldiers because those guys wear armor.

However, raids, bandits and vanguard forces are an entirely different thing. They'll crawl the small tunnels for unknown routes. They'll be confined, struggle with sentries and the like.

Those men have no interest in shields, long spears and other cumbersome things like long rapiers. They'll go for short things, daggers, an armored gauntlet, maybe a bronze age rapier. 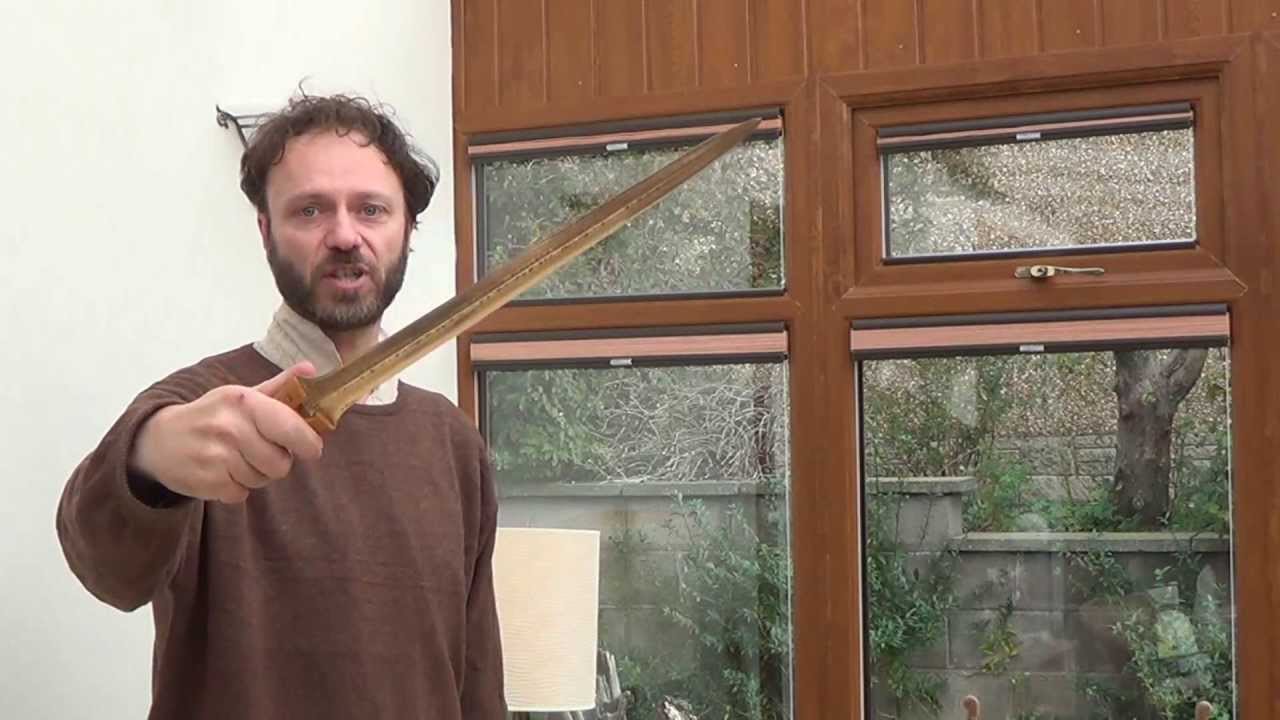 They go for short blades, probably augmented with a sling. They're easy to carry, plenty of ammunition around and are quite precise at short range.

Daggers and small stabbing weapons such as short swords and rapiers (not invented till the 16th century but heavier stabbing swords were developed well before) would be used for close-tunnels work. A short spear would also do a similar job and be easier to make if you had a decent source of wood inside the caves. Longer weapons would struggle with corners and tight spaces, anything that needs slashing and swinging like hammers and axes is also tricky without room to work with.

In terms of armour you would need something with good mobility and that isn't damaged by the damp and crawling around in it. You also have less need to protect the back and legs - so I suggest some sort of shoulder/arms/breastplate combination with a good helmet.

Shields would be awkward in confined spaces but also effective at blocking passageways so small shields might be used in some situations.

For the larger more open caverns then traditional weapons would be more effective so you have an interesting contrast in needing very different equipment for the two environments.

Not the answer you're looking for? Browse other questions tagged warfare underground low-fantasy or ask your own question.

3
What Foods are Possible for an Underground Society
10
Art and Fashion for Nocturnal/Underground Species
7
What are the Limits of Laser Weapons in Space?
5
What are possible ways of underground humanoids developing eyes?
6
What resources would underground creatures look for in the surface?
21
What are most likely to be the first space weapons?