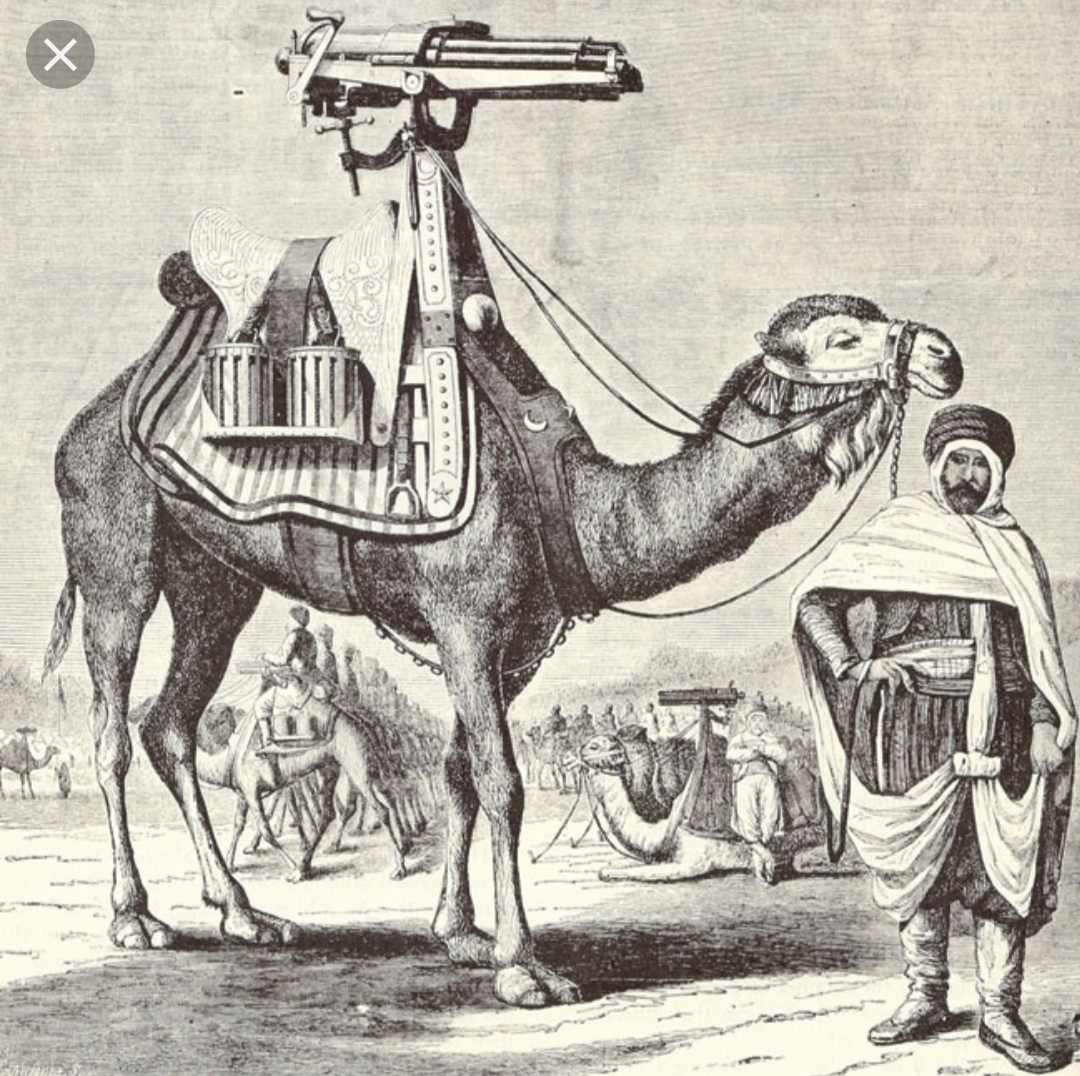 How effective are these guys? And could they somehow be considered the predecessor to the modern tank just as the horses of the medieval age were?

For those worried about the camels running wild, apparently you lie the camel down and fire sideways using the camel as cover. 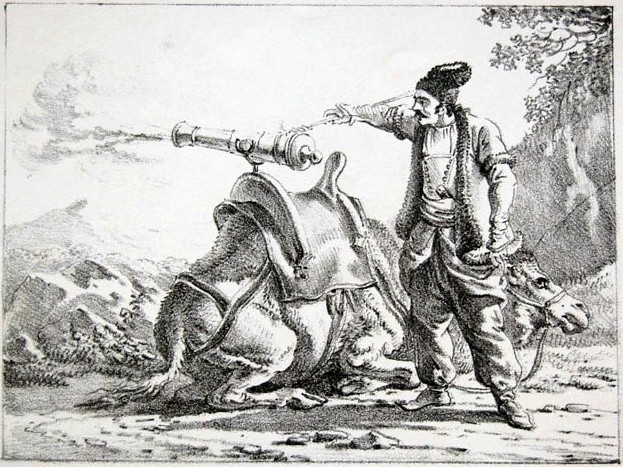 It's a desert specialist unit, used as mobile artillery in places you wouldn't be able to get heavy artillery to.

The zamburak became a deadly weapon in the 18th century. The Pashtuns used it to deadly effect in the Battle of Gulnabad, routing a numerically superior imperial Safavid army. The zamburak was also used successfully in Nader's Campaigns, when the shah and military genius Nader Shah utilized a zamburak corps in conjunction with a regular artillery corps of conventional cannon to devastating effect in numerous battles such as at the Battle of Damghan (1729), the Battle of Yeghevārd, and the Battle of Karnal.

A zamburak consisted of a soldier on a camel with a mounted swivel gun (a small falconet), which was hinged on a metal fork-rest protruding from the saddle of the animal. In order to fire the cannon, the camel would be put on its knees. The name is derived from the Persian word for wasp zambur (زنبور), possibly in reference to the sound earlier camel-mounted crossbows made. The mobility of the camel combined with the flexibility and heavy firepower of the swivel gun made for an intimidating military unit, although the accuracy and range of the cannon was rather low. The light cannon was also not particularly useful against heavy fortifications. - Wikipedia

* A pickup with a machine gun on the back.

Pack animals have been used to transport weapons for a long time. Of course the pack saddles were not designed for firing from the horse or mule, the gun was supposed to dismount.

Compare this writeup of 1944 US horse cavalry, especially the Machine Gun platoon. Or look at this picture of a machine gun pack saddle.

For that matter, look at this image of elephant-carried guns in Abyssinia.

Not the answer you're looking for? Browse other questions tagged technology weapons fauna history or ask your own question.

10
Guns and Tasers (lethal and non-lethal) - should we combine them (as a weapon for Police)?
15
For how long could a modern tank survive in a past war?
3
Modern facilities with medieval technology?
2
Utilizing oil as an incendiary weapon
5
Using depleted uranium ammunition in handheld guns?
2
Can swine be used as beasts of burden?
17
Armor for Giant Crabs to Defeat Explosive Bites from Predators
8
Plausibility and performance of a composite longbow
7
In what ways could a society that has rejected guns continue to improve on the Crossbow?