Could DNA Survive in Outer Space?

In my story the inhabitants of Earth are near extinction.

They want to make a capsule of a bunch of human DNA and blast it toward the Andromeda galaxy. They take 1 oz of every blood type still living (only one person has AB-). They don't waste time and decide it would be smart just to load the DNA in bags and put it in the capsule and send it off to space.

How long will the DNA survive in the capsule before it is not like it was?

Traveling outwards from the Earth in plastic bags in a tube, it would survive minutes, 'till the bags heated up in the solar radiation, burst and the whole of the inside of the tube was filled with mixed blood clotts, melted plastic and superheated steam (over 200C - 390 F in direct sunlight), the protein's would denature. No recognisable DNA could survive.

Once you've extracted, dried and frozen your DNA you're going to be faced with two problems:

Thermal and radiation damage is going to be an issue inside the near-to-sun solar system, it gets hot in near Earth space in the sun's light, swings between +200 celsius and -200 celsius (+392 to -328 Fahrenheit) the bake/freeze cycle isn't going to do your precious cargo much good. Meanwhile your coolant is boiling off at an allarming rate. So you'll need shielding against this.

As soon as you're out of the solar system into interstellar then intergalactic space, everything settles down tending towards the temp of the microwave bacground at 2.7 K - so no more gross thermal or radiation damage to worry about - till you get to the other end of the journey. (You're going to need more coolant!)

Even if you cool DNA down, to eliminate de-methylation and de-amination errors via thermal decay, the Atomic Elements that make-up your DNA - well many of them are themselves radioactive to some extent (we're all familiar with Carbon dating - only possible because carbon has radioactive isotopes) - so they damage themselves.

DNA may contain a large number of postmortem mutations, increasing with time.

But Mutation is not the greatest issue, fragmentation is:

Thanks to Yisela on biology SE

Digital encoding of microchips isn't going to last more than a couple of decades, quantum mechanical effects mean that anything on only slightly above the atomic level won't last a very long time.

If the DNA code were transcribed onto gold sheets, then no degredation would occvr*, and your "samples* would last indefinitley. The book for each person would be sizeable - there are 6,469.66 Million base pairs (each pair being two of Adenine, Thymine, Guanine and Cytosine) That's more than a few library shelves worth of books, or even libraries worth. The print would need to be fine, and the sheets, thin - this would be a trade-off between weight and fragility. There are bespoke laser-etched "Saphire" disks proposed, but none in mass production yet, they may offer a marginaly better solution. (Beware - They're asking for funding on the site.)

*not quite true, it's always a trade-off size versus: quantum mechanical effects occur which make atoms wander over time. The bigger your writing on the gold sheets, the slower that they'll be noticable - a few tens of billion years enough for you if you write large?

Found by members of your species with a knowledge of the standard DNA notations used, this would be interpretable. Aliens are a different pobal of Soobishes. 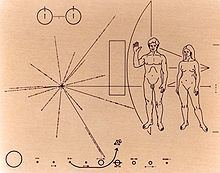 We simply don't know if we even could communicate with aliens sufficiently well to make them get what we're trying to say, or if they'd care enough to try and reproduce our species anyhow.

Without a more sophisticated response, and a considerably greater effort, the human race is over.

Blood is not the best substance here. Most of the tests for genetic genealogy and genetic medical testing use saliva or epithelial inner cheek cells.

Saliva officially lasts for about a year if properly contained. Cheek wipes with a q-tip can last years. In both cases, a simple glass or plastic container is good enough (with some preservatives for the saliva).

In reality though, DNA in saliva can last a lot longer. Decades, maybe centuries, when dried and untouched.

In bone marrow and other substances, in very specific preservation scenarios, DNA might last up to a million years.

What’s the shelf life of DNA?
About a month to a million years, theoretically. The decay rate of DNA depends on the conditions of its storage and packaging. Above all, it depends on whether the DNA is exposed to heat, water, sunlight, and oxygen. If a body is left out in the sun and rain, its DNA will be useful for testing for only a few weeks. If it’s buried a few feet below the ground, the DNA will last about 1,000 to 10,000 years. If it’s frozen in Antarctic ice, it could last a few hundred thousand years. For best results, samples should be dried, vacuum-packed, and frozen at about -80 degrees Celsius. Even then, ambient radiation is likely to render DNA unrecognizable before it celebrates its millionth birthday.

If your samples are kept very cold (consistently) and have no exposure to air or direct sun (all things that should be easy to do in space), the DNA is likely to outlast the spacecraft.

But you're talking about putting fresh blood into plastic bags, tossing them into a container, then putting that container into space within a craft. Sure, it's cold, air-free, and sunlight-free, but how long will it last?

DNA can indeed be extracted from frozen blood, if done right. Depending on how it was processed for storage, the DNA might last as long as 20 years. The storage does make a large difference and older specimens may or may not yield good results.

We don't really know how long DNA lasts in frozen blood because there isn't frozen blood out there that has been tested. If there's any in the veins of frozen bodies (the ones found thousands of years after death), it's been ignored in favor of bones.

Not the answer you're looking for? Browse other questions tagged space genetics blood .

9
Could someone survive if all the DNA inside his cells got damaged? For how long?
15
Would you shoot out DNA onto baby planets if you planned to visit it someday?
10
Outer Space Flamethrower
5
What can be a good strategic point in outer space
19
Minimizing the Side Effects of Breathable Outer-Space
10
How would a corpse be preserved in outer space conditions?
0
Use for a giant in a space military?
61
My perfect evil overlord plan... or is it?
6
Planting Trees in Outer Space
4
Could triangular DNA exist?