The Romans had pumps, aqueducts, water wheels (which were used to grind flour, saw wood & stone etc), valves & pipes (they are known to have used stone, clay, lead & copper for pipes).

All the ingredients in fact for a pneumatic tube system for delivery of small packages.

So, would an alternate past where the Romans had actually put all these things together to produce a pneumatic tube postal service for the city of Rome be plausible?

The air pumps would be powered by water wheels.

Only for government buildings and districts occupied by wealthy citizens of course.

How the Romans made lead pipes

Copper pipes (if used) can be made the same way (hammered around an iron or steel mandrel) so any issue of standardization is more or less inherently solved by the production method.

Message-tubes to feed into the pipes can also be made this way hammered around a slightly narrower mandrel with leather or felt (rather than rubber) washers to give a relatively airtight fit in the pipes.

Reality check, sadly, I'd have to say is:

The only thing truly implausible about the scenario is slaves. Rome had a lot of them. It becomes a simple matter of economics: it's much cheaper to build an aqueduct than it is to supply Rome with water via lines of slaves forming a bucket chain all the way up into the mountains; whereas it's much cheaper to tell a slave to "pop on over to M Lucius Cicero's office with this packet of letters" than it is to build a pneumatic tube system on a large scale.

Is it technologically possible? Absolutely! Does it satisfy the cool factor? Sure! But is it plausible in a heavily slave dependent Roman Empire? That I'd have to say is no.

It's possible that the Romans had springs. This is good! Because the manufacturing tolerances of the pipe probably wouldn't allow even a loose-fitting canister. BUT! Throw some spring-loaded legs with wheels on the thing such that a smaller canister can roll along with shock absorption... now we're cooking with gas!

But, those springs have consequences. No vacuum. But... that could easily be fixed with a leather collar to seal around the canister. More complex than I like... but it's solving problems.

I'm not super fond of pneumatics for this purpose. I don't believe sealing the pipe is the problem. I do believe creating the vacuum in the first place could be. Pumps are good for moving fluids, but you need really, really, really well sealed pumps to create even a mediocre vacuum.

Water, on the other hand.... Fill the pipe with water from the sending end. When the canister arrives, the recipient closes a ball valve, allowing the water to drain on both sides. How does the sender know when to let the water drain? When the pressure equalizes.

Now, officially, measuring pressure wasn't something that happend until the 1500s. But it wouldn't be hard to have a small pipe affixed to the main line, probably pointing up, such that when the line pressurized a spray of water came out of it ringing a bell. That would tell the sender to turn off the water and let it drain. The line would need to be designed such that the canister didn't fall back as the water drained. Hey... you might not even need the valves I mentioned. All you need is the ability to turn water on from both sides of the pipe.

So, yes, I believe it's plausible for an alternate-history story.

If you want to use pneumatic post, you need to be able to rely on vacuum. This implies that whoever manufactures the system has to ensure tight tolerances on both the pipes and the vessel, to prevent leakages disrupting the vacuum system.

I am not sure manufacturing processes in the Roman Empire could deliver a combination of narrow tolerances and large production, of the order of hundreds of meters of piping on a single building.

Moreover, lead is a poor material for this application: being really a soft metal, I doubt it would withstand the pressure differential between the vacuum on the inside and the atmosphere on the outside. You would either get breakages/deformations, or would need to use thicker walls, making again tolerances more broad. 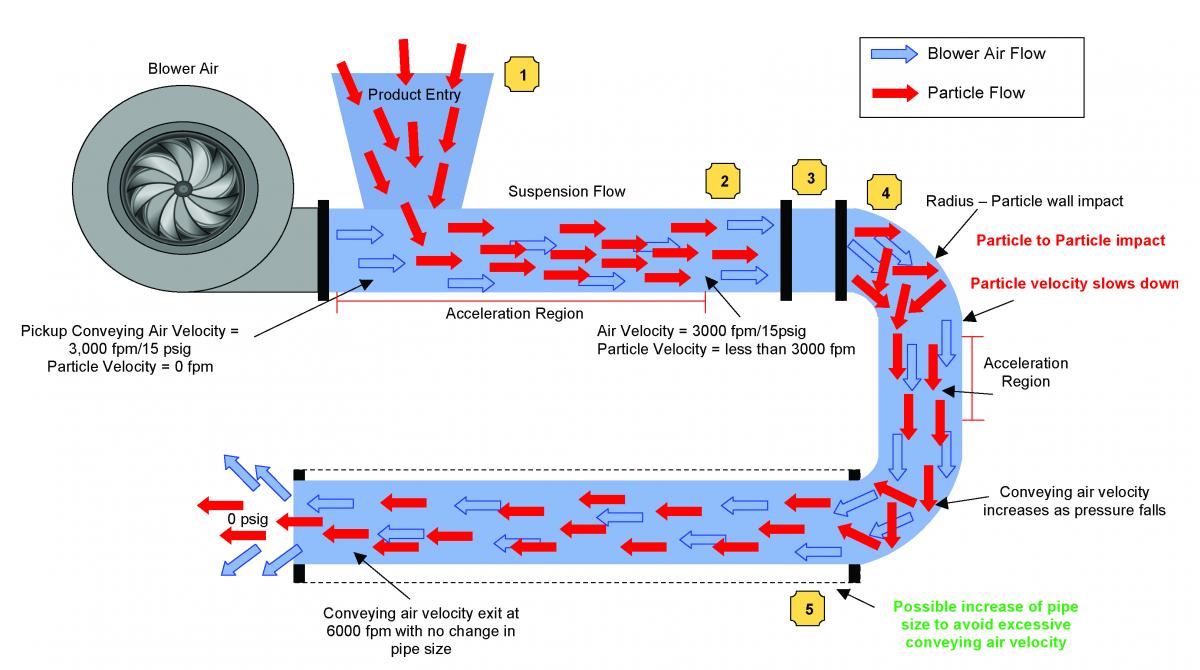 It is entirely possible to have a series of pneumatic tubes working in ancient Rome. The technology did not come into play until the early 1800's, but there is nothing that could have stopped it from happening at an earlier time.

Romans had lead pipes. They had waterways to transport water to homes. By adding leather and grease gaskets to connect the pipes, you can send objects down the pipe. You could use the existing aqueducts to run the pipes. The issue is having a standard circumference, say 6", a cylinder with leather gaskets on each end and a source of air pressure. This isn't much different than the version first operating in London in 1850. The air pressure on modern systems is only 15 psi. You could use a windmill, a water wheel to provide blower power. A blower is a simple squirrel cage fan turning fast enough to push air. Your bathroom fan is powerful enough to do the job.

Good luck with your series of tubes.

So, would an alternate past where the Romans had actually put all these things together to produce a pneumatic tube postal service for the city of Rome be plausible?

As others pointed out, it would definitely have been technically possible if they wanted to build such a thing. There have been many amazing machines and structures built in the past which perplex us even to this day.

The fact this wasn't planned or build was probably beacuse, letters, especially written by and to wealthy people would probably be handled only by their trusted companions. There was no digital signature, thus, people took great care as to who had access to their letters and seals.

So if they built such a system, they would have to deploy massive guards to secure it. Thus, it was much better to let letters be delivered by the hand of your trusted compatriots.

Technically quite possible, Practically not at all.

It would fail for the same reason that such systems failed to gain popularity in to open public for us.

Damage of delicates:
The delivery system is inherently violent, with lots of sharp accelerations and stops. And people will inevitably try to ship stuff that is not strong enough for the system.
(anecdote: Back in the '70s ,at a local store that used a pneumatic tube system to deliver invoices, money, and office stationery to and from the cashiers:
Cashier sends a message "my pen is dying, send a replacement please".
Instead of a ballpoint pen, the warehouse sends through a fountain pen. Which shatters upon arrival, splashing cashier and several customers including myself with black ink.)

Breakdowns:
An air leak, or a misaligned cartridge seal, or something sticky either on the cartridge or in the pipes, brings the whole system to a screeching halt. Then someone has to get the rod, and start reaming the system to remove the blockage, then again with a rag to clean it, then again with another rag to either oil or powder the tube, depending on the system. BIG downtime.

People are idiots:
The pneumatic tube system is very much open to abuse, and inevitably some braindead person will play with it. "What happens if I put a can of Cola in this thing, the size seems about right", they wonder.
Or, "Hey Pete, you want a HotDog? Exxxxxxpress delivery coming right up!".
These abuses inevitably lead to the scenario above, where the Man with the Rod needs to be called out.

Pneumatic tube delivery systems work fine, in a professional environment with trained, disciplined users. For frequent delivery over relatively short distances between a very small number of recipients.
Over long distances, or where the number of recipients become many, or the operators are mere Humans.... They are not at all optimal.

Not the answer you're looking for? Browse other questions tagged reality-check communication engineering materials ancient-history .

35
Delivering the Eternal Sausage
1
Could a pump jet be made in the 15th-16th century?

5
Ancient Roman telegraph
6
Roman ancient balloons
17
Behaviour of Roman army versus zombie horde
5
Roman bike charge
15
Tallest building possible by the Roman Empire
0
Plastic in Roman Concrete?
12
How can my ancient Roman civilization develop effective steam power for use in ships?
27
Is it possible for an ancient contraption to survive modern-day attempts of breaking in?
17
Ancient-Roman-type Postal Service with Rats as Couriers