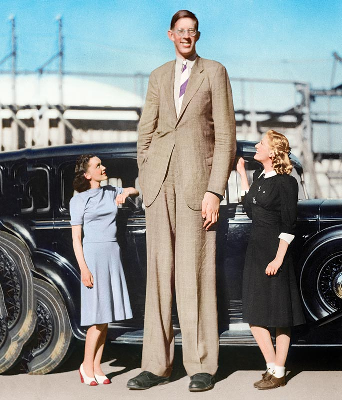 74
Can you simply scale up animals?
38
How to make a realistic 'giant'
12
How CAN we scale up living creatures to be giant sized?
5
Mega-human: What are the largest possible dimensions of a human?

3
How heavy would a Naga be?
3
Armor For A Giant
12
What type of feet should semiarboreal humanoids have?
13
Could humanoids without a skeleton be viable?
6
Most effective melee weapons for arboreal combat? (pre-gunpowder technology)
6
How long would a creature the size of an argentinosaurus' bones last in a scrubland?
6
Would A Neanderthal Skeleton Be Better Suited To Handle Gigantism?
1
Is this giant realistic?