Can trees and plant life grow on rock?

So I’m creating a world where the ground is mainly made of different rocks and stone in most areas - soil is sparse.

Could trees and plant life grow on the stone ground if a water source is nearby? eg. If the rocks are permeable could plantlife grow?

Yes, there are plants which are specialized in growing in harsh terrains.

Take the caper: I have seen plants of this species growing onto walls, rocky cliffs above the sea and other conditions where soil was scarce. 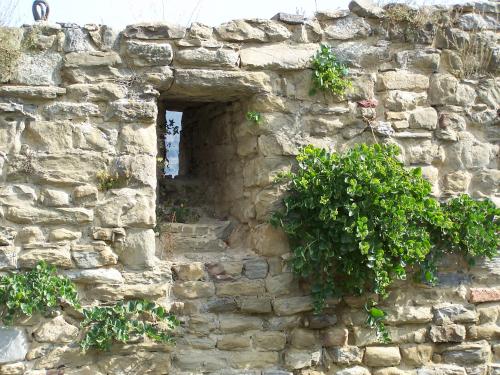 Their root can propagate through rocks searching for water, and can survive with very little water.

Like this one there are other plants which are adapted to harsh conditions and scarce soil. Look for example at most of the plants growing in the maquis shrubland.

Lichens are notorious for being able to grow on bare rock; they are often considered pioneering organisms, able to colonize bare rock and, in time, create enough soil to enable the growth of plants. But the lichens themselves are not plants, they are "composite organism that arises from algae or cyanobacteria living among filaments of multiple fungi species in a mutualistic relationship (Wikipedia).

Lithophytes ("rock plants" in Greek) are plants that grow in or on rocks. Those that grow on rocks are also known as epipetric or epilithic plants. Lithophytes that grow on land feed off nutrients from rain water and nearby decaying plants, including their own dead tissue. Chasmophytes grow in fissures in rocks where soil or organic matter has accumulated. 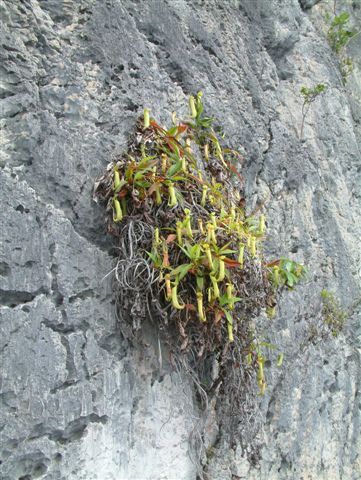 A Nepenthes plant growing as a lythophyte in Raja Ampat, New Guinea. Photograph by Alfindra Primaldhi, available on Wikimedia under the CC BY 2.0 license.

Plants which grow on sand are called psammophytes (that's "sand plants" in Greek). Sand is finely divided rock. There are many many psammophile ("sand loving" in Greek) plants, for example: 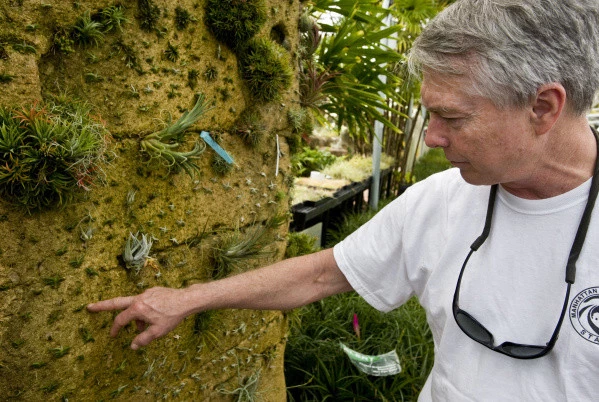 Not the answer you're looking for? Browse other questions tagged biology environment earth-like geography or ask your own question.

5
Bay evaporated by a volcano
3
Are all combinations of right-handed and left-handed amino acids and sugars equally likely?
6
Could an entire civilization live in an upside down forest?
6
Is this a viable/realistic imaginary species?
26
How to kill trees?
3
What's the most effective clothing in a pre-industrial world of aggressive plant (and animal) life?
4
What modification would make literal fire trees be able to grow?
4
Where do producers get nutrients in an airborne ecology?
1
How could my lava plant work?