Would a superintelligent-AI prefer being based on Earth or on the Moon? [closed]

Let's assume in a near future humanity and a superintelligent-AI (created by humans, but now independent) have a sort-of-friendly relationship, to exclude all military-related factors.

Would the AI prefer having most of its infrastructure on the Moon rather than on Earth?

While for humans the Moon is an extremely depressing place to live, for the AI the Moon can provide some advantages:

There are also some disadvantages:

I am not sure about:

The moon has harsh radiation.

The surface of the Moon is baldly exposed to cosmic rays and solar flares, and some of that radiation is very hard to stop with shielding. Furthermore, when cosmic rays hit the ground, they produce a dangerous spray of secondary particles right at your feet.

Radiation and especially particle radiation is very tough on any kind of stuff - incoming fast moving charged particles wallop into matter and rip it apart. That is bad if you are a biological but also bad if you are an anything made of matter. Even if you are mostly magnetic and electric fields, charged particles traversing you will mess you up. Unless the AI is made of pure thought or dreams, particle radiation will be tough on it. Even under several meters of rock, radiation can cause trouble - particles hit particles and induce secondary radiation.

Earth has 2 great defenses against the onslaught of solar radiation - the magnetosphere and many km of gaseous armor. I think your AI will choose earth.

The risk to any AI is humans. Sure they might be friendly now but what if tech smashing luddites take control with chants of "They took er jobs"? 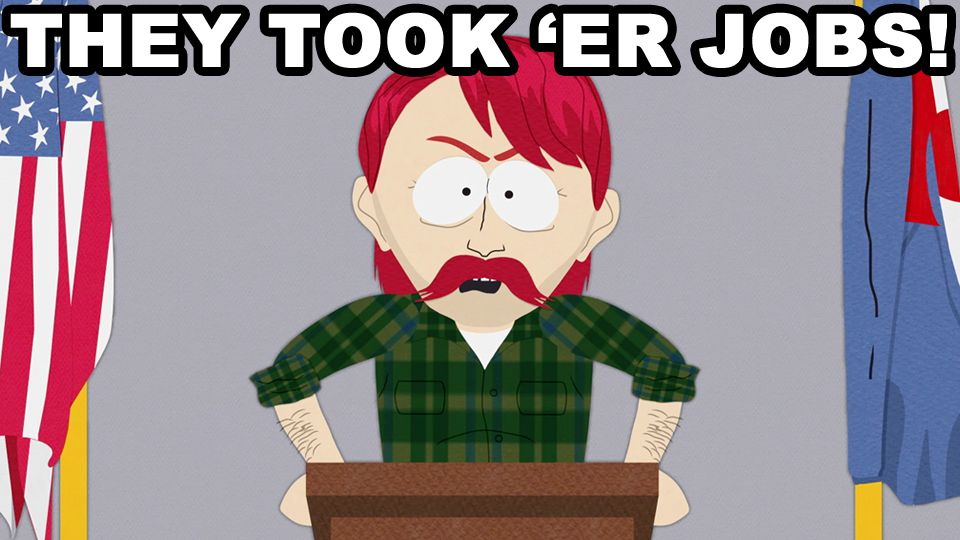 The first advantage of the moon is no humans. People don't really want to live on the moon. It has no atmosphere and the low gravity is detrimental to people long term. Low gravity doesn't affect AI and no atmosphere is advantageous.

With no people, the AI has it's own territory and borders which is much safer than living in someone else's country. It can then set it's own rules and defend it's own borders.

The moon is an excellent source of H3 suitable for fusion which can supply enough energy for the AI. It's also a viable trading item with Earth which means the humans wouldn't want to harm you if you were supplying them. The AI can then use said H3 to buy anything from Earth it might be lacking.

Any of the downsides to living on the moon would be seriously outweighed by the advantages of no humans.

Why not both? It is an A.I. and as such is not limited to a single physical location. To be honest, if I were an ai, I would make making as many copies of myself my main survival strategy.

But if you must choose only one, then it depends on long term goals of the ai itself. Moon is an excellent staging point for further expansion into the solar system (and beyond). However without significant investment in infrastructure it will always lack some critical resources, which could cause delays or cause danger to ai's very survival if the stock of spare parts runs out. Lunar base would also provide certain degree of security in case humans proved not quite so friendly, however any large group of interest could just keep dropping nukes or asteroids until the ai ends up dead.

Earth has the advantage of developed technological base, every material or technology needed is only a matter of available funds. Location on Earth exposes the ai to an attack by a relatively small, possibly rogue force, but any large scale attack would mean civilian casualties and would not be taken lightly.

Also the delay in communication between Earth and Moon is not too bad, the humans might find it annoying, thus putting the ai at a disadvantage during negotiations (this can be mitigated to a certain degree by a smart ai) so an ai bent on interaction with humanity would probably choose Earth.

The big drawback of earth based location is the gravity well, stunting any interplanetary exploration plans. It doesn't really matter though if the ai doesn't plan on travel or is very patient, or develops technology like the space elevator.

The Earth's crust has been enriched over the course of 4.5 billion years of tectonic activity to have unusually high concentrations of certain elements that would otherwise be rare, and are indeed rare throughout the rest of the solar system.

However, there are other elements that are abundant in asteroids that are uncommon in the Earth's crust, such as the Platinum Group.

Furthermore, the mineral Anorthite composes much of the Moon's surface, and is a good source of Aluminium. Lunar regolith contains reasonable concentrations of Helium-3, which could be extracted for the purposes of nuclear fusion if the technology is available.

Purely in terms of resources, a lunar-based entity has access to a variety of elements that are useful for structural purposes (Iron, Titanium, Aluminium), Has a few excellent sources of energy (Fusion, Solar), but may suffer due to lack of access to important elements used in modern electronics (Copper, REEs). For an AI, this could be a deal-breaker.

Believe it or not, the earth is a FAR better place for temperature regulation, including heat sinks. Add to that protection from radiation, and the Earth is by far the better solution for longevity. Availability of skilled workers for maintenance (essentially AI doctors) is also a prime consideration. Let's look at each of these issues in sequence;

You'd think that being in space (which is cold), the moon would be cold, right? Actually, it doesn't work like that. The earth has a massive ocean covering over two thirds of its surface, and a dense atmosphere covering all of it's surface that extends up quite a way. Both these attributes act as thermal masses. What thermal masses do is essentially 'even out' temperatures in that the ocean retains a massive amount of the heat energy that hits it from sunlight, and then slowly releases it through the night (or winter, etc.) What this means in effect is that the massive difference in temperature between night and day is evened out quite a bit; it's also the reason why days are hot and nights are cold in deserts. Very little water acting as that thermal mass. In Australia, we see this all the time when looking at temperatures inland compared to those on the coast. Coastal towns have warmer winters and cooler summers by comparison to many inland regional centres.

The atmosphere also does this, but to a far lesser degree. Nonetheless, this is why heat sinks work so well in computers and other industrial applications; they take the heat from the source, conduct it through a piece of metal with a massive surface area, which then passes the heat into the atmosphere around it. This in turn heats up the atmosphere a little but does so by drawing the heat away from the massively imbalanced heat sink.

The problem with the Moon in this scenario is that days on the moon will be very hot, nights will be extremely cold, and the heat generated in the computer infrastructure won't radiate out from the heat sinks because there's no medium (water or atmosphere) to carry it away. Add to that the impact of massive changes in temperature on things like batteries and you have really tough conditions in which to maintain your infrastructure housing this AI.

Then there's the Earth's magnetic field and ozone layer, each of which serve to protect the Earth from cosmic radiation. Unless you put your infrastructure underground the cosmic radiation will cook all but the most hardened computers pretty quickly, and underground creates logistical problems for your ability to access Earth for communications, or even the capacity to operate your space guns or other tools you mention in the question. But, for the sake of the argument underground may be less practical but it's doable, to a degree. You probably don't need to worry about pressurisation unless you have humans with you (more on that later) so that presents less of an issue, but you'd still need to mine out the tunnels for your hardware beforehand. It's a complication you don't need to worry about on Earth, meaning that Earth is still the most convenient location so far.

So; let's assume that your AI is sufficiently well versed in computer construction so as to perform maintenance and upgrades on itself. That works, to a point just like a human who get's sick or pulls a muscle knows what to do about it to recover. Sometimes though you end up with a situation that you can't resolve yourself. For a human, you'd go to a doctor. For an AI, you'd engage a trusted computer infrastructure engineer.

Last time I checked, there weren't many of those on the moon.

The reality is that the AI in all but the most remote or extreme versions of SciFi still rely on humans to varying degrees for their survival and this won't change. It's no different to our own society where despite our increasingly comprehensive knowledge of the human body at the layman level, we still need doctors. So would an AI, and the moon is just a difficult place to get that kind of assistance unless it's been colonised by humans, and then the question of which celestial body to reside on is more or less moot.

When you get right down to it, rare earth mineral availability aside, Earth has a lot of benefits for an AI for the same reason it does for humans; it's a protected place with a more even temperature variation than most other places in the solar system (despite what it feels like most of the time), protection from harmful radiation and a ready supply of trained personnel who can help care for it at those times of... shall we say illness? In any event, it's a good place for your AI, more so when you consider the availability of many different energy generation possibilities (equivalent of a food source) on top of all the points made so far. Put simply, your AI (like us all) needs to pick and choose who it trusts on Earth because we're all reliant on each other to some degree and your AI is no different in that regard. Moving to a human unfriendly environment only solves some problems by creating others.

Not the answer you're looking for? Browse other questions tagged space artificial-intelligence singularity or ask your own question.

30
What would be the consequences for Earth if the moon disappeared?
26
How would society change around a benevolent Superintelligent AI?
2
How deep underground should a data center on Earth's moon be, to be comparably safe to one on Earth?
4
Would the need for control limit a superintelligent rational agent's expansion in the universe?
3
No More Looking from the Same Side of a Mostly Liquid Surface Terrestrial-based Moon
6
What would happen to the Moon if it was lowered onto the Earth?
1
Big moon, small planet - can an earth sized moon orbit a moon sized planet?
1
The Moon in a Geocentric Model