Logical reason why would the bunker population use Wastelander DNA samples?

It’s been a little over 190 years since WWIII, AD 2157. Most of the surviving human population live in small farming settlements, tribal villages, or, if lucky, United City States. But, there exists a secret community, far underground, out in the plains of Idaho.

They are an extremely technologically advanced population, the descendants of high ranking US officials, Military Brass, and Wealthy Businessmen. They were all a part of a pre-war plan to try to secure America’s future.

They are basically a “Utopian” society, from the perspective of an average Wastelander, but this is not completely true. In reality, they are a harsh fascist, conformist, xenophobic organization. They think they are genetically superior to the human population above ground, and are indoctrinated to believe this from birth. So, here is the problem.

You see, the population in the bunker is limited, so they need to supplement their population by collecting sperm from Wastelanders. My question is, how could they do this and at the same time believe to have supremacy over Wastelanders?

If their technology allows it, take hair, skin or other DNA samples. So they see the Wastelanders as a resource being gathered instead of those undesirable people siring children.

There is already a technique to create clones from pretty much any piece of DNA. Clonning from Skin cells

Otherwise, if those Wastelanders are seen as lesser, make a punishment having to interact with them.

-Did you see Dave? He messed up and has 2 weeks of Wastie-rearing.

Human psychology being what it is, if there is a genetic need for wastelander material (preventing inbreeding issues, acquiring some pertinent resistance to whatever apocalyptic disease/chemical/radiation mess WW3 left behind...) there would be less resistance to wastelander women/eggs being used than wastelander men/sperm.

However, here are some options:

Secret Tampering with an In-vitro Process

Default bunker reproduction is In vitro, with lab screening of foetuses. This controls population in a limited-resource environment and ensures quality. The lab processing means the leadership can stealth in some wastelander foetuses without knowledge of the general population, in which case sperm or eggs could be used.

Your underground city was designed to be predominantly female as the sensible way to have a seed-population that rapidly repopulated the earth (also, more radiation-resistant reproduction if you have frozen sperm stores). This has not worked out as planned, as the wastelanders never died out and thus the bunker population stayed below ground as a dominantly (entirely?) female population, for which sperm is a resource in breeding but men are not considered valuable of themselves, nor a particularly important input to the quality of the child (think the reverse of Firefly episode "heart of gold" where a male leader is happy to take his prostitute-borne child without considering it tainted by the mother's bloodline).

Failure of Technology. Outsider sperm is the only solution.

The bunker was designed to use frozen sperm as the dominant source of genetic material in the short-term until repopulation of the surface began. However, the wastelanders' ongoing existence or other complications prevented this. Now the sperm storage has broken, or is running out, or we realise that we need to acquire resistances from the wastelander populations if we are to leave the bunker en-masse in the future. Regardless, outside sperm becomes a necessary resource for the superior race in the bunker.

Uber-mensch. At any cost.

The bunker believes in becoming the superior species. And they are ruthless in that goal. Of course their dedication to it means that the bunker population is much better than the outside world, but they are rational about it --- sometimes the crucible of outside world forges one of the unwashed millions into a fine specimen. They will acquire the genetics of the rare 0.01% of outsiders who are worthy of inclusion despite despising wastelanders as a whole. What superior race wouldn't?

Why would they use the sperm from the "inferior" population? Because they need it.

How can they justify it? Well, humans are very good at justifying their social status while at the same time contradicting it. In the American Antebellum South, wealthy white families sometimes used black women as wet nurses, despite the prevalent ideas that a wet nurse's morality or personality could be passed on the child. 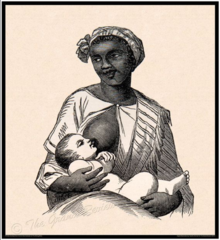 Supposedly inferior black women also raised their white employers' children. All the stated beliefs of black people (whether slaves or not) being unintelligent, immoral, even incapable of rational thought, were conveniently ignored when a white person needed free or cheap labor requiring intelligence and ethical and rational behavior.

The United States tended to follow the "one drop" rule, where children of one white and one non-white parent were considered non-white. Children resulting from (often non-consensual) unions between whites and blacks were considered black. If their mothers were slaves, then they were too, no matter what percentage of European DNA they had.

But in other countries, that wasn't always the case.

In 1931...[Neville] the official Protector of Western Australian Aborigines...signs an order to relocate...three girls to the Moore River Native Settlement internment camp. The children are referred to by Neville as "half-castes", because they have one white and one Aboriginal parent. Neville's reasoning is portrayed as: the Aboriginal people of Australia are a danger to themselves, and the "half-castes" must be bred out of existence. He plans to place the girls in a camp where they, along with all half-castes of that age range, both boys and girls, will grow up. They will then presumably become labourers and servants to white families, regarded as a "good" situation for them in life. Eventually if they marry, it will be to white people and thus the Aboriginal "blood" will diminish. Rabbit Proof Fence.

Somehow, in this twisted reasoning, these "inferior" children were good enough to grow up to marry "superior" partners and have children with them. Their "bad" DNA would be diluted over the generations. But staying in their [Aboriginal] communities and not having children with white people was somehow worse?

While children of white and Aboriginal parents were treated badly by whites and considered a lower class, their children, or their grandchildren, could be white, if they looked the part.

Don't expect logic out of bigots. It generally boils down to "I want what you've got" and "you can't have what I have." The rest is basically handwavium.

Historically, fascist xenophobic populations have also been patriarchal and male dominated. These populations do not collect sperm from the subject populations. They collect concubines.

We have analyzed and compared mitochondrial DNA variation of populations from the Near East and Africa and found a very high frequency of African lineages present in the Yemen Hadramawt: more than a third were of clear sub-Saharan origin...In contrast there is little evidence for male-mediated gene flow from sub-Saharan Africa in Y-chromosome haplotypes in Arab populations, including the Hadramawt. Taken together, these results are consistent with substantial migration from eastern Africa into Arabia, at least in part as a result of the Arab slave trade, and mainly female assimilation into the Arabian population as a result of miscegenation and manumission.

Arabs (probably with superior technology) captured and brought back women. The children of these captured women were assimilated into the population.

Capturing entire persons poses obvious advantages, one being that you do not need to tote perishable sperm around in a jug or artificially inseminate women with captured semen. Another is that childbirth mortality is high in preindustrial societies and interested sperm donors are common. Women are what is needed to sustain populations.

But for a fiction, capturing women has been done to death. If you want something novel or you are dead set that it is the male wastelanders they want, have them screen populations for persons of the right phenotype (or if they have the tech, the right genotype) and bring the captive person back to the Enclave. The Enclave considers Wastelanders to be inferior because of mutation, mixing and the like but among them exist persons who have the same desirable traits as the Enclave, and these are the persons (men and women) to capture.

Ideally, these genetically suitable Wastelanders are captured as children while still amenable to indoctrination.
For your story this takes a step away from the distasteful "catch slaves and rape them" and a step towards a more hygienic dystopian fiction.

You just need to be picky about your wastelands.

It has only been 190 years so there are no real genetic differences between the two groups. As long as you can find the blond, blue eyed, ones you are fine and take their DNA. The other 99% are just a waste of human lives.

And so what if those people have a few diamonds in the rough. That does not change the big picture.

It could be kinda like Angel One from star trek first gen. The women lived in these utopian bunkers, and only brought men in for utility. "Men are only useful for heavy lifting and producing offspring"

They just have to dehumanize the surface, while still acknowledging their necessity. The wastelanders are just cattle to them.

They genetically engineer the sperm before using it.

The one alternative I can think of, in additional to all of the other solutions listed, is to think about "rare" and "highly valued" traits. In humans, changes in hair and eye color were often considered highly beautiful and desirable, as Andrey stated. In the case of blond hair, it also has evolutionary benefits for people in high latitude climates.

Mutations can also be desirable because they are symbolic. For instance, koi fish ponds are popular in Japan. But far more popular are the rare koi fish that have the Japanese flag. It is a mutation that is bred for, but appears infrequently. 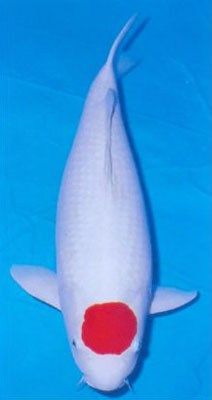 A fascist civilization could find mutations in the Wastelander population that enforce their beliefs, or represent their leadership, or move them towards their ideals of perfection. In that case, the DNA would represent people who were "chosen". To deny their value is to deny the fascist party itself.

The "chosen" might also be "devotees", attempting to walk the "path of the party". Maybe they have common ancestry with the party, preserving traits that already exist in the party, but enough "outsider DNA" to keep the population healthy (which doesn't take much).

Current calculations only require outside DNA if the population is under ~160.

they need to supplement their population by collecting sperm from Wastelanders.

how could they do this and at the same time believe to have supremacy over Wastelanders?

Assuming you've definitely settled on it being only sperm they collect (& never eggs or females for breeding) one obvious answer springs to mind.

They believe their superiority comes from their mitochondrial DNA rather than their nuclear DNA.

I'd love to expand on that so the answer looks less like a comment but there really is nothing more that needs to be added to it.

Not the answer you're looking for? Browse other questions tagged reality-check post-apocalypse genetics reproduction or ask your own question.

16
Why would life on a different planet use DNA?
3
Would having more than two sexes decrease the number of individuals required to have a sustainable population from a genetic perspective?
25
Logical reason why a space navy would not utilize orbital bombardment?
3
Logical reason why survivors in a post-nuclear world would not migrate south?