Why Have Faceless Helmets? [closed]

Ask Question
Asked 2 years ago
Active 2 years ago
Viewed 6k times
20
$\begingroup$
Closed. This question is opinion-based. It is not currently accepting answers.

What are plausible reasons for equipping an army with the Faceless Goon style helmets? Is there a good reason at all? Please note that its a faceless helmet not a Balaclava or other form of covering but a full on total head covering helmet.

A full helmet provides protection not just to the head, but to the eyes and face as well.

At least one of the images you show are from near future style games/movies. Integrated comms, heads up displays, and low-light/enhanced optics make such a device useful for obvious reasons.

Intimidation, anonymity, uniformity, and so on, all have a value in some situations.

In general, the helmet, due to general bulk and inconvenience (can't scratch an itch, stuffy, etc) probably won't be worn at all times, likely only being donned just prior to action, similar to current military helmets. And for scenarios where they aren't needed, lighter headgear might be provided. But there will certainly be scenarios where the fully enclosed helmet is useful, if not critical.

Additionally, people are wired to pick out faces. A shiny helmet might not help, but something matte or camouflaged could make it slightly harder to pick out targets, giving a fraction of a second or longer delay that the helmeted soldier could exploit.

And, hey, it looks bad-ass.

You can see Riot police covering their faces and name tags so to avoid public persecution, the same thing could happen for soldiers if they are deployed into a civillian zone and if identified could risk their personal lives or that of their families because of the acts they have to commit.

Maybe they are operating a zone of nuclear, biological, or chemical dangers, so the full helmet is needed to protect them from dangers of their enviroment. In this case their uniforms would be completely sealed to prevent contamination.

The very first people to consider that were probably the ancient persians:

Herodotus describes the 'Immortals' as being heavy infantry, led by Hydarnes, it provided the professional corps of the Persian armies and was kept constantly at a strength of exactly 10,000 men. He stated that the unit's name stemmed from the custom that every killed, seriously wounded, or sick member was immediately replaced with a new one, maintaining the corps as a cohesive entity with a constant strength.

Suppose one of your faceless soldiers.gets shot by the enemy and leaves the enemy's sight. Another faceless soldier then engages and gets shot, and again gets replaced. Over time your enemies will be questioning whether they are actually scoring hits, or whether it is even possible to take down that resilient guy. This can reduce enemy morale.

This is perhaps the most likely reason, particularly in earlier cultures. Why?

The most scary and terrifying thing you will ever encounter is an Army of the Nameless Other.

That squad is uniform in appearance and movement, it has tools that you consider dangerous or threatening, and you do not encounter it everyday.

You, a human, are a prey animal and that squad appears to your brain as a hyper-predator.

You will enter flight or fight mode.

Because that hyper-predator is too big and alien for you to mount a proper counter-response too you will prefer flight. There are three exceptions:

That is why protestors in front of a riot squad behave as they do.

Whelp, to me it boils down to heads being very valuable things to protect. They house four of the five primary senses, the third largest organ, several arteries, and the means to both consume nutrients and communicate. That's why helmets are some of the oldest pieces of protective gear.

Now, in modern combat helmets have become slightly less viable due to the sheer power of firearms. Simply put, the amount of material and padding needed to stop a bullet to the face from being lethal makes for a helmet too bulky and stuffy to be worn for long periods, especially in hot environments. If advances in material strength or cooling were made, however, I could imagine a number of organizations adapting much more protective and encompassing helmets.

Ballistic and possible advancements in armor aren't the only factor. Most faceless goons won't be spending all day warring against equally-armed opponents. They're most likely going to be doing things like riot control, raiding buildings for rebels and contraband, and guarding camps full of undesirables. This means a majority of combat they'll be experiencing would be against people that are unarmed, armed with improvised melee weapons, or simply throwing bricks and bottles. In those situations, something as simple as a metal helmet with a hard plastic mask would reduce injuries by a great deal. Full helmets are also useful against shrapnel, a type of damage long associated with guerrilla fighters.

From a stylistic and physiological standpoint, having a standing army with face-concealing has some benefits. Firstly, is it makes it slightly more difficult to count how many soldiers are in a location. Secondly, it makes each of your soldiers look more intimidating and powerful, a trait equally valuable for commanders pressuring enemies into surrendering and for recruiters pressuring young adults into conscripting. Lastly in this category, wearing a mask can make a person feel distanced from their actions, which can lead to them performing acts they would otherwise result to partake in. This would not be a selling point for most organizations, but would be a desirable feature if you were employing these soldiers to oppress their fellow citizens.

The last category I can think of is potential offence, and I don't mean headbutting dissidents into submission (although I would love that propaganda poster). Having helmets that are equipped with air filters can make tear gas a dominant strategy, which would make oppressing the common folk a lot easier. Night vision or some equivalent could mean these soldiers could cut the power of houses or neighborhoods before they raid them, which would make them really hard to fight and evade. Of course, built in computers that link to, say, a database of criminals would be useful.

faceless helmets could be handy for morale purposes in combat. If a faceless ally gets killed next to you it could be less traumatic than seeing the guy you trained with killed. On a similar line of thought bringing faceless soldiers back off the battlefield for medical attention may help to ensure there isn't any preferential treatment.

Faceless helmets could also have an intimidation factor in combat as the helmets give them a less than human appearance, essentially fooling enemies that they have less mercy than a regular soldier or to imagine how horrifying they must be if they need to hide their faces. 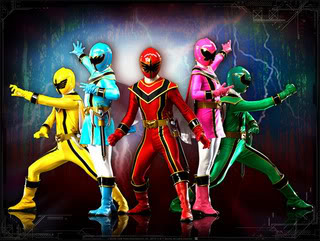 source 1. You can have actors who are easy on the eye and can deliver their lines in the native language of your audience. Then with the helmet on you can have fight scenes with a martial arts expert who looks nothing like your actor but who has got sweet martial arts skills. And you can use those same helmeted fight scenes for versions of your program with completely different actors / languages.

Depends on a technology you use for building the armor

but as an example, it allows equipping the thing with 360-degree vision, which may be controlled by ... whatever you like it being controlled like eye movements even if it may create some problems of being without a helmet, so maybe not the best example, but it depends on technologies at hand.

generally head is most vulnerable and honestly the most important part of the human body, so you would like to protect it as best of your technological abilities. It isn't done that way, because our technological abilities to implement our wishes are quite limited. But if we imagine some future tech, and if one has the ability to keep head functioning after it is ripped off by some strong force, which actually quite doable on smart matter level tech, you would like to have enough of it in head region to be able to do so.

However smart matter armor probably would take a different approach in more than helmet region, soo ... just being in the choir of - why would you like something different if you can implement the whistles. Vision, tactile information on the face, vacuum/underwater/chemicals, sonar vision, information about situation trough taste, tongue; hearing for sure, hairs on the head for feeling danger situation, enemy visual contact - a total sensory overload of everything in the body combined with AI - 6th feeling for real.

So what limits us are technologies - not reasons or what we would like to have as functionality.

Full face helmets can affect your situational awareness by limiting your peripheral vision, telltale pressures of wind on your face and if not done correctly dampen your directional hearing.

Not the answer you're looking for? Browse other questions tagged reality-check military armors or ask your own question.

5
Modern warfare helmets for cat eared humans
15
Why Choose Less Effective Armour Types?
2
Making a historical museum after effectively all artefacts are lost
5
Could the Unarmed Knight be successful in a battle?
8
Feasibility/Logistics of equipping an army with revolver rifles
17
Why would a country with high population suffer from low manpower?
2
Would the Flamebreaker Armor in “The Legend of Zelda: Breath of the Wild” work?
17
Why would a future military field trench coats?
8
Is it plausible for a tribe to have a standing army?