How can a devil reincarnate himself on earth without being noticed?

The devil is alive, and he walks among you.

Eons ago, there was a battle between a powerful deity and a devil from the nine realms of hell. The losing devil, to avoid being killed, broke himself apart into many small pieces. These would be absorbed by children in utero, where the deity could hide and avoid being detected. These children would become the first immortals, where the spirit would manifest when they were killed. Various other immortals would be born throughout the millenias, until all of the devil's remains would be amongst humanity.

Whenever immortals meet, they would be compelled to fight each other 1-on-1 in IMMORTAL KONFLICT! They are transported to a mirror universe that is a reflection of the mortal world. There, they fight to the death to rock music playing in the background with swords, which are an extension of their inner soul and can be summoned or hidden at will by the user. The only way to kill an immortal is to perform a fatality by cutting off their head. Afterwhich, their bodies would remain behind in the mirror world and their soul would be absorbed by their killer. The winning immortal would gain their memories and strengths to make them more formidable in battle against future opponents.

After thousands of years, an event will take place in NYC known as the gathering. The few remaining immortals are compelled to come here and fight the last battles between each other. The last immortal would have absorbed all of the deity's pieces, and become the host vessel for the re-formed devil through which he will reincarnate himself. Back in the day, it was easy to have battles between immortals and keep it our of the limelight. With the 20th century, however, the world has changed. Advancements in technology, such as satalities, cell phones, GPS, cameras, etc, have made being undetected more difficult. why would this mirror world not worm and fail to keep it a secret? Because in the end....

There Can be Only One.

They now fight hidden in plain sight, on the planes of the virtual within any number of console, PC and online games.

To the best of my imagination, it might depend on the personalities of the immortals in play.

A more cautious and paranoid immortal have spent the last two-hundred years in the equivalent of a bunker, upgrading and relocating as time advances. He or she intentionally avoid attention of both other immortals and all authorities. Honestly, most immortals would try to keep something of a low profile in order to hide from their rivals.

You could also have immortals working for powerful organizations in secret, such as governments or hidden cabals. These organization might have a vested interest in keeping the supernatural qualities of their best agents a secret, and support the war between immortals as it makes their agents more powerful.

Lastly, it seems like the only oddity that needs to be hidden is the immortality, as the mirror realm hides the fight and the resulting corpses from prying eyes. As long as the immortals don't paint giant targets on themselves by revealing themselves to either the public or the authorities, they should be fine.

They are transported to a mirror universe that is a reflection of the mortal world. There, they fight to the death [...] Afterwhich, their bodies would remain behind in the mirror world and their soul would be absorbed by their killer.

As Battle pointed out in his comment, there is no way any mortal could find out about these fights. They take place in a parallel universe, and the loser's body is left there. The only thing people might notice would be that two people enter a location and only one of them leaves, so that's what we need to prevent.

First off, you'll need a secluded area with no people or security cameras, where the immortals can warp into and out of the mirror 'verse without being seen. You'll need multiple points of entry, to reduce the chances of any one person noticing that the loser entered the place but never left it. And since we're talking about a secret death tournament for the right to resurrect the devil, you'll want a backdrop a bit more interesting than some run-down warehouse in the Bronx.

So how about this? 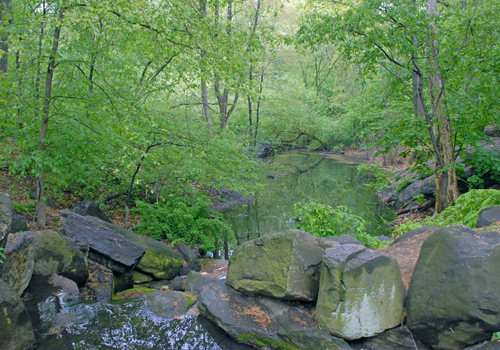 Looks nice and secluded, doesn't it? It's the North Woods area of Central Park: 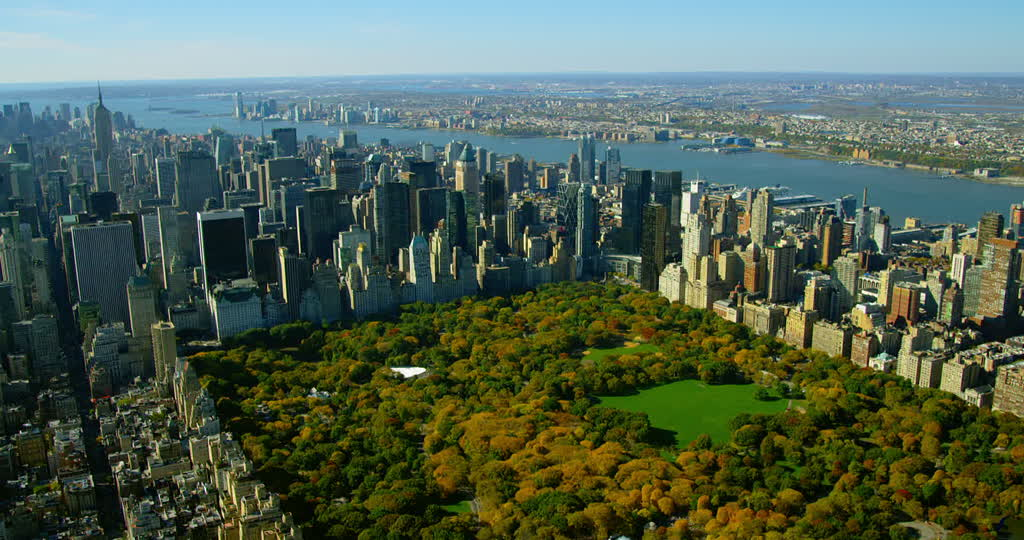 There are over a dozen roads or paths leading to Central Park, so your immortals can take different routes in and out. They can go at night to reduce the risk of running into anyone else in the North Woods; obviously people will see them in the rest of the park, but they'll just assume the immortals are tourists or something. And you can't get much more "New York City" than Central Park.

Include some Immortals in government(provided they are living so long so must have gained good amount of money). Government then can make these wars private or can have a pretext of doing something else fooling normal people.

If someone is immortal, they have the ability to becomes immensely wealthy and powerful thus would have control of governments giving them the ability to cover up virtually everything.

As long as the battles didn't involve massive explosions and didn't take place in main street or involve civilians, nobody would ever know. Any dead bodies can be chalked up to drug gang violence.

Not the answer you're looking for? Browse other questions tagged society cities low-fantasy or ask your own question.

16
How to minimize the threat of guns in present day magic fantasy
1
Eco-Terrorism in Cyberpunk
8
How would an average citizen be able to tell that civilization is about to decline
64
Where can I transform without being noticed?
64
Ensuring an endless war, and an endless stalemate
5
Double checking my world's magic rules for balance
23
How can religions without a hell discourage evil-doing?
2
How can a witch elf ensure that their soul is resurrected?
4
What kind of system can society put in place for a demigod going through puberty?