Use for a giant in a space military?

In this story I am writing, I am trying to figure out a place for a giant race in a military for a galaxy-spanning civilization. We'll call them Meat Boys, for joke sake and namesake.

Their ears are positioned depending on hereditary conditions. If they have ram shaped horns, they are positioned behind the horns and are much larger than normal. If they have giraffe like horns, their nostrils are positions at the back of their heads, the ears will face anterior to the body. This is so their breathing doesn't hit their ears and make noise. Like facing the wind makes that weird noise, because the air hits our ears.

Now they have human shaped hands, with the difference of lacking a pinky finger, with an additional thumb replacing it. Lastly, their legs are like ours as well, but they walk on their four padded toes. It's much more comfortable because they were literally born to do so.

They have superb eye-sight and hearing to make up for their terrible sense of smell. They won't know it stinks till they put it in their mouth. They aren't stupid and their intelligence ranges much like ours. From geniuses to tide pod eaters.

Now that's out of the way, we can get toward the meat of why I asked my question in the first place.

This civilization spans across the galaxy, and the conflicts they face are many. Worlds succumbing to a rebellion, the breakdown of government planetary governments, greedy pirates, and the worst-case scenario that could happen extra-galactic invaders that we'll call Anomalies.

Anomalies are an invasion force that ranges from small dog-sized creatures to giant hundred feet tall monsters. They do have spacecraft and engage in space battles, but their ground force rarely portrays vehicles. They rarely attack, but when they do, dozens of systems fall.

Besides that, what purpose would Meat Boys serve? And I mean any job in the military from logistics to actual combat duty.

EDIT: Okay, how would they be most useful?

There are humans, Elves, Draconians, Greyarchs, Angelics, Demonics, Sapienoids, Halonoids, and Otherlans. All species can withstand G's humans can withstand. Macroids (I figured out the name for the Meat Boys)can withstand less G's, but this is due to technology that can mitigate the massive inertia of spacecraft and aircraft.

-Sapienoids can shock people through touch, up to fatal levels. They are basically machines, but they function like living organisms. I think the term is synthezoid? But they reproduce and have the lifespan of two hundred years.

Now Macroids were space-faring, but they were on the level of us now. They were also originally at war with another dominant race on their planet, Macrins. Macrins were an offshoot that sacrificed some of their brain power for more strength and size. Those ones are extinct now.

Macroids were actually winning, which is why Humans, the first ones to encounter Macroids, helped them. This allowed sharing of knowledge, but otherwise, the smaller Macroids traveled with humans. Bigger Macroid ships were adapted to long-term travel as well because of their own curiosity. Since Macroid tactics were considered inferior to human tactics, Macroids just did what humans told them, commonly stay back and let us do the work because these were scientists not soldiers most of the time.

So with tactics phased out, Macroids didn't have a place except holding a desperate defense and being basically a record keeper for their kind back home.

FTL travel is available due to multiple gate ports that allow for travel from one arm of the galaxy to another within several hours. Humans have stuck to guns because of reliability vs. energy weapons, but their starships weapons have them because of their versatility in space and in an atmosphere as well. The form of energy weapons is lasers.

Personal shields are for ships, vehicles, and infantry. Infantry, however, must utilize a less efficient version that's large and bulky, so they usually don't use it. Medicine is pretty advanced, scanning tech is used to detect objects in the body that would be hard to spot, like plastic. (Plastic shrapnel)

Body armor will protect from indirect projectile hits and even shrapnel in some cases, but you're a goner against energy based weapons.

Anomalies cause systems to fall because they kill, eat the dead, meat, and take any resources they can like metals, semiconductors, and prebuilt materials as well. They'll ignite atmospheres of planets or send them into disastrous circumstances so they can't be colonized again. If they see a desired strategic point, they'll commit genocide against the whole planet's dominant species and just occupy the planet then. Their goal is to wipe out any species that doesn't belong to them, eat whatever is left, and move on. They really defy understanding we have, and they shouldn't exist biologically which is why they are Anomalies.

They are stopped by the civilization because they usually destroy a majority of them as they enter the galaxy, but even the small number that survives will wait somewhere and supplement another attack somehow. There are only 10 to 20 years between each attack, though the gap is sometimes longer.

While there is magic, magic is allocated to a science role as the magic community understands that magic is just something not understood yet. When magic is used for combat, it's usually because it's a bad situation that requires extreme power, because a mages talent can't be squandered if he or she is killed. It is used to devastating effect though.

So how would Macroids fit into a military role? 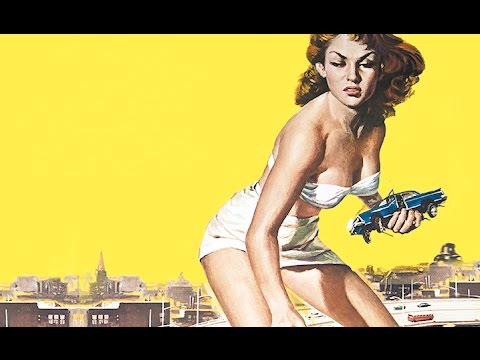 No Star Armada's Infantry Corps would be complete without a company of Giants! They're dab hands at striding into enemy formations, kicking the enemy's butts (literally!) and picking up their armoured vehicles and throwing them around, thus destroying them.

Giants don't need a whole lot of armour and don't really need weapons, though this tough warrior girl could easily carry a couple of these laser cannons and get down some seriously tough action!

And when the fighting's done and the enemy are all squashed or lasered into submission, she looks like she's ready for night in the officers' club!

Not all giants are quite so warlike, however. Voltons are apparently rather peaceable, gentle giants. They'll fight when need be, but would rather take the peaceful path.

Don't mess with Tusk-anini unless you're prepared to pick your own arse up off the floor after it's been kicked a football pitch away!

Leave them at home (mostly)

The old Yoda adage that "size matters not" is not true on a spacecraft. Assuming that this is a space-opera-ey universe where there are still humans and humans-in-rubber-suits acting as pilots, engineers etc rather than everything being run by AI, a being of pretty much any size can perform any crew function. The best race to do this will be small and not at all claustrophobic. That way, for a given ship size and crew number the minimum volume and mass can be used on living quarters, life support machinery and life support consumables, which means that a greater proportion of a ship can be dedicated to mission-oriented capabilities (more cargo, more munitions, higher performance engines and so on). This will matter in any space battle, but especially in phase 1 of an Anomaly attack.

So do not use Macroids in spaceship crews at all. Unless the Macroids are tactical geniuses with vastly superior spatial awareness, crewing a ship with them will just make that ship much lower performance compared to one crewed by any of the other races.

The second phase of a war of consumption with the Anomalies will be on the surface of the planet. If the Anomalies have orbit-to-surface weapons that can kill inhabitants without rendering them inedible, phase 2 will consist of orbital bombardment followed by a buffet before the planet is thrown into a black hole (or whatever). However, if the Anomalies need to use lower-power weapons in order to avoid spoiling the meat, phase 2 will turn into a war of extermination on the planet. Note this distinction - given that the Anomalies are not looking to occupy this real estate post-lunchtime, there is no "seizing and holding ground", it is just "kill, snack, scorched earth time". In this situation the role of the defenders is to kill everything incoming, preferably using shielded vehicles (including drones) - infantry are just soft targets with no advantages. As with spacecraft, vehicles will be most efficient with the smallest percentage dedicated to crew, so do not use Macroids. (Also, if you lose then each Macroid is a really nice Big Mac meal for the Anomalies, and you don't want to reward bad behaviour.) The simple fact is that big animals / giants are simply big easy targets for today's small arms (for example see the responses to this question) let alone those from a space opera universe.

So, what can you use them for? Only two possibilities come to mind. One is the classic science-fiction trope of "primitive planet where space travellers are not allowed to use their technology". Definitely include the Macroids in the contact team - they can impress the natives and lift heavy things without needing to reveal even primitive engineering devices.

The second possibility is in a situation of civil discontent that has not yet escalated to serious physical attacks. Macroids are ideal riot squad troops - no one with two functional brain cells will want to pick a brawl with them and they can probably pick up individual troublemakers without having to fight their way through a riot mob. More importantly, their lack of a sense of smell allows for all sorts of delightful options for really unpleasant but non-lethal riot control gases - skunk scent comes to mind. As for planets with a Macroid population - any other race will have a very hard time performing riot control duties without massive exoskeletons.

Not the answer you're looking for? Browse other questions tagged space military or ask your own question.

5
How feasible is a man-portable firearm capable of incapacitating a large dinosaur with twentieth-century technology?

8
Can we identify black holes in our path flying between the stars?
23
The role of anthropomorphic foxes in a medieval army
9
What are ways a horned alien race could wear space helmets?
2
In this universe with these technologies would HUMAN infantry still be useful for the military?
3
What is the best age to start training young children for warfare by an elite military?
1
How does one defend a military depot against Nazi-ish Sasquatch-vampires in a continent-sized post-apocalyptic wasteland?