There are already good climate classification systems such as the Köppen Climate Classification. We do not need to redefine those or list the climates. Instead we are looking to described the processes that result in these climates and use that to inform the creation of a map that has a realistic climate distribution.

Movement of air masses: Hot air rises and cold air descend, it’s a convection movement like the one you can observe when boiling water. The air flows from the high pressure zone to the low pressure zone. The hot air expands and rises in the atmosphere. This is drawing the air towards the hot areas that are in fact, low pressure. Cold air contracts and will eventually sink. When the air is descending on the land, it means that it’s a high pressure zone.

4 Areas of low and high pressure: As a general rule, these ‘’areas’’ move closer to the North Pole during the northern summer and closer to the South Pole during the southern summer. The movement is more pronounced over land than over the oceans, especially if the landmasses are located over the 30th parallel. This is because the temperature over the land has a larger variation throughout the year than the temperature over the oceans.

These are just general guidelines to set the ocean currents. The land is a really big factor influencing them. Here’s a good map for reference: http://upload.wikimedia.org/wikipedia/commons/6/67/Ocean_currents_1943_%28borderless%293.png

• Don’t forget that when it’s summer in the north it’s winter in the south. (Unless if you are in Walvis Bay, there is only one season there.) 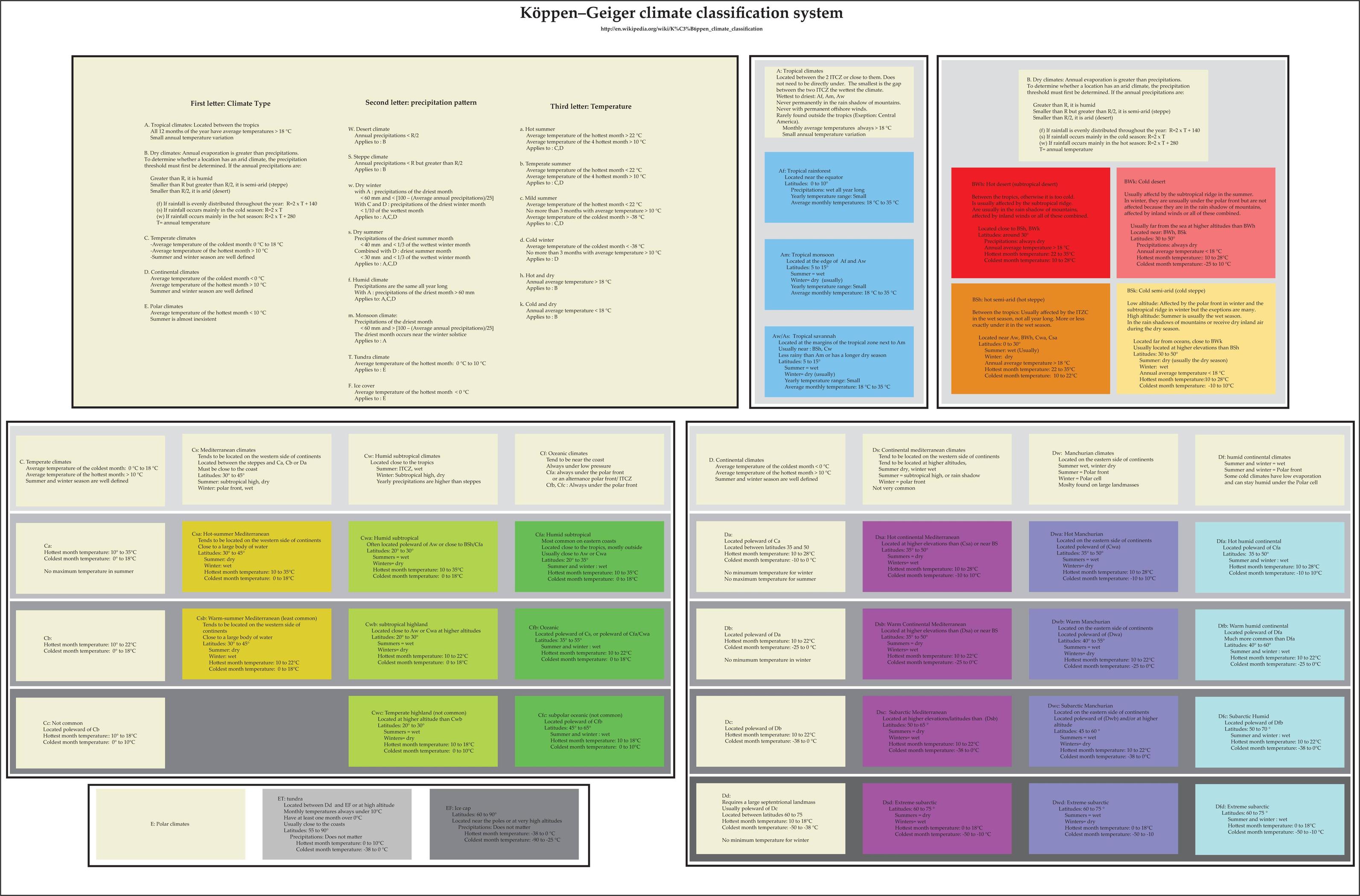 In meteorology, there is a very useful concept of Hadley cell. The biggest insolation is at the equator and from there, the heat has to be transported to the poles. In this process, hot air rises at the equator, because it is lighter than the cold air. The hot air cools down as it expands, which decreases its capacity to hold water and consequently, there is always lot of rain around the equator. The dried air then moves polewards. During this process, it turns eastwards because of the Coriolis force. Here, the rotation speed of the planet starts to be important. When the air completely turns eastward, the Hadley cell is disrupted and the air start going down. It becomes hotter and therefore dry, as is contains not much water. At the end of the first Hadley cell, there are usually deserts. For Earth, this happens around latitude 30°. Slowly rotating planets, like Venus, will have its Hadley cell uninterupted and this will not happen until the poles. Quickly rotating planets would have deserts and eastward winds much closer to equator - maybe there would not be big deserts at all, since they would merge with the rainy equator region completely.

Not the answer you're looking for? Browse other questions tagged science-based climate worldbuilding-resources currents .

106
A list of worldbuilding resources
13
How do I figure out my planet's biomes and weather?
16
How could constant or near-constant rain in an area be possible?
7
How do I create realistic geography?
24
Creating a realistic world map - Vegetation/Biomes
12
Are human languages influenced by the climate?
12
Centralised continent, with sea/wind currents?
11
Determining climate and biomes in a non-planetary setting
12
Day and night temperature on an Earth-like planet with longer rotational period
7
Can I eliminate a dry continental high pressure spot inland by adding a huge body of water in the middle of it?
See more linked questions